Thousands of sunseekers headed to Thanet beaches over the hot weekend – but unfortunately many did not take their rubbish home with them.

Thanet council appealed for people to think about using other beaches and bays in the district so that social distancing could be maintained.

Speaking on Radio Kent this morning (August 10) council leader Rick Everitt said the crowds were expected but resources had been in place.

He said: “We were getting the message out and reminding people that we have 16 beaches.” 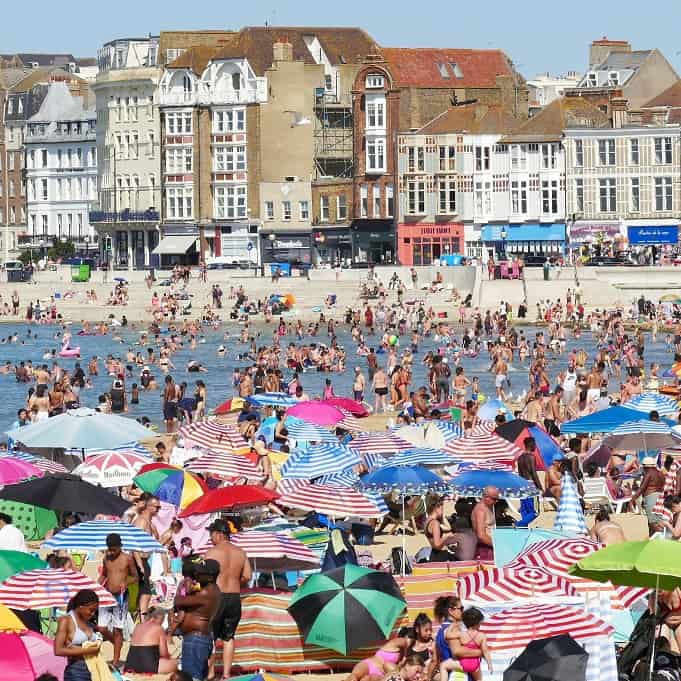 He said it was ‘not practical’ to tell people to go home. He added: “We make sure we have enough staff and bins out there, we talk closely with the RNLI (about) numbers of people on the beaches.

“People are going to come, government policy is that people can come to the beaches so we just have to deal with that.”

He added: “We do appreciate that everybody is affected but we are a seaside area.”

Cllr Everitt said the numbers of visitors this year was “an unusual degree” but he did not think outdoor interaction would make the beach crowds “a vector” for spreading the Covid virus.

There are some 300 extra public bins available for use across the isle but rubbish was still left on the beaches.

In Margate on Friday evening the Rise Up Clean Up volunteer group went out with 40 volunteers.

They collected 71 bags of rubbish in 90 minutes, along with several large items, such as a boat, parasols, beach inflatables.

Founder Amy Cook said: “The council provided us with a special rubbish truck at the end of the clean, so that we wouldn’t have to put the bags in the public bins. Lots of people were really shocked and upset by the levels of rubbish left on the beach.”

The Friends of Botany Bay and Kingsgate also collected an extraordinary amount of litter during their clear up event last night (August 9).

He added: “Volunteers cleared lots of litter – at least 15 large sacks, and there was a great social atmosphere with a few drinks and nibbles after

“The Thanet council cleaner was there. He was working flat out so we were glad to pitch in and get the beach cleaned and prevent another load of plastic ending up in the sea.”

Cllr Steve Albon, Cabinet Member for Operational Services, said: “Huge volumes of litter were collected by the council this weekend as visitors to beaches, parks and open spaces left tonnes of rubbish behind. A big thank you must go to all our staff  who worked hard in extremely hot conditions to clear these spaces in time for people to enjoy the following day.

“As part of our Beach Management Plan, we have put out nearly 300 extra bins in key locations and increased the number of litter pickers and bin collections in response to the expected number of visitors. The plan continues to prove effective at targeting resources where it is most needed.

“The cleansing supervisor works closely with concessions and bay inspectors to ensure beach cleaning teams are sent to the areas most in need. The bay inspectors are also supporting the cleansing service by issuing rubbish bags to the public, warning people who litter and monitoring bins.

“We are urging residents and visitors to take waste home and dispose of it responsibly, rather than leaving it next to bins. There is no excuse – if you can carry bottles and cans to the beach, then you can take them away again.

“A special mention must go to our wonderful volunteers who pick litter and make such a big difference to our beautiful beaches. It is a great testament to the community-minded people in Thanet that they take great pride in where they live. We continue to work with partners and community groups on campaigns to remind people to take responsibility for their own waste and respect the environment around them.”

Find the Friends of Botany Bay and Kingsgate on facebook here

Find Rise Up Clean Up Margate on facebook here