A card from the Queen and a visit from the Salvation Army will mark the 100th birthday of Ramsgate resident Irene Gowers.

Irene has been part of the Newlyn Residential Home family since 2019 after moving from Sheerness.

Newlyn manager Toni Selfridge chatted to Irene (both pictured below) about her life. 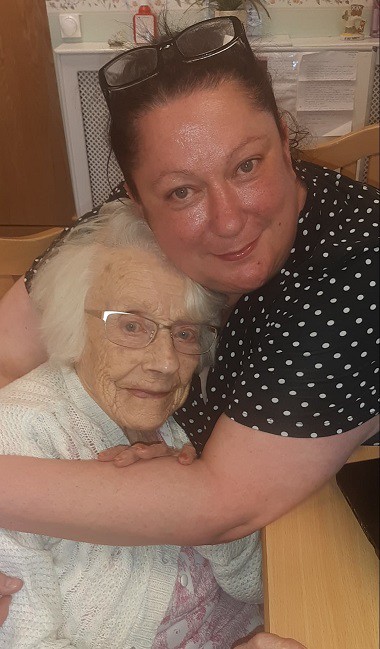 She said: “She remembers going to Salvation Army Sunday school as a child and she used to visit her grandma in London. Irene remembers having a ride on a camel and an elephant in London Zoo. She was in the Girl Guides as a child.

“During the war Irene made Jettison tanks in the paper mill. She also remembers fondly being a cleaner at The Mission Room school in Sittingbourne. She had one sister, Ivy.

“Irene was married twice. In her first marriage she had her son Trevor. Then when she was married the second time she took on her new husband’s children, Roger and Susan. She said she never thought of them as anything but her own. She didn’t drink but remembers when her dad had an allotment they used to make rhubarb wine. Irene had a sip and it made her squiffy! 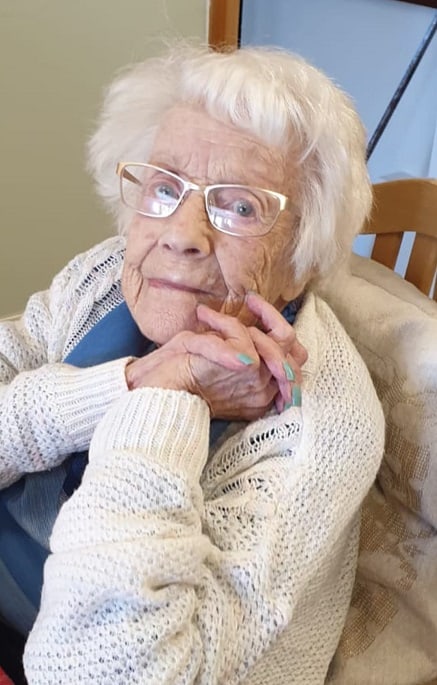 “Irene says she doesn’t know the secret of reaching 100 but she thinks it’s because she is lucky and has lots of people around her that love her.

“She is proud to have stood next to the Queen once and says Her Majesty isn’t much taller than her. She also met (comic actor) Richard Hearne – Mr Pastry!

“Irene is a wonderful kind lady.” 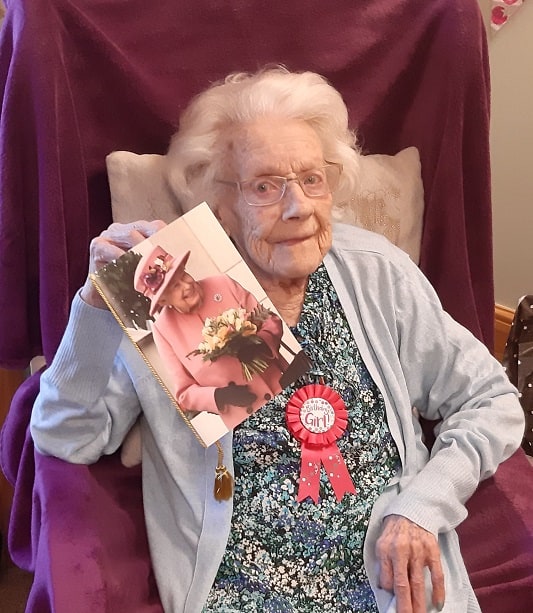 George V was on the throne