Residents in Botany Bay are being asked to take part in a consultation aimed at solving ‘parking hell’ which takes place every summer when people flock to the beach.

People living in roads close to the bay have complained of verbal and physical abuse from motorists parking across and even in their driveways. They say there are also vehicles crammed in uncontrolled parking streets meaning many residents are unable to access their own homes.

Last year a public meeting was held to discuss the problems and talk about using a residents’ parking permit scheme to resolve the issues.

Resident parking permits would cost around £74 per year. Blue badge owners could park without a permit as long as the blue badge is displayed in the car window. 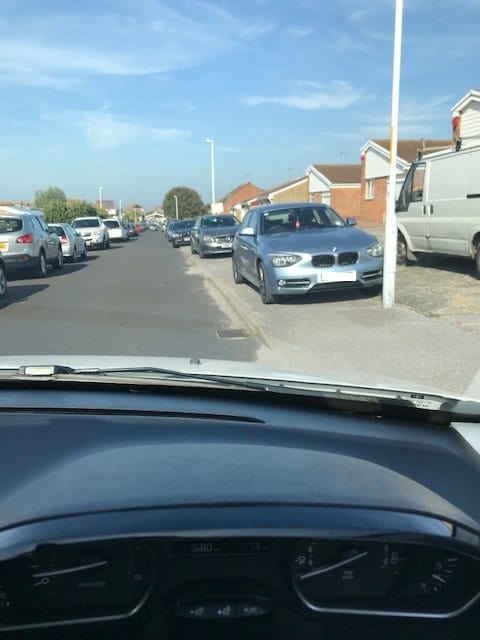 Resident Alan Munns said: “The situation has become totally unsustainable. Not just for residents but for the beach which lacks the infrastructure to cope.”

During the lockdown the area was log-jammed with cars and, due to a lack of open facilities, numerous complaints of visitors using public areas as a toilet.

Since then Thanet council has reopened public toilets and stepped up enforcement with both its own officers and a private security firm.

The meeting dissolved with the decision to set up a residents’ working group to liaise with Thanet council, KCC representatives, the police and others to try and identify a solution.

Barry Manners, one of the group members said: “We started like a bad episode of The Apprentice, just a group of locals in the pub brainstorming every conceivable solution to the issues – however far-fetched or ridiculous. We included every issue raised by residents at the meeting. By a process of elimination we believe we have the beginnings of a solution – and that’s a resident parking scheme.”

It’s a view that has been supported by South Thanet MP, Craig Mackinlay.

Mr Manners said: “Mr Mackinlay has been incredibly supportive in opening doors and helping us identify the solutions. He believes the scheme is the best way forward and has promised to support the resident parking scheme if residents want it. He’s stepped up to the mark and even posted the documentation to all residents.”

Mr Mackinlay has also written a letter to residents in the affected area, saying: “It is not a perfect solution; perfection would probably not ‘fit’ within the strictures of legislative constraints and local formulas……..however there is broad consensus that it would be a massive, essential first step forward in reducing the overcrowding of residential streets at peak times.”

Consultation forms have gone to residents in: