At the beginning of this month (June) the Powell-Cotton Museum at Quex Estate made a prominent statement in response to the Black Lives Matter protests being staged globally.

The museum displays the collection of hunter and explorer Major Percy Powell-Cotton and those of his daughters, Antoinette and Diana Powell-Cotton.

This began as a single-room collection in 1896 and now comprises eight galleries and a passage gallery dedicated to an extensive collection of large mammals and artefacts representing the locations Powell-Cotton visited.

The Powell-Cotton Museum has pledged to ‘decolonise’ the museum and represent its collections to readdress the balance, make space for the people on display to have a voice and show history – good and bad – with honesty and integrity. 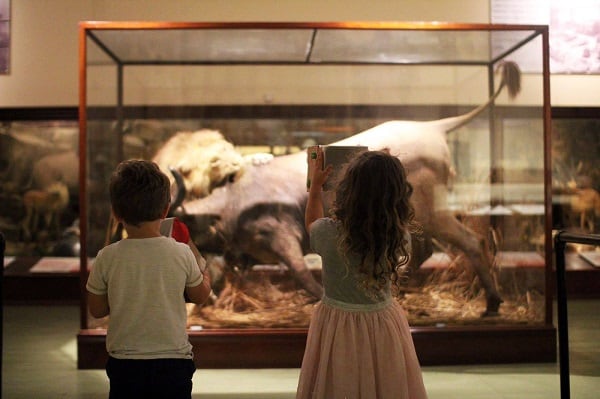 In a statement earlier this month the museum said: “The Powell-Cotton Museum stands as an ally of the Black Lives Matter movement.

“We recognise that our historic collection is steeped in racism and colonial oppression. We would like to apologise for those past actions but know that an apology is not enough.

“We acknowledge that today we remain a predominately white workforce that does not reflect our audiences or the communities represented in our collections.

“This statement is a public declaration that we recognise these failings and the need for real change. To this end we have instituted a broad and in-depth programme of de-colonising our museum and re-presenting its collections.”

The work is the start of public engagement on a strategy that has been going on behind the scenes at the museum for the last 18 months.

In their own words the Powell-Cotton Museum team explain what they hope to do and why:

“Over the coming weeks we’ll be answering key questions on why we think now is the moment for significant change in our museum. We’re starting by examining the history of museums, what it means to decolonise a museum, and why we should do it.

Museums sprung up across Britain in the 19th century in a close-knit relationship to Empire. Merchants used museums to learn about products they could exploit in the colonies and soldiers and colonial administrators used museums to learn about the places they were to govern. Back home, museums were propaganda, providing the British public with evidence of why the British Empire was good and necessary.

So, whilst museums were filled with the art, craft, heritage, natural resources, ideas and identities of people and places globally, the way they were exhibited and talked about with the public was always from a European point of view. This European perspective was often derogatory, racist and almost never included the opinions of the people being represented. It was a view of the world intended to cement and justify White, European domination.

If museums were built as tools for colonial expansion, what might a decolonised museum look like today? Decolonising the Museum aims to address the silences of the past, acknowledging privilege and adjusting balances of power. It is a process of returning context – if museums are going to talk about colonial exploration and expansion, the discussion needs to be inclusive and transparent, looking at how it affected everyone, not just those people who gifted objects to museums.

Museums today are places of social change. They need to work in collaboration with communities and not just for communities, where they continue to make all the decisions. People represented in museum displays often have no voice, no self-representation, because of hundreds of years of prejudice. With overwhelmingly White European workforces, it is not just a case of museums ‘doing’ decolonisation themselves, but about making sure communities represented in museums, and who visit museums, can speak on their own terms.

We also think decolonisation is not:

As always we value your contributions to the discussion and if you have any further questions please feel free to email collections@powell-cottonmuseum.org “