Tributes have been paid to “a wonderfully crumpled man with a beautiful soul” who was a pioneer of Thanet archaeology and ceramic and pottery specialist.

Nigel Macpherson Grant died last month at the age of 73.

Described by friends and colleagues as a truly unique man, Nigel was famed for his beanie hats, sandals, roll ups and, above all, his extensive knowledge and passion for history, archaeology and the tales behind the ceramics unearthed.

Nigel had been involved with Thanet archaeology from his early years at the Powell-Cotton Museum at Quex Estate and excavations at Lord of the Manor from the 1970s. He spent many years sharing his expertise on archaeological ceramics and has been credited by university students for personally helping them with thesis work and also by an army of volunteers for teaching them in a ‘kind and gentle’ way as they took part in their first digs.

In later years Nigel’s invaluable contribution to the Trust for Thanet Archaeology was to organise the ceramic material in its archaeological collection at the Antoinette Centre in Birchington into an exceptional learning resource, giving depth to the information that can be gained from material stored.

Earlier this year Nigel became President of the Isle of Thanet Archaeological Society but never had the chance to thank members at the annual meeting which had to be cancelled due to the Covid-19 pandemic. 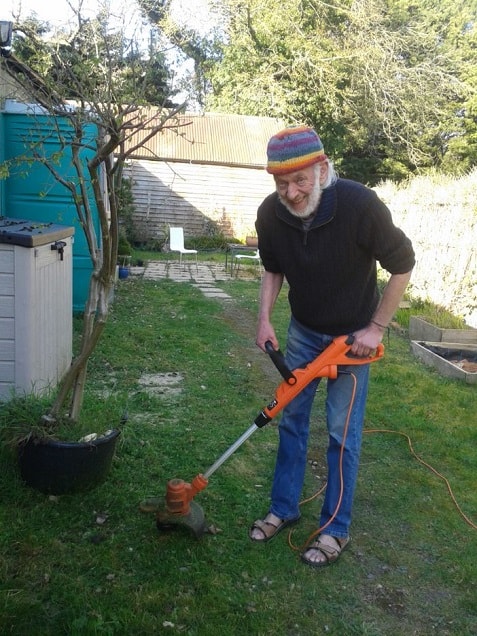 Nigel became unwell on May 23 and despite telling close friend Timandra French that he felt better the next day, he passed shortly afterwards on May 28 at his home in Margate. The cause of death is yet to be established.

Many people have posted their tributes to Nigel on the Trust for Thanet Archaeology website, remembering a ‘gentle’ man of intellect and enthusiasm who lived life in his own unique way.

Timandra, who had been a close friend for more than 40 years, remembers Nigel in this beautiful tribute:

“I first met Nigel in 1976 when I was driving along Haine Road, on my way to Uni, when I noticed a wild haired man putting up a tent in the wheat field, which went on to be the first of a number of archaeological digs at Lord of the Manor. I stopped on the way home, because my curiosity got the better of me and I asked him what he was doing. That was the start of our 44 year friendship. He was a soulmate and a very dear, loved friend.

“He died alone, and that saddens me greatly, but Nigel was a bit of a loner in life. He was quite a shy, humble, reserved man, who found speaking in public quite daunting. He had his demons, as we all do, but I am truly staggered by the amount of esteem and love that people had for him, which sadly, he never really knew.

“Everyone I have spoken to have described him as a lovely man, an amazing man, a man with a huge, caring heart. He lived in his own world which was quite unique and that was Nigel and it’s why we all loved him.

“When I think of Nigel, I see a tall, lean man with wild hair, brown in the initial stages of his life and grey for about the last 30 years. He always wore sandals, whatever the weather – one day he arrived at my house in his sandals and it was snowing outside – his feet were blue but he said he was fine. He had Hobbit’s feet. Various people have bought him shoes over the years, but he always gave them away to charity.

“He usually wore beanie hats, often till they rotted! It was his way of covering the home-cut wild hair. The one his is now famous for – his rainbow beanie, was bought by me, several years ago for a birthday. When he opened the package, he said “Oh, nice…” which to me meant “I’ll not be wearing that!” but he was far too polite to say so. I encouraged him to wear it, and one day he plucked up the courage and did so (or maybe his old one crawled away under its own steam)  – and got so many compliments that it became a permanent fixture. 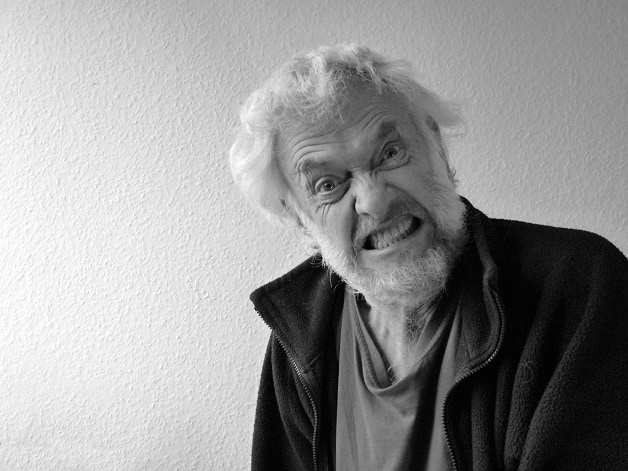 “Jeans, T shirts, jumpers in the winter and a denim jacket were his mainstays. Again, people (mainly women who felt sorry for him and tried to ‘mother’ him) bought him expensive jackets, but they were found hanging up in his flat, still with the labels attached. His ‘odd’ appearance did not match the genius that he was, just emphasising the fact that you should never judge a book by its cover.

“He wasn’t good with modern technology; now you are probably thinking computers, mobile phones….but I mean washing machines, central heating and hot water. Nigel was happy without these for most of his life, leading a spartan existence. I always felt that he had been born in the wrong century.

“Everyone found him interesting to talk to, and one close friend described him as ‘never short of speculation about anything, anywhere, anytime. He had a searching brain. He was a one off, he didn’t live in a box, didn’t think in a box, and you had to try and keep up with him sometimes. His strength was that his mind floated in all sorts of ways, came in the back door and on the way had discovered something.’ 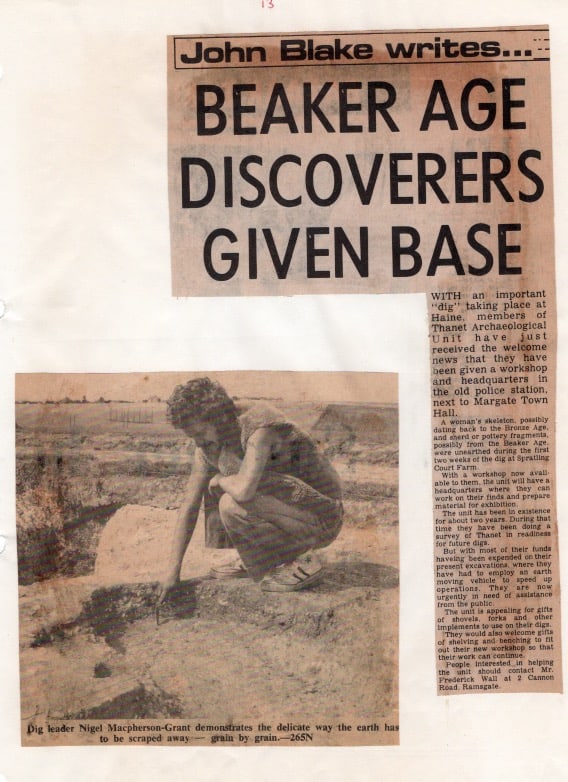 “He was an exceptional person, giving sizeable monthly donations to Family for Every Child,  Scope, The UN refugee Agency, Medecins Sans Frontieres and the Aspinall Foundation. He cared deeply for those less fortunate than himself and always gave some money, and sometimes his shopping, to homeless people.

“I have many happy memories of him, from the days at Lord of the Manor in 1976, when he lived in an old blue caravan that smelt of onions, the results of eating onions, mixed with the odd waft of wacky backy. They were the halcyon days of our youth and Lord of the Manor became something truly special to all who took part.

“Days out in the mist, trips to Ask restaurants and pubs for light lunches, walking in the rain, driving around the countryside listening to Snow Patrol. Long profound conversations where he would dart off on tangents. He came to stay with me for two years and I felt truly enriched by that. We had some hilarious times then, competitions over bodily functions, laughing until we cried.

“He lived his life latterly by the ‘I ching’ and I wonder if he saw his own death. We have had many conversations about 2020 being an enlightening year and he said that there was change in the wind. Little did either of us know quite how life changing the year would become. 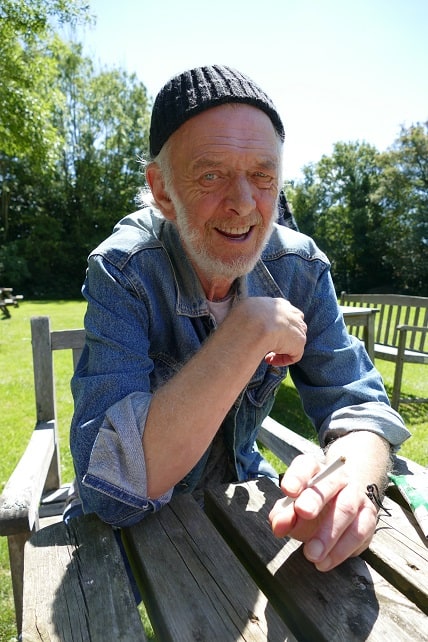 “The last time I saw him was a meeting in Dane Park as a celebration of our joint birthdays – decadently eating croissants and drinking wine, at 11 in the morning, whilst sitting socially distanced on a picnic blanket. Such an idyllic few hours, neither of us knowing they would be the last time we spend time together.

“His knowledge of archaeology, in particular pottery and ceramics, was second to none, and the archaeological world will miss him greatly, I’m sure. He was passionate about pottery and whatever you showed him, his eyes would light up like Disneyworld, and he’d tell you what date it was, where it was from and what it was used for. He was the Google of archaeological pottery.

“He was an inspiration to me and countless others. We will all miss him immensely, especially his beloved pigeons,  Willoughby in particular, and the seagulls that he used to feed from his window, oh, and the mouse, who he used to feed biscuits.”

A date for Nigel’s funeral is in the process of being arranged.