An amended plan for a scaled down extension of the Bethesda Medical Centre in Palm Bay has been approved.

The new application for a two storey side extension, with balconies at first floor level to rear, to provide 14 consulting rooms, a clinical pharmacy, health promotion room, administration room, waiting areas, toilets, storage rooms and lift, together with an additional 14 vehicle parking spaces, was given the green light by Thanet council last week.

The application is a reduction of the original £6.5million plan – approved in 2018 – which included the use of the former coach park to provide an extra 48 parking spaces.

The coach park has now been withdrawn from the plans due to the tight timescales imposed by funding requirements and the time it would take for the land owner to procure its use. The expansion will now be built within the existing site boundary.

The development will include the erection of a two storey side extension with balconies at first floor level to rear. This would enlarge the building towards the east and the existing car park, which provides 47 spaces including for ambulance and pharmacy delivery vehicles, will be expanded to 63  parking spaces.

A total of 28 solar panels will be added to the eastern roofslope, facing the car park. for renewable and low carbon development.

Opening hours will be Monday to Friday from 8.30am until 6.30pm.

The original plan was for Bethesda and Northdown GP surgeries to merge but these were ditched last year with talks centring on the two surgeries working alongside each other but as separate practices, according to minutes from the Patient Participation Group.

The original plans, revealed by The Isle of Thanet News in December 2017, were to create a new “one stop shop” for people in Margate, catering for up to 32,000 patients with medical and nursing services in one place. That number has now been reduced to around 22,000 but is expected to increase to 26,000 by 2029.

The aim is for the Bethesda centre to include specialist clinics for physiotherapy, audiology, ophthalmology, ultrasound and minor surgery, for patients from Margate and beyond – services which are currently only available in hospital.

The plans are for the centre to also have a gym for physio. 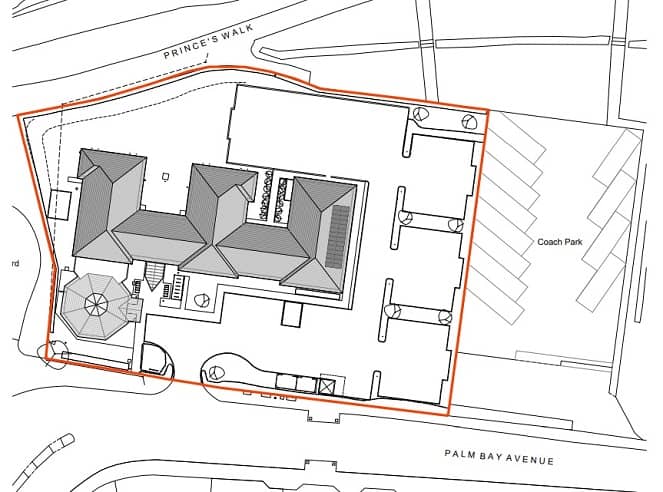 The existing Bethesda medical centre is now  significantly undersized for the number of registered patients following the closure of the surgery in Union Row.

The planning document states: “The benefit of  these facilities  to the  local  community  will  be  considerable.  In addition to this, training facilities will be much improved  to  encourage  both retention of newly trained  GPs and promote development of new GPs for the Thanet area.”

The number of full-time GPs in Thanet fell by a quarter between 2015-2019 according to analysis released by the Trades Union Congress (TUC) at the end of last year.

Data collated by the TUC showed that although patient numbers had only risen by two per cent in the same timescale the isle was in need of 40 more GPs to reach a one GP per 1,600 patients ratio.

According to the research Thanet currently has an average 2848 patients per GP. At a national level the number of GPs has fallen by nearly 1,000 since 2015.

Doctors’ leaders say the average number of patients GPs should have on their list is 1,600 in order to provide a high-quality service.

A second GP provision phase is currently being planned by health bosses to address the future increase in patients  in 2029 and beyond. This phase two development will also  provide a Primary Care Hub, similar to the original Bethesda plan and is expected to be sited at Westwood.