A gaming livestream event organised by Margate support worker Callum Pease in memory of his mum Sharon has raised £860 for Pilgrims Hospices.

Callum, 22, runs an annual charity football match to raise funds for the charity but due to the covid restrictions this year the game had to be cancelled.

But enterprising Callum decided to put his gaming skills to use with a Runescape challenge.

The fantasy game is a multi-player platform which Callum hosted via his MrBisonGaming streaming site.

Having put work on his site aside to look after his mum last year, Callum thought the event would be quite low key but players from across the globe joined the game and made donations for the hospice appeal.

Callum said: “Due to covid-19 this year I had to cancel our charity football event. I wanted to still do my bit but as a keyworker I had to plan around work and help my grandparents,.

“One of my friends showed me that Pilgrims Hospices were suggesting people streamed events so I thought it would be a great idea. I set a goal of raising £200 as due to covid people were having a hard time and also I was making a return to streaming and not many of my friends knew about it.

“i didn’t think it would pull much traction nut then people overseas started making big donations to support the cause.” 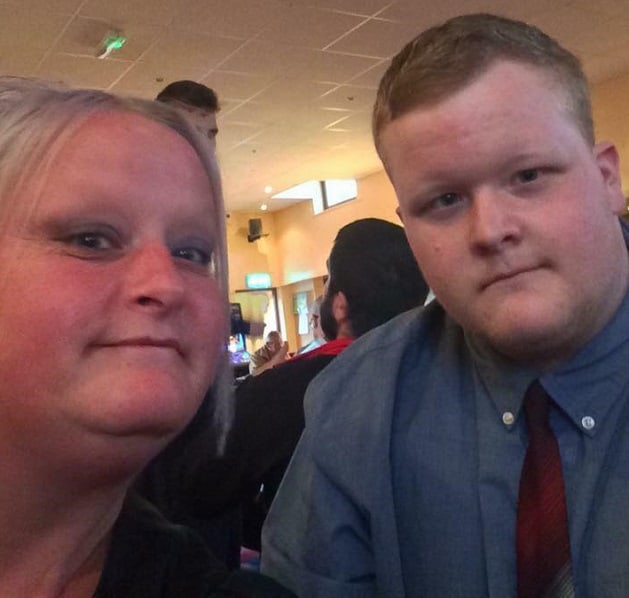 Pilgrims Hospice in Margate cared for Sharon after she was diagnosed with terminal cancer in 2018.

Sharon, who had battled numerous medical problems including a crumbling spine and brain aneurysms, passed away at home last year.

Callum said: “I think some people are unaware of the amount of care, time and also happiness the Pilgrims Hospices brings to people and what they give back. By beating my goal it proved to me that whilst in lockdown the work of collecting for charities like the hospices can still be done

“I promised my mum I would do something every year in her memory to help support people who were in her shoes and my own and this was my way of doing it this year.”