A Traveller group that arrived at Dane Park on May 31 has started to leave today (June 5).

Around nine motorhomes remain out of the estimated 24 that were on site. The group had travelled from Hampshire and told ward councillor Gary Taylor that one of the children had tested positive for Covid.

During their stay there had been complaints of damage to the football pitches used by Thanet Colts – now merged with Ramsgate FC Youth team – due to quad bikes being driven, and spun, over the grounds.

However, the majority of the group left this evening and one resident says there ‘appears to be minimal rubbish’ left behind. 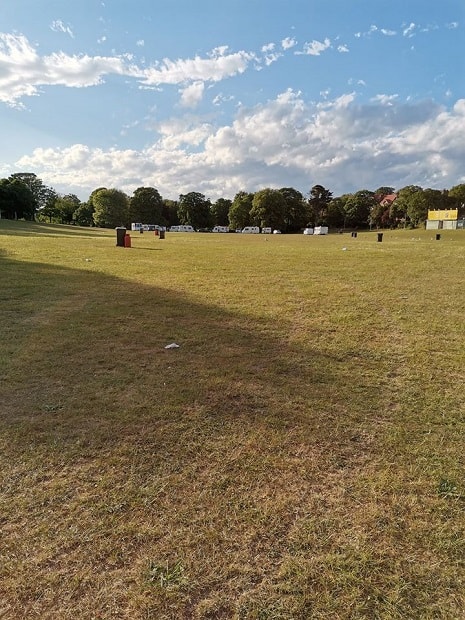 Government guidelines are that to minimise risk during the national coronavirus emergency, unauthorised encampments should not be evicted.

Local authorities are encouraged to adopt a negotiated stopping approach for unauthorised encampments instead.

The Friends, Families and Travellers organisations says that in light of the known health inequalities within Gypsy and Traveller communities local authorities should take action that is based on the level of risk experienced by these groups.

Friends Families and Travellers have created guidance for people living roadside or on Traveller sites, including an audio version for people with low literacy.