A retired building industry worker from Broadstairs says lives could be put at risk due to the number of vehicles blocking roads close to Botany Bay.

Rob Knight lives in Foreness Close -a small road that looks out on to Botany Bay. He says the massive volume of traffic coming to the isle as people want to use the beaches during hot weather means vehicles are parked in the close, on grass verges and blocking the way should fire or ambulance crews need to get to a property.

Last weekend Rob was cooking a pan of fat on overheated and caught alight. He wet a towel to extinguish it but the fire had already spread to the cooker hood and he had to put it out with a kitchen extinguisher.

But, he says, had he not been able to control the situation, properties could have been damaged and even lives lost because fire engines would not have been able to get past the parked vehicles to get to his house. 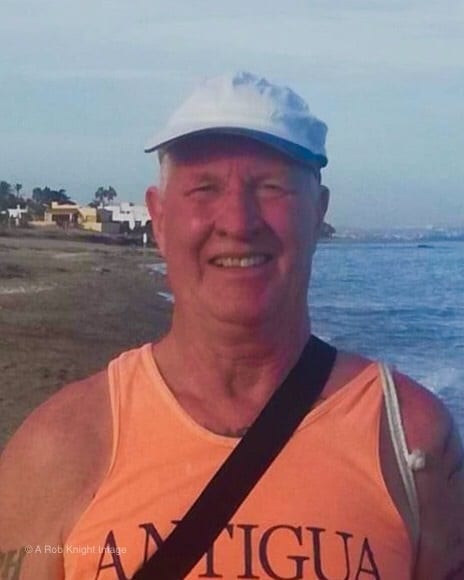 He said: “My quick action alleviated any escalation. If the brigade had been called they would not even have made it into the close. I was lucky and so were my neighbours as by the time any clearance could have been made for fire engines the whole block would have been alight. 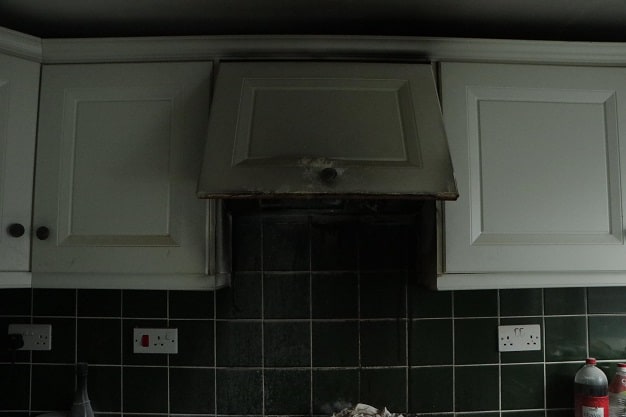 “Action needs to be taken to put parking restrictions in place or before long loss of property or life will occur.

“The problem is the close is being used more and more by tourists, it used to be a hidden gem. The infrastructure all round Botany is unable to accommodate the massive volume of traffic wanting to access the Bay.

“The west side is served in the main by Botany Road with additional traffic joining from the Palm Bay side. All this traffic is concentrated into a tiny car park that holds about 15 cars so consequently all the adjoining roads are almost totally blocked with traffic parking both sides of the road and on the grass verges.

“The issue with Foreness Close is that there are no yellow lines so the whole of the path leading into the close is blocked with cars on the pavement.

“Anyone walking down the close has to go in the road, so there is no access for anyone with a pram or wheelchair.

“Even if a fire engine did make it down Botany Bay there would be no access through the emergency barrier in the car park as once this is full of cars the barrier is inaccessible.” 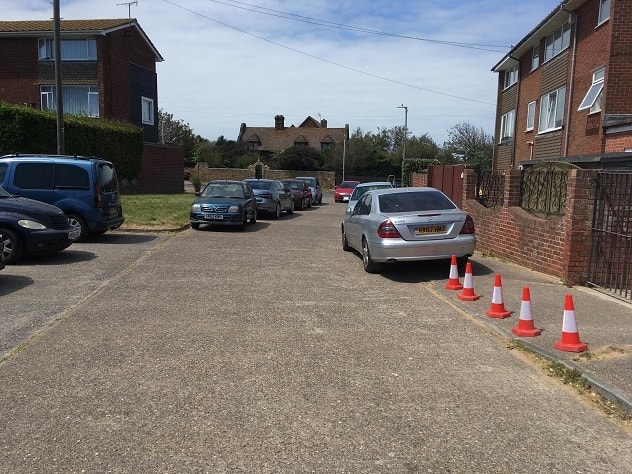 Rob has contacted both Thanet council and Kent Fire and Rescue Service. The council says civil enforcement officers are aware and will continue to take action in this area. However, they are only able to take action against vehicles parked on restricted lines or enforceable bays. If a vehicle is causing an obstruction it becomes a police matter.

Thanet fire crews will liaise with the Multi-Agency Task Force to see if they can offer any solutions to the problem.

Mark Rist, KFRS Assistant Director for Response, said: “We would encourage people to always park considerately and to ensure there is plenty of space for an emergency vehicle to pass.

“Blocked roads can delay our crews when responding to an emergency, as they have to knock on doors and get the vehicles moved. Such obstructions can also force us to change our tactics, possibly requiring us to lay out longer hoses.”

A request for yellow lines in Foreness Close has been made.