Police are appealing for witnesses to a large beach brawl in Broadstairs yesterday (May 25) to come forward.

The fight between two groups on Viking Bay, reported in The Isle of Thanet News yesterday, broke out at around 4pm in front of families on the beach.

Kent Police was called at 4.15pm. No serious injuries were reported.

You can also contact the independent charity Crimestoppers anonymously by calling 0800 555111 or using the anonymous online form at Crimestoppers-uk.org 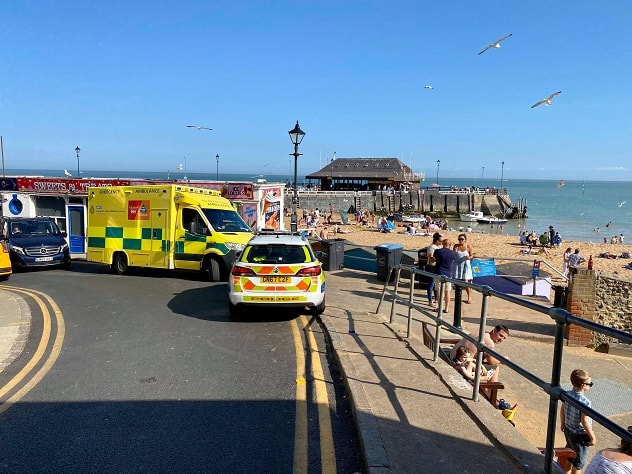 Resident John McCormack said: “This happens every year on a bank holiday and residents are sick of it! Medway Madness descends on Broadstairs beach. I knew it was going to kick off, I’ve done the door long enough and that’s why we left! I can’t fight 20 people. The atmosphere was ruined,especially for families there.

“In a gang they become very brave but put them in a boxing ring, then it’s a different matter.

“When they arrived and started blowing up balloons I thought someone’s having a party on the beach. Shows what I know, apparently the balloons are drugs. They all came down with cases and cases of bottled beer.

“I’m Thanet born and bred. Every year it’s getting worse here. They have no respect whatsoever for everyone else on the beach.” 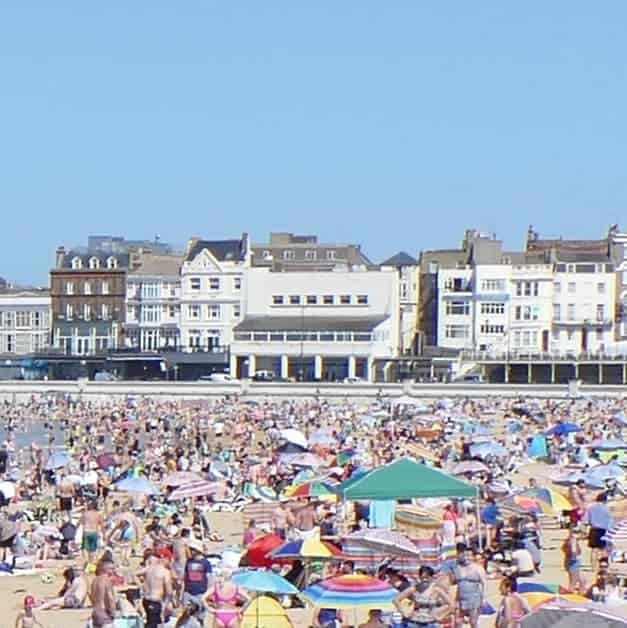 The brawl was just one incident that marred the bank holiday with other residents making complaints about visitors urinating and defecating in beach and prom areas and cars blocking other vehicles and driveways in Broadstairs and Palm Bay as hundreds of people flocked to the beaches.