A celebration has been held at St Michael’s Care Home in Westgate to mark resident Edith ‘Sarah’ Allen’s 101st birthday.

Originally born in London, Sarah moved to Whitstable in 1959. She is widowed and has four children – sons David, Mike and Bob and daughter Liz – and 12 grandchildren and 19 great grandchildren.

Sarah’s previous occupation was a seamstress and she also worked on Spitfires. 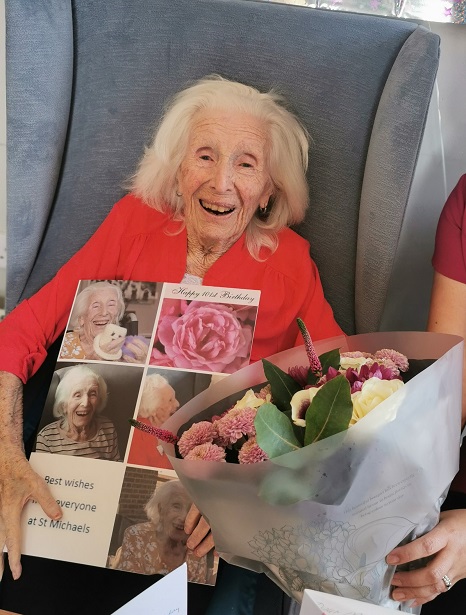 She is a qualified and experienced tailor, with her family remembering her always having her sewing machine out. Sarah later ran a well-known dress boutique in Whitstable called Charms until she was 75-years-old.

Sarah enjoys a sing a long and a chat and has a good sense of humour, say home staff.

Staff member Millie Parton said: “During these difficult times and with families unable to visit, her day was made that little bit more special. 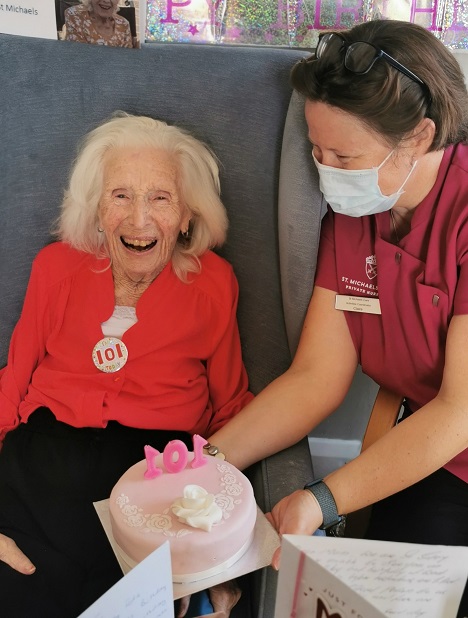 She had WhatsApp Video phone calls, a pamper session in the garden whilst enjoying a cheeky gin and lemonade all finished off with birthday cake and chocolates.”

King George V was on the throne and David Lloyd George was PM, leading a coalition government.

3 January – Soldiers blockade Folkestone harbour in a successful protest against being returned to France. This month, other mutinies take place in France and across England.

January -The Paris Peace Conference opens in France, with delegates from 27 nations present for meetings at the Palace of Versailles; Lloyd George attends as one of the “Big Four.”

27 February – marriage of Princess Patricia of Connaught to Commander The Hon. Alexander Ramsay, the first royal wedding at Westminster Abbey since the 14th century

October – creation of the “Mobile Patrol Experiment”, the forerunner of the Metropolitan Police Service’s Flying Squad.