Theatre Royal panto favourite Jeremy Bond aka JezO and father Philip Bond – illusionist Doctor Bondini – had the Britain’s Got Talent judges on a knife edge when they took part in auditions in February.

Jez performed a knife throwing and magic act at the Lowry in Manchester when the final blade ended up inches from his father’s face.

JezO said “Originally I was going to do another routine, even more dangerous, but the producers asked me to change it to something a little less risky. 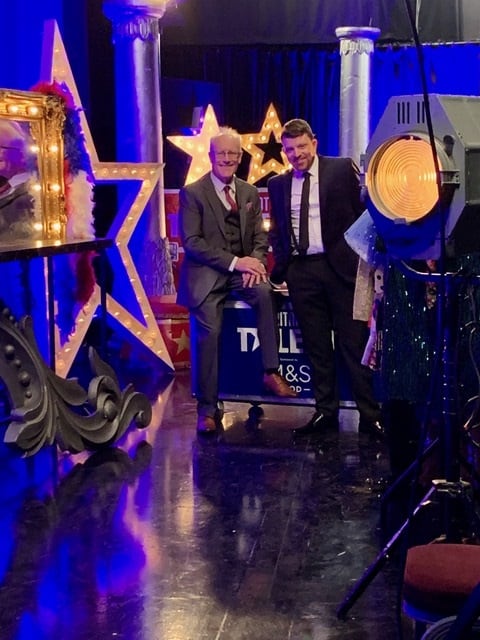 “We had the knife thrower’s target in the warehouse so dad came up with a magic routine to go with it.  I practiced a lot, but in the end, we decided it was too dangerous to put our usual assistant on the target.

“Rather than scrap the idea at such a late stage, dad volunteered to do it.  I think now he wishes he hadn’t, but the show must go on, and all’s well that ends well!”

Philip said: “As magicians we’re used to living on the edge, but this is the sharpest edge I have been so close to.  I believe we should stand by our creations, and I had confidence that Jeremy would get it right on the night.

“ He did but with rather less margin of error than we had planned.  Perhaps he was dazzled by the lighting, or a little nervous.   As for the magic – it is perhaps one of my greatest inventions.”

Jez managed to get three yes’s to get through to the next round but did not make it to the live semi finals – this time. 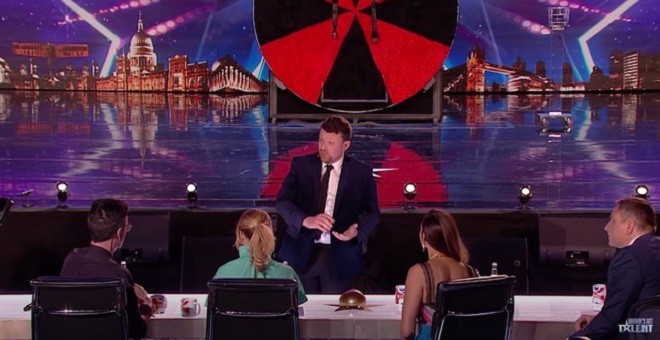 He said: “We are not in the live semi finals this time, but who knows next year, if I go back……”

Jez, who is a member of the Magic Circle, stays in Margate from November to January each year so he can tread the boards for the annual Theatre Royal Panto.

He said: “I’m very much hoping to be back this year depending on the current situation. I’ve been booked to be in Beauty and the Beast at the Theatre Royal Margate. Now I’m just waiting to see what happens.”