Tributes have been paid to a former QEQM Hospital matron who has died after a short battle with breast cancer.

Mary-Anne Lovett helped set up the acute oncology service at East Kent Hospitals and worked at QEQM until taking early retirement two years ago to spend more time with her grandchildren.

Sadly, the 55 year old died on Thursday at the hospital where she worked, after suffering complications from her treatment.

Mary-Anne’s husband, Steve Kemp, and daughter Charlotte Lovett, said her death was a shock to everyone.

Charlotte said: “She was so positive throughout the treatment, and she had so many plans for the rest of the year. There was never any thought that she might not make it.”

Mary-Anne had been diagnosed with Hodgkins Lymphoma, a blood cancer, when she was in her 20s, and again in her 40s, and had suffered a heart attack aged 38.

But she was so passionate about nursing that she was back at work within six weeks of the heart attack – instead of the six months doctors recommended.

Steve said: “She started working in a nursing home at the age of 14 and from then there was no doubt about what she wanted to do. She had such a zest for life and she was so supportive – she always knew the right thing to say.

“Mary-Anne wasn’t frightened of anything, even dying. She was a huge support to me and in the 11 years we were together she helped me develop as a person, at home and at work.”

The couple first met in their teens, but did not get together until a chance meeting in a local pub in 2009. Steve moved in within two weeks and they were married six months later.

He said: “We never argued, and we were just right together. I will miss everything about her.”

Charlotte said: “She was my best friend – we spoke every day, and the hardest thing has been writing a text to share something funny with her, and then realising she won’t ever see it.

“We have had so many messages from colleagues and friends who loved her and respected her, and it’s been lovely to hear that others saw in her the same things that we did.”

East Kent Hospitals’ chief executive Susan Acott led staff tributes to Mary-Anne. She said: “Mary-Anne will be remembered for her kindness, her wicked sense of humour and her dedication to her patients.

“She was passionate about helping others, whether that be her friends, colleagues or her patients, and her loss is felt by everyone in the Trust family.

“Mary-Anne inspired so many of us and her legacy will live on in the nurses and clinicians she nurtured and encouraged.

“Our sincere condolences go to her husband Steve, daughter Charlotte, and her family and friends.” 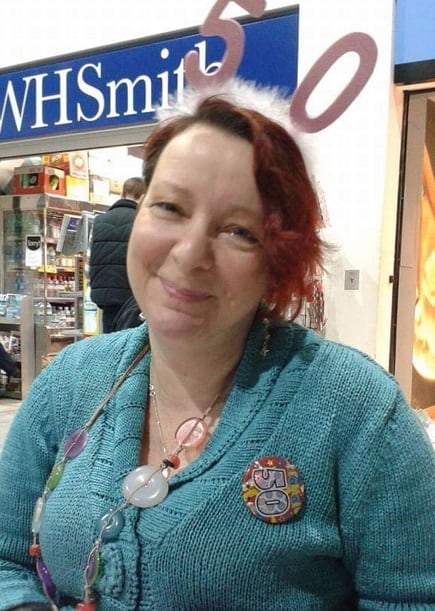 Chief nurse Amanda Hallums said: “Mary-Anne was always available to give support and advice and her true strength was to empower others to find the strength within themselves to face that difficult conversation, situation, or personal conflict.

“We will all need to draw on that strength now as we come to terms with her loss and mourn with her family.

“She truly was an excellent nurse, driven by care and compassion, who was always focussed on her patients and delivering the very best care at all times.”

Tracey Spencer-Brown and Jennifer Jewell, who worked aside Mary-Anne in her role as Acute Oncology Matron, said colleagues throughout the service had been saddened by her death.

They said: “Mary-Anne was supportive and inspiring to us both and encouraged us to drive forward our passion as a team for oncology patients and their families.

“Colleagues held her in high regard for the continued support, leadership and professionalism she offered.

“She had a positive outlook on life, loved her family very much and believed in living in the here and now with no regrets.

“We will both remember her for the support she offered, her care for her patients but also her funky hair, dress style and unique personality which, we are sure, will always bring a smile and fond memories to everyone who knew her.”

Mary-Anne managed the specialist cancer nurses at QEQM and was also chairman of the hospital’s innovation hub meetings and a key member in ensuring the hub was sustainable, helping to raise its profile right up to her retirement.

She also supported other hospital teams such as the emergency department and acute medical unit.

Another former colleague, Sharon Hatfield-Tugwell, said: “Mary-Anne was an extremely well-respected, dedicated nurse, who not only had a tremendous work ethic that inspired many nurses and clinicians but she was passionate, dedicated, kind and touched the lives of so many of her patients.

“Mary-Anne was an expert in her chosen field of nursing and an immense resource for so many doctors and nurses.

“She always had the patients’ best interests at heart, and was always calm and reassuring with them.

“Mary-Anne had an enormous heart and would also provide support and friendship to so many of her colleagues. She always took time to pop in on them, or just to stop in the corridor to listen to them offload, or to share some of her incredible and wickedly insane sense of humour and laughter.”

Tribute with thanks to Liz Crudgington