Hundreds of children traumatised by violence in the home are being helped by Oasis Domestic Abuse Service in Thanet and Dover every year –but there is no statutory funding for the work.

Oasis received funding from  Kent County Council in 2019 for commissioned services with adult victims of abuse but cash for vital, life-changing work with affected youngsters has to come from the community through fundraising, donations and profits from the Oasis shop in Northdown Road.

Last year Oasis worked with 157 children and young people, aged seven to 25, on a one to one basis, but there were 943 children within the families where the adult received support.

Among the 157 were 112 who had experienced the abuse of another person in the home, 113 who were victims of emotional abuse and 70 who suffered physical abuse.

Oasis says these young people are often the ‘invisible victims’ of abuse but are in desperate need of specialist help to deal with the huge trauma they experience and feelings of hurt, anger, anxiety, loss and so often guilt over a situation where they have no control.

And the squeeze on funding for other organisations, such as Child and Adolescent Mental Health Services, means Oasis staff are dealing with young people with ever greater levels of need.

Oasis chief executive Deb Cartwright says there needs to be a long-term vision for this work. She said: “There needs to be more statutory invention but the stretch on all services means our staff are carrying a lot of responsibility for young people’s needs. We need funding with a long-term view, you cannot change lives overnight.

“We receive statutory funding for our refuge and support services for adults but not the children and the contract value we are given gets smaller all the time.

“Our work with children and young people is about the trauma they are experiencing and understanding how that affects them. We give young people a mentor and there is no cap on the length of time that person will work with them, and their parents, and help them make sense of the world. Work is in the refuges, out in the community, in schools and training other professionals to understand the nature of domestic abuse.

“There is lots of statutory funding potentially for children but no comprehensive funding for children affected by issues in the home.

“We are focused on developing our work with children and young people but it is the community that really keeps this going through buying in the shop, holding events to raise funds or simply making a donation.”

The Oasis service has around 30 staff for everything from fundraising to specialist counselling and mentoring.

One of those is the early intervention manager who works with children and young people aged seven to 25.

The children who experience domestic abuse in their homes account for some 70% of those helped by Oasis through mentoring, workshops, outreach and more.

The manager said: “We work alongside children and young people to help them understand their experiences, talk about their losses and work through anxieties and fears so they can move on to have happy and healthy relationships in the future. If they aren’t able to talk about it, we don’t make them, we might talk to them about friendships and healthy relationships and work through it in a different way.

“Children experience an abusive relationship as much as the parent. Children develop roles, maybe they are the peacekeeper always trying to be extra good or they have to run and protect a parent. They become very responsible at a very young age. They wonder would it have happened if they had been better at school or if they hadn’t of wet the bed, so then they have guilt over something that is beyond their control.

“We teach professionals to see domestic abuse through a child’s eyes and how that can affect their behaviour. Maybe they are disruptive or withdrawn or quite emotionally upset.

“Our service helps them to significantly reduce feelings of anger and anxiety and to help them understand that what they are feeling is actually hurt and confused. Without those services children would go through life still feeling the hurt.”

Last year Oasis helped to train 528 professionals, including teachers, social workers, mental health staff and 350 police officers, to better understand the nature of domestic abuse. There are also outreach services and work with schools and colleges.

“I was throwing things in black bags and looking at the clock to see if I had time before he came back because he had already threatened me. I rushed so much that when I arrived at the refuge I had brought a sack full of rubbish with me,” says *Anna* who is one of the many thousands of women whose lives have literally been saved by the Oasis Domestic Abuse Service over the past 25 years.

Anna and her then 13-year-old daughter were fleeing an abusive relationship in 2012 and travelled to the Oasis women’s refuge in Thanet for sanctuary.

Leaving is the most dangerous point of an abusive relationship, says Oasis fundraising manager Loukia Michael: “When someone is chucking stuff in a bag and running they are at a serious risk point.”

For Anna and her daughter fleeing the home was traumatic but did result in a move to safety.

The 53-year-old said: “I was in the relationship for quite a while and he was physically and emotionally abusive. He would grab me around the throat, spit in my face, it was horrible to live with and something you never want your children to see.

“When he started being horrible to my daughter I knew it was time to leave.. It was really difficult but the minute he went out we left as I had a limited amount of time to get out of the house.

“My daughter was 13, a bad age anyway, and she had to leave her school and her friends, we were leaving our home and our life. Imagine walking out of your house and never going back.

“She was angry, we were now in one room together. She didn’t speak to me for two weeks but now she would tell you it was the right thing to do. She is now in uni and doing really well.

“It is not easy to leave, there are so many barriers like travel and finance, all sorts of things. But  if you are in that situation I would say do it, it will be worth it in the end.”

For Anna the specialist service at the Thanet refuge enabled her to begin again – she now works for Oasis looking after the refuge building.

She said: “They (Oasis) made such a big difference to my life and my daughter’s life. We were able to start again. We were here three months and were then rehoused.

“I have worked here for four years. I volunteered for a while, did my health and safety and welfare for women. I just wanted to make it better for other women coming into the refuge.

“The support here is specialist and the staff are really passionate about what they do and that makes all the difference.” 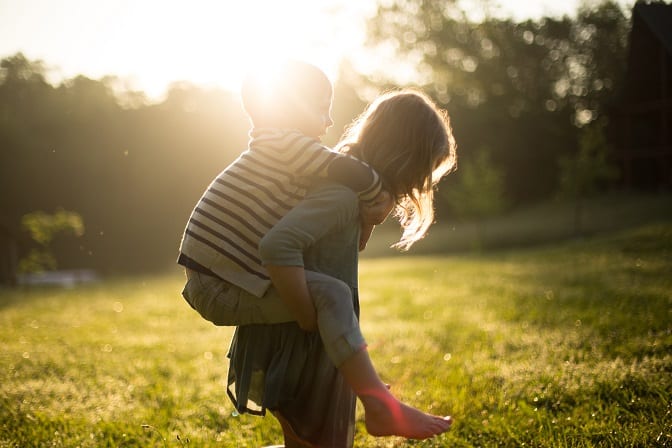 Thanet’s refuge has 12 rooms, some for single women and others for those with children. The property also features two kitchens, a children’s play room, dining room, adults only room, a room for one to one sessions and a bright outdoor space.

Much of the contents and decoration has been put in place due to generous donations from the  Thanet community and further afield.

Some women will stay for a short time and have already arranged to move on while others might stay for a year.

The Oasis adult services manager said: “It is very much dependent on the person, some are very resilient while others need a lot of support.

“Refuges are essential, they help change lives. We help build self esteem and  help with the problems faced, such as debt. We put people in touch with the many amazing services Thanet has.

“It can genuinely change lives and at the very least will make people safe. We rebuild lives beyond the point of immediate emergency and crisis.

“Domestic abuse is hard to understand if it is not your job. Our training is to help others understand because we can’t do this on our own, there are too many victims and not enough services.

“It is everybody’s business to know what other people are going through, even if that just helps a person support a friend.

“People are incredible and sometimes you just have to make that walk along their journey for a while so they can continue to be incredible.

“There is amazing bravery shown by victims of domestic abuse and the reward is seeing them achieve. Maybe that achievement is just getting out of bed and making some lunch when all they want to do is hide away or for others it will be moving on, getting degrees, going into roles as teachers and social workers.” 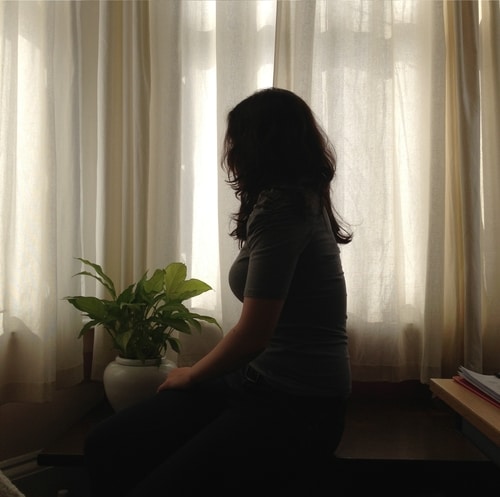 Last year some 592 adults experiencing abuse were helped by the service. Of those 566 were female and 25 were male.

The average length of abuse suffered before accessing services is over four years. Of those helped by Oasis last year 213 had experienced their abuser trying to strangle or suffocate them, 253 had had threats to their life and 95 needed hospital treatment.

The impact resulted in 323 attempting or having thoughts of suicide and 52 coping through self harming. As a result of this Oasis will be developing specific mental health groups for victims of abuse this year.

The work of Oasis saw 472 people leave their services, 59 had abusers removed from the home, 85 resettled, 62 had added security measures in the home, 18 started a new job, 185 people were supported through court processes, 177 were supported in making reports to police, 94 injunctions were obtained and 36 breaches were enforced.  Around half of those leaving the service said they now felt less anxious and traumatised.

Oasis runs a drop in service every Wednesday from 10am at the Six Bells children’s centre in Margate. Service users can remain anonymous when they access the help on offer.

Oasis has an annual income  of around £1.1million. This includes commissioned services – £714k – grants – £260k – and community fundraising amounting to £87k.

Services for adults are commissioned by Kent County Council. Funding for work with young people is paid for through profits from The Oasis shop in Northdown Road, grants and community fundraising. The generosity of the Thanet community plays a huge part in helping to finance these services.

For details of volunteering or support go to oasisdaservice.org

Domestic abuse in the UK