Foot-long hotdogs are making a return to Krusty Kobb bakery in Westgate to mark the 25th anniversary of the business.

The epic hotdog will be available from Monday (March 9) and is made using sausages from Dadds butchers.

The monster sized snack was a popular item in the 90s when the bakery was run by Giuseppe (pictured below) and Christine Vaccaro. 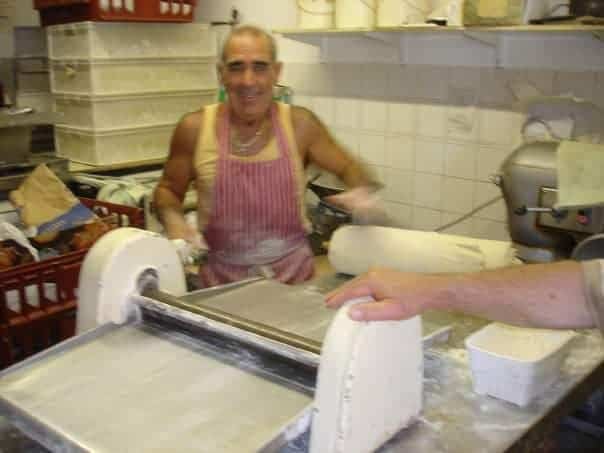 Now the next generation is hoping the hotdog will tempt lots of hungry customers.

Krusty Kobb Bakery was first established by Giuseppe and Christine in 1992 in Northdown Road, Cliftonville.

Their two sons Enzo and Dario trained as bakers to work alongside their dad and their two daughters Tina and Daniela worked together in the shop.

Three years later just out on a walk through Westgate they saw an empty shop and saw the start of another successful business. Krusty Kobb Westgate opened in 1995.

Giuseppe and Christine retired in 2010 leaving their four children to run both businesses.

Unfortunately due to decline in Northdown Road and soaring business rates the Cliftonville bakery closed its doors for the final time in 2017.

But Tina carried on in Westgate with her sister Daniela, her loyal staff member Michelle and her nephew Finley.

Tina said: “We are very proud that a small family business is still going strong and we owe that to all our loyal customers who, for some, have been coming in from day one.”

Daniela added: “Years ago when our parents ran the bakery they did a foot long hotdog and we got quite famous for them so we’d thought we’d bring them back as a tribute to our parents and the 25th anniversary.”

The Station Road bakery will be selling the hotdogs for £4.50.