The Thanet side showed five changes from that which started the last game against Colfeians. There was a first start in the senior side for Dave Kingham at Loose head prop and Chris Hood returned to the second row. There was a reminder of the partnership in their junior days between scrum half Tom Walton and Marius Thompson who moved from full back to Outside Half. Sam Rolfe was back at full back after a long absence due to injury.

Prior to the match Beccs were in ninth place in the League and Wanderers in the bottom two in eleventh. Thanet won the home fixture comfortably by 33-15 in November and were aiming to complete the double and gain some much needed points.

The pitch was in amazingly good condition after the rain of the preceding weeks and the sun was shining when Thanet kicked off. There was an anxious edge to early proceedings with errors from both sides. After 12 minutes the hosts were attacking and some aggressive line speed defence from Wanderers caused a dropped pass. Thanet Winger Charlie Knight was quickest to the loose ball and burst clear from deep in his own half to run almost the length of the pitch down his wing before touching down close to the posts for a vintage Knight score, his sixth try of the season. 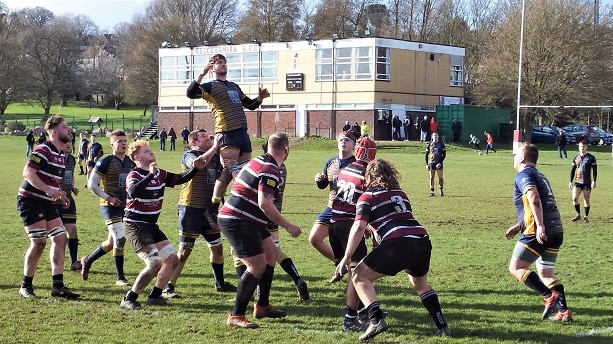 Kicking was never going easy with the powerful gusty wind but Dan Hill’s conversion was good and Wanderers had a confidence boosting 7-0 lead. Beccs came back strongly but some poor handling and a little indiscipline cost them dear. Thanet stretched their lead with a second try of the season from their other winger Antony Theodosiou. A good midfield move put Knight clear and his back of the hand offload to the winger released him on a powerful surge for the line which split the home defence before he touched down wide right. Hill made an excellent conversion to make the half time score 14-0 for Wanderers.

Wanderers will count themselves fortunate that Beccs again squandered good opportunities early in the second period. However Hill made no mistake with two well judged penalties shortly afterwards to extend the Thanet lead to 20-0. Beccs raised their game as the skies darkened but Wanderers defence would not buckle,  Around fifteen minutes remained when Walton spotted half a gap and cut a brilliant line to open it wide enough to jink his way through for his seventh try of the season from seven starts. 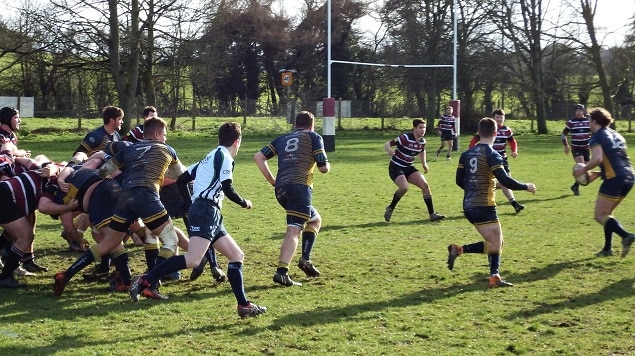 Hill maintained his faultless afternoon from the kicking tee for Thanet to lead 27-0. Wanderers battled hard to score a further try that would have earned them an extra bonus point but a hail storm and determined home defence helped  keep the line intact with no further score.

This win takes Wanderers out of the relegation zone, a point ahead of Dover who replace them. Five matches remain to ensure that they will play in this league next season. It won’t be easy as they are all against teams on the higher rungs of the league ladder but a repeat of today’s spirited performance should secure more league points for the Thanet side. 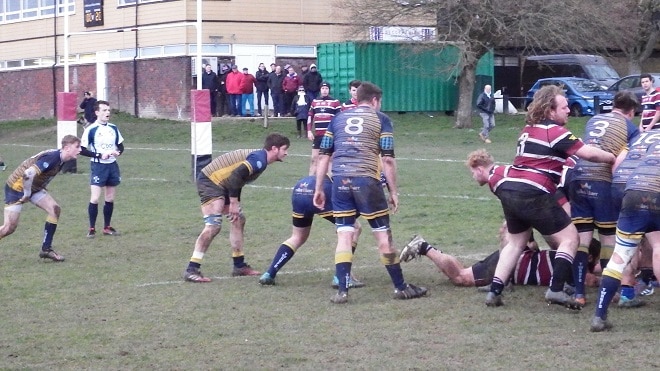 Wanderers Head Coach Mike Pond was delighted with his team’s performance with all 18 of the squad putting in fine performances. The choice of Man of the Match must have been a difficult one but the coaches’ choice was Marius Thompson who managed the game well and had a first class all round match in only his fifth start of the season after recovering from shoulder surgery.

There is no match next Saturday. The first XV return to action on March 14 with a re-arranged fixture away against Hayward Heath (Kick Off 3pm)