The Mayor Raushan Ara, along with her fundraising chairman Peter Borrough, visited Ramsgate RNLI on Friday (February 28) to present a cheque for £500 to the station.

The visit coincided with a school visit of year 4 students and teachers from Dame Janet Primary Academy who have chosen Ramsgate RNLI as their charity of the year. The visit was arranged by the station’s Education Visits Team John and Vanessa Ray, Year 3 pupils had visited earlier in the year and messages of thanks from them were shown to the Mayor. All of the classes at the school will eventually visit the station to learn firsthand the invaluable work that the crew do in saving lives at sea. Educating the young is the best way of preventing accidents around our shores.

Mayor Raushan Ara said: “As your Mayor of Ramsgate, it is with great honour and pleasure, that I have chosen Ramsgate RNLI as one of my chosen charities. This organisation, staffed by volunteers, braves all kinds of weather conditions to save lives at sea. It also helps to educate the younger generation about water safety. 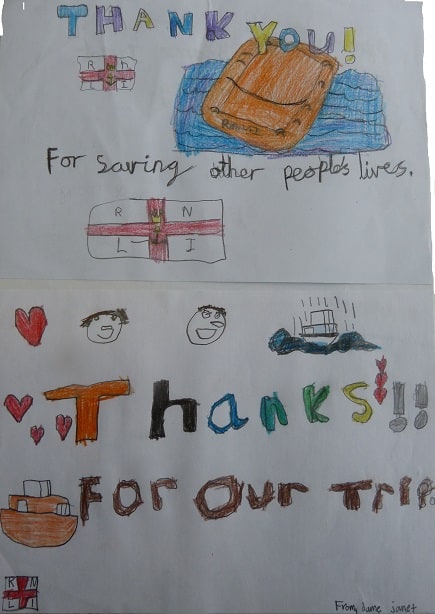 “Ramsgate is a seaside town, and it is vital that the people within our community are aware of the potential danger inherent in the sea. I feel that, as Mayor, I am able to give something back to my home town by raising these funds. I would like to thank all my charity members and volunteer for their help in this endeavour.”

Coxswain Ian Cannon was delighted to accept the cheque on the station’s behalf in front of quite a crowd of people, including pupils and teachers from Dame Janet Primary Academy, Ron Fennell vice chairman of the station, Sarah Hewes the fundraising chairman, John Ray and many of the volunteer crew.

Ian said: “Without donations from the public we would be unable to purchase essential equipment to continue our role of saving lives at sea, so we thank all of you for your ongoing support,” 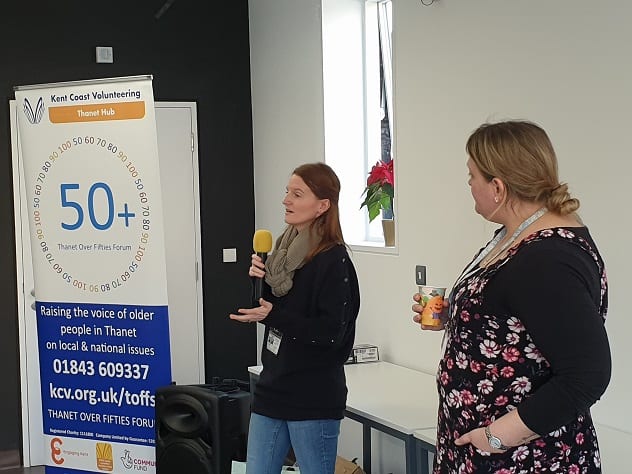 Thanet Over Fifties Forum (TOFFS) held its first meeting for 2020 called “Living on a budget” on Wednesday, February 12. Guest speakers were Cheryl Giles from Department for Work and Pensions (DWP), Kara Flynn from Thanet CAP Debt Centre and Emma Prentice from topUP, attracting an audience of over 75 people eager to find out more about the topic

Cheryl Giles from DWP, which is responsible for the delivery of welfare and pensions, was the first guest speaker and talked the audience through Universal Credit, Personal Independence Payments, Access to Work Grants, Pension Credit and Bereavement Allowance.

She was followed by Kara Flynn, Manager at Thanet CAP (Christians Against Poverty) Debt Centre who offer debt help, supported by Emma Prentice from topUP. Kara explained that a debt coach will deliver the advice that has been prepared by CAP’s professional debt councillors. A debt coach gives clients a listening ear in the privacy of their own homes and provides real solutions. CAP helps and supports anyone of any background, gender and religious belief; from parents struggling to feed their children to families facing eviction.

TopUP is a local project that aims to increase the wellbeing and income of people living in Thanet. Emma Prentice spoke about how she works closely with people face to face in their homes, helping them to access the benefits they are entitled to and assisting them to fill out the necessary forms. Francis Sykes, a topUP client who attended the forum meeting, said: “Emma from topUP helped me when I was struggling with increasing debt due to rent overpayments and without their support things would have just got worse. She looked at my overall income and helped me to access benefits I didn’t know I was entitled to. I now have more money.”

You can find out more about TOFFs and how you can join for free by calling 01843 609337, emailing pauline.petitt@kcv.org.uk or visiting the TOFFs on Facebook: @ThanetOverFifties.

Thanet Over Fifties Forum provides free bimonthly newsletters and meetings packed full of information on matters of interest and is open to anyone over 50+.

TOFFS’s next public forum meeting is “How to approach your council” on Wednesday, April 29 from 10.30am at Thanet District Council Chambers, 3rd Floor, Cecil St, Margate, CT9 1XZ. The aim of the forum meeting is to provide information on local services that will help to point people in the right direction i.e. who to speak to, where to source the information relevant to their concern, how to get positive help. 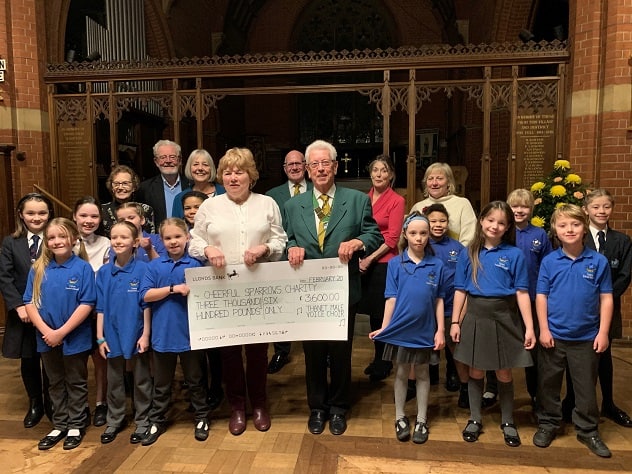 Following its annual charity Christmas carol concert at Holy Trinity Church Broadstairs on December 8 Thanet Male Voice Choir was pleased to present Cheerful Sparrows Thanet charity with a cheque for £3600. In addition to supporting a ward at QEQM, the charity does tremendous unreported work locally helping families that have fallen on difficult times.

The carol concert was very well attended and received, and in addition to the men’s choir, the audience was delighted by the singing of the Upton Junior School Choir and by the warm Christmas music of the Proteus Brass Ensemble. TMVC’s grateful thanks are once again extended to its superb audience and sponsors for their unparalleled generosity. This year’s event will be on December 13, same time and venue.

Following the first talk of the year earlier this month, which was very well supported, the next one will be held in the Ballroom at the Walpole Bay Hotel, Fifth Avenue, Cliftonville on Thursday, March 5 at 7:30pm – attendees are requested to be seated by 7:15pm.

The meeting will start with Members’ Notices, after which our guest speaker:  Chris McCooey (freelance writer and speaker) will be giving a talk entitled: “Rogues, Rascals and Rebels” followed by an opportunity for any questions.

As always during the evening, raffle tickets will be on sale (£1 per strip or 6 for £5) with the draw taking place at the end of the evening.  Also on sale will be merchandise, raising funds for our Society.

All are welcome – nominal entrance fee is £3 for non-members.

If you are interested in joining Margate Civic Society, or wish to find out more, please see our website www.margatecivicsociety.org.uk for further details.

Save Our NHS in Kent 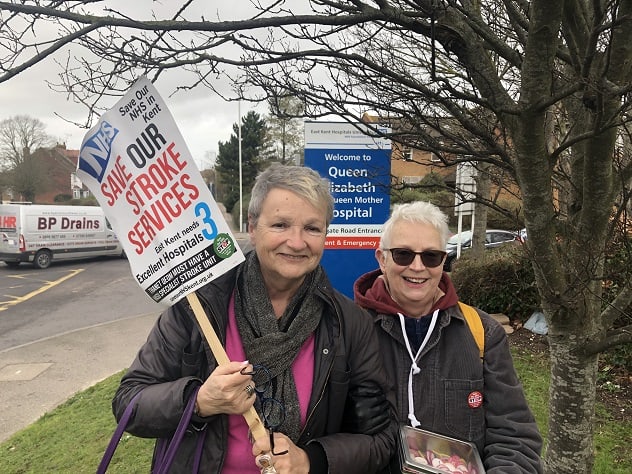 Last Saturday outside the QEQM Hospital a large group of disappointed SONIK ( Save Our NHS in Kent) supporters convened to protest against the findings of the judicial review which will result in acute stroke services being moved from Thanet to a hyper-acute unit in Ashford.

It will mean that in the future Thanet residents will have to travel to Ashford to be treated for acute stroke symptoms. This is part of the restructuring of NHS services in Kent by the Sustainability and Transformation Partnership which results from the requirements of Kent health services to cut costs.

This decision impacts more on an area such as Thanet where residents are more likely to experience strokes. The health demographics influenced by the poverty of the area result in women living 20 years less in some parts of Thanet than they would in other parts of Kent. 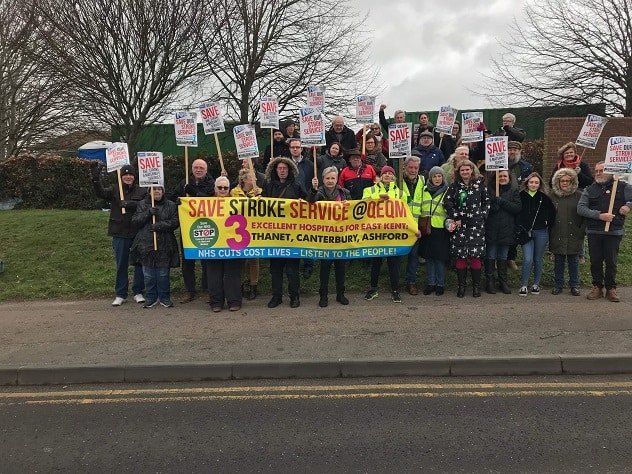 SONIK activists would also point to the fact that it is at least an hour’s drive to the new HASU at Ashford and this hour is a valuable period of time when someone has experienced a stroke and we believe will affect outcomes detrimentally. Our local MPs have not responded in accordance with local need and it would appear that Sir Roger Gale agrees with the decision.

SONIK feel that this is part of a general downgrading of QEQM which will affect maternity and the A& E department too. The campaign group, which is non political, argues that the health demographics of the area require a fully functioning local hospital. Local councillors from the Labour Party and the Greens took part in the protest (which was well supported by local residents honking their car horns as they drove past). Speeches were made in support of the NHS, our local hospital and the difficulties in relation to obtaining GP appointments in Thanet. 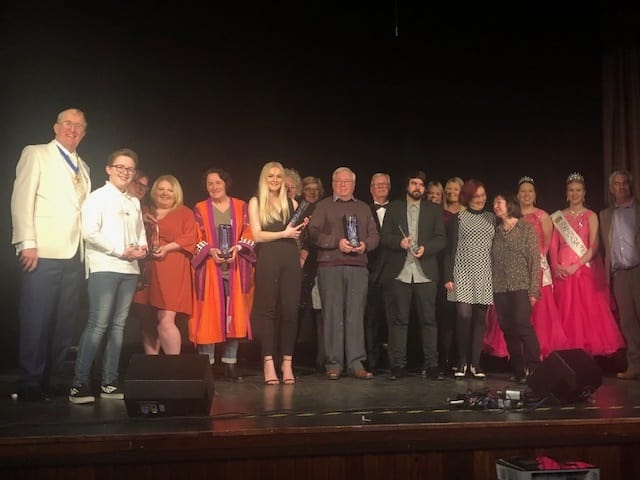 Saturday night in Birchington and the Obelisk Awards and annual gala evening organised by “Mr Ramsgate” Ralph Hoult were in full swing.

I was there as Deputy Mayor to present the best male singer award. The Obelisk Awards are to reward Thanet’s best talents in singing, acting, events and the coveted “Best Show.”  Run much like the BAFTAs and the Oscars, awards are presented by a host of local celebrities and dignitaries.

To be nominated the show or event must be staged in Thanet although winners might not necessarily be from Thanet.

Organiser Starlite Entertainers was set up with the aim of producing live variety shows to give aspiring stage performers an opportunity to gain experience, to improve their act and to boost confidence and share their talent. The concept is also around raising money for good causes and charities. Additionally, it promotes the wonderful theatrical experience of variety shows that supported the seaside way of life for decades, which slowly disappeared from our coastal towns following the arrival of TV. 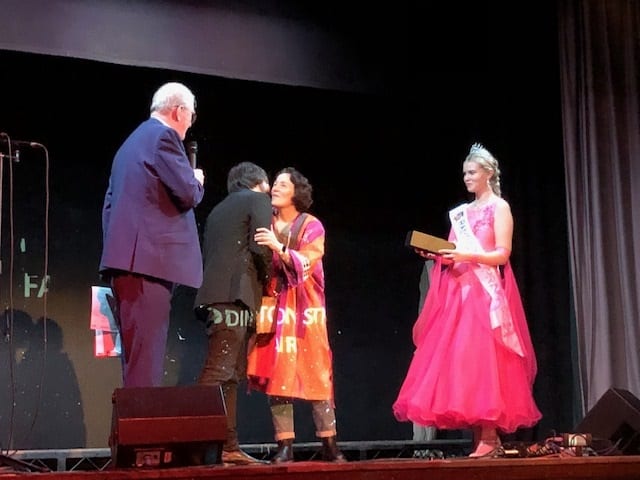 Over the years 600 shows have been staged with the help of more than 1000 different acts at all the top local venues. More than £250,000 has been raised.

The annual gala evening was a well run, local experience and the awards were interspersed with talented Thanet acts.

The award for the best community group went to the Addington Street Fair represented by Councillor Becky Wing and there were numerous other much deserved winners. I would like to thank Ralph Hoult and all concerned for the effort that went into this evening of top class entertainment. 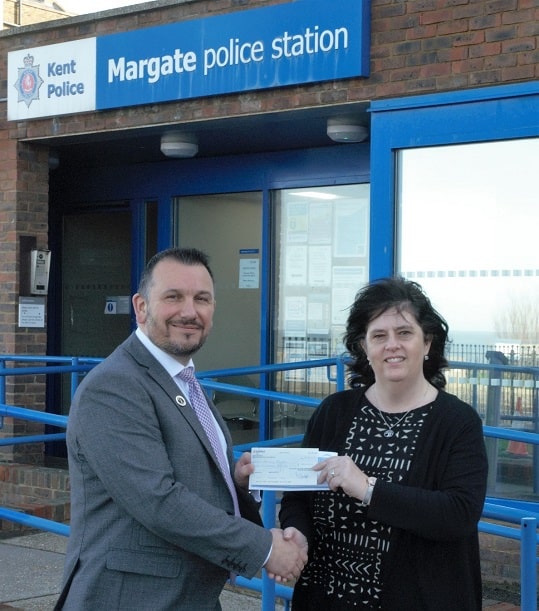 A charity which helps people with autism has received a boost from the Kent Police Property Fund.

The Kent Autistic Trust, which provides support to people with Autism Spectrum Disorder, has been given £500 raised from the auction of seized property.

Items seized during police operations are auctioned off by the fund and officers can apply to a panel to give some of the proceeds to a charity of their choice.

DCI Kluibenschadl said: “The property fund is an excellent way for Kent Police to support local charities. For officers to be able to secure funds for charities close to their hearts makes it even more worthwhile.”

DCI Kluibenschadl is a co-ordinator for The National Police Autism Association and an ambassador for autism within the workplace for Crystal Clear, Kent Police’s disability support group.

The Kent Autistic Trust was set up in 1989 and now runs registered care services, day centres, outreach and respite services for young people and adults with autism and their families.

A Kent-based fostering group has received funding from a regional housebuilder to provide support to foster children who are about to start a new school or who are transitioning to independent living.

Fostering South East, supported by Action for Children, has been awarded £1,000 by Persimmon Homes North London as part of its Community Champions scheme. Each month the housebuilder donates up to £1,000 each to two groups or individuals through the match-funded scheme.

Persimmon Homes South East is providing new homes throughout the region and, along with Persimmon Homes North London, feels it is important to support local communities.

The donation will contribute to the group’s ‘transition to independence’ and ‘starting school’ packs, which provide much-needed essentials. Spokesperson Melissa Bissell said: “When a child starts a new school or leaves home, their parents would usually support them with the essentials needed for this new chapter.

“As a service, the group would like to provide these essentials and support to the foster children. The packs will cost £100 to £150 each, so the donation from Persimmon Homes is must appreciated and will make an impact on children’s lives.”

Rachel Faulkner, sales director for Persimmon Homes North London, said: “We are thrilled to support Fostering South East in their much-needed work. If people were unsuccessful last month, we urge them to visit the Persimmon Homes website and to try again and hopefully they will become our next Community Champion.”

To find out more information Community Champions, or to nominate a charity group, visit https://www.persimmonhomes.com/community-champions.