A two year old toddler from Ramsgate living with a rare genetic condition has been given some comfort thanks to a specialist sensory corner provided by children’s charity React.

Just seven months after Ralph Bastow was born, he began to experience life threatening seizures. It took another year for the family to discover Ralph’s true diagnosis, following numerous hospital appointments and tests.

At Christmas time in 2018 Ralph was finally diagnosed with Dravet syndrome, a particularly aggressive form of epilepsy.

Mum Hayley Borowiec said: “I remember crying myself to sleep on the night we discovered Ralph had Dravet’s, not knowing what to do next. The more I read about the syndrome, the worse it got and it felt like he’d been handed a death sentence.”

The condition means Ralph’s physical and mental ability will deteriorate over time. 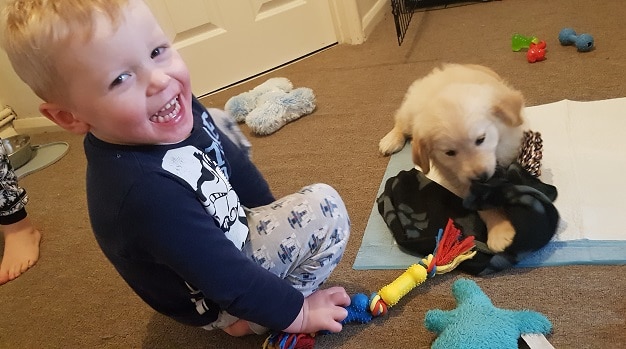 Hayley, also mum to five-year-old Freddie, said: “He’s more like a one year old than nearly three. Ralph is non-verbal and unable to walk further than a few steps without falling. It’s incredibly frustrating for him as he is often aware when he has lost a particular skill or ability and he doesn’t understand why he can’t do it anymore.”

During a visit to a children’s hospice, Hayley noticed Ralph was drawn towards bubble tubes – a special type of sensory toy that provides a calming effect and helps to encourage visual development.

The 29-year-old contacted React, a children’s charity which provides essential aid and equipment to terminally ill children, to see if she could acquire a bubble tube for Ralph at home.

She said: “It was all very simple and straightforward. I didn’t expect too much  because the equipment I had applied for is incredibly expensive. Then I received the news React could help and I burst into tears. 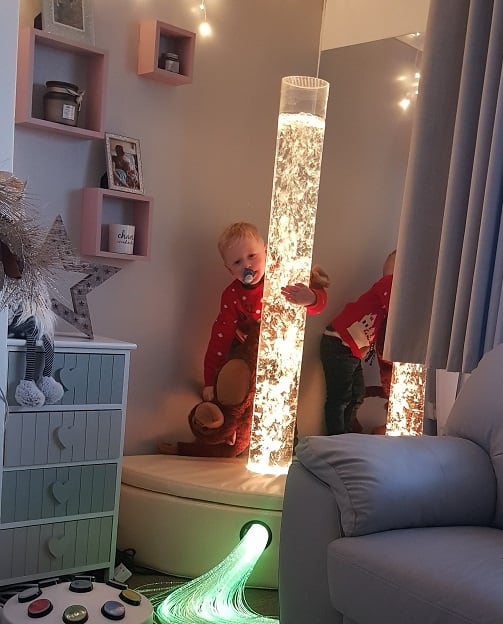 “Ralph’s bubble tube and sensory corner arrived two days before Christmas and absolutely made Christmas for all of us.”

“When Ralph is overwhelmed, he lays his head on the bubble tube and listens to the water and feels the vibrations. It seems to give him a bit of a safe space where he takes himself to and can feel secure and calm.

“It has had a very positive effect on the rest of the family, because if Ralph is happy and relaxed then so are we. I can’t thank React enough for the incredible gift they have given Ralph.”

What is Dravet Syndrome?

Dravet Syndrome is a rare, catastrophic, lifelong form of epilepsy that begins in the first year of life with frequent and/or prolonged seizures. It affects one in15,700 individuals. Most cases are due to severe SCN1A gene mutations

The early development of children with Dravet Syndrome is usually normal. However, the child’s development starts to slow down and children may lose skills towards the middle or certainly by the end of the second year of life. The child’s speech and language is particularly affected. Their manner of walking is also abnormal and is quite fast and unsteady.