Part of Broadstairs High Street was closed off this afternoon (February 21) in the area by the railway bridge due to reports a loose sign causing a hazard.

Kent Fire and Rescue Service was called to reports of the ‘unsafe’ sign at around 12:52pm. The road and footpath was temporarily closed whilst crews were on scene to deal with the incident. 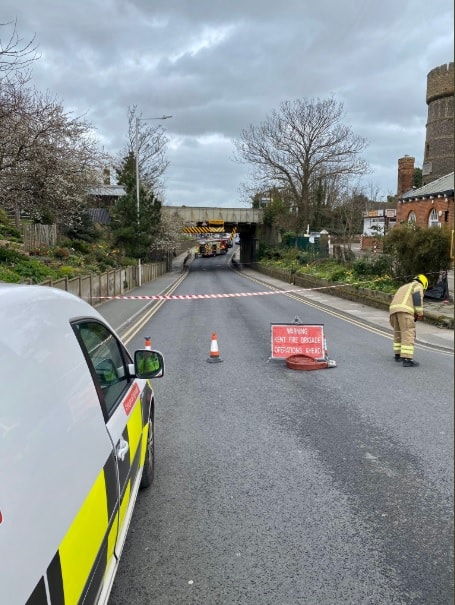 No casualties were reported and the scene was left in the care of KCC Highways.