A German battle group left Brest in Brittany on the eve of February 11, 1942, made up of 66 ships with continuous air cover provided by 250 Luftwaffe day and night fighters. Their aim was to reach a safe haven in Germany. They reached the Dover Straits, virtually undetected, at about 11am on that day.

The Fleet Air Arm’s 825 Squadron, led by Lieutenant Commander Esmonde and comprising six Swordfish torpedo aircraft and aircrews were based at RAF Manston where they had been preparing for a night attack on the German ships.

Esmonde was promised fighter cover of five squadrons of Spitfires and so agreed to a daylight attack. Just one squadron, No 72 Squadron RAF, led by Squadron Leader Brian Kingcome, rendezvoused with Esmonde’s squadron and so with fighter cover of only 10 spitfires, 825 Squadron attacked the mighty German battle group. Against the guns of the big ships and the power of the Luftwaffe the slow, outdated Swordfish stood little chance. All the Swordfish aircraft were shot down – 13 of the 18 crew members were killed in the action, five survived and only one was not injured.

The service at the memorial in Ramsgate included  a handover of artefacts from the family of one of the pilots who perished during the wartime Operation Fuller.

Sub Lieutenant Peter Bligh was one of the six brave Royal Navy pilots that ‘Dashed’ up the Channel.

Peter was with the squadron at RAF Manston on that fateful day and the decision as to which pilot would fly was down to the toss of a coin. Bligh ‘won’.

He was killed in the action and his body was never recovered. He has no grave other than the sea.

Following the death of Dr John Bligh, one of Peter Bligh’s younger brothers, the Channel Dash Memorial Trust was presented by the family with artefacts relating to Peter. These included a portrait of him in his flying gear, a photograph of him with the Swordfish and his pilot’s wings.

Join friends and neighbours as we womble along cleaning the beach and clifftop in Botany Bay and nearby bays.  We meet on the grass opposite the Botany Bay Hotel at 10.30.

All welcome, all ages and abilities. Work at your own pace. Equipment supplied. We aim to finish at noon or just after. Tea, coffee and cakes afterwards at Botany Bay Hotel

Every year we run a monthly course of extremely popular lectures for members and others, which runs from March to November, usually on second Monday of the month.  For some years now we have run courses in Archaeology, History and Myth by Dr. John Grigsby, who completed a PhD on Stonehenge a year or so back.  Last year we were unable to run any lectures because John was ill, but we are now pleased to announce that John is fully recovered, and part of this year’s course will be based on his PhD.   The course starts on Monday, March 9.

The last three lectures were postponed from 2018, and are the final three in his previous course on ‘The Goddess in Archaeology and Myth’. Anyone interested  can contact mail@iotas.org.uk.  There are still places left on the course, but prior booking is essential.

IOTAS also puts on monthly talks which are free to members (visitors £3), other events and summer outings to local places of historical or archaeological interest.  Next year IOTAS is planning to offer places on a holiday to Brittany in France, to the Prehistoric standing stones at Carnac and other sites.  Members will have priority booking on this.  We also offer opportunities to members to get involved in excavations and finds processing when these arise.  We are affiliated to the Kent Archaeological Society and are a Registered Charity, No. 275659.  We always welcome new members – details are available on request by email as above, and have a Facebook page under our full name, Isle of Thanet Archaeological Society.

January was a busy month with the second quarterly digital image competition, then an interesting talk on “Long Exposure” photography followed by a closely fought inter-club battle against Herne Bay Camera Club, who gained those few extra points to be declared winners.

February got off to a flying start with an inspirational talk by award-winning photographer Robert Canis who showed some stunning images from his tours to Finland and Iceland as well as the UK. This was followed by our third quarterly print competition, with 25 entries in the Intermediate and 22 in the Advanced section. Judge Malcolm Hardie provided a detailed critique of the images, awarding first place in the Intermediate group to Andy Kettle for his photo entitled “Night Time Carnival”, whilst best image in the Advanced group was “Sailing Down the Broads” by David Berger*. Well done to both for their super black and white images.

We are now planning our away competition against Deal and Whitstable Camera Clubs later in February and looking forward to a talk by Roger Hance entitled “A Photographers Year”.

We meet Mondays at 7.30pm, Ramsgate Football Club, Kent CT11 0AN. Visit us online at www.isleofthanetphotographicsociety.co.uk and on Facebook.

It is quite possible there  will be a change in the line-up. Same venue : Ramsgate Small Boat Owners Club, Guildford Lawn, Ramsgate, CT11 9AY. Admission : £10 members, £15 visitors (buffet lunch included) 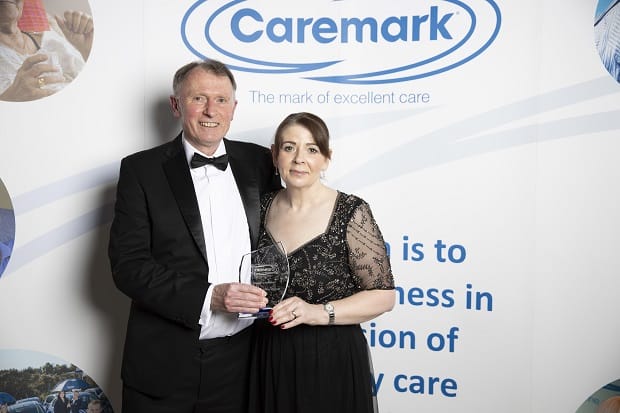 Caremark (Thanet)’s franchisees, Garry and Jayne Costain, who established the business in 2012, together with Ann, collected the awards at a glittering awards ceremony, held at Heythrop Park Resort in Enstone.

The awards, which form part of Caremark’s annual conference, celebrate businesses that make a difference in their region. The Special Contribution Award acknowledges a particularly valuable contribution that a franchisee has made towards the development of the Caremark brand.

Care Worker of the Year is awarded to someone who consistently goes above and beyond the normal call of duty and provides an outstanding care service. 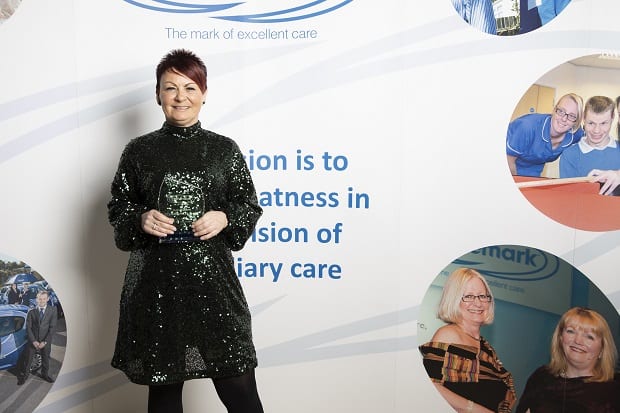 Ann, from Birchington, has worked for Caremark (Thanet) for five and a half years. She previously worked for a community transport company, taking people to appointments and outings

The mum-of-two, 52, said: “ “I love being a care and support worker because it allows me to make a difference to other people’s lives. Yes, it is hard work, but also incredibly rewarding and I am very happy to be recognised with this award. Working for Caremark is a privilege and makes me very proud.”

David Glover, Managing Director of Caremark Limited, said: “Garry and Jayne are fantastic brand ambassadors and champions of care. They have provided huge career opportunities for local people, including those that are new to the sector, college leavers and those with disabilities. Through their leadership they have created a great staff culture which has resulted in excellent retention and significant business successful growth.

“As for Ann, she is a talented, diligent and compassionate care and support worker who works extremely hard to support vulnerable clients. She fully deserves her award and I’d like to say a special thank you to her on behalf of the network.”

Caremark (Thanet), based in Margate, provides home care services to older or otherwise vulnerable clients living in Margate and the surrounding area, helping them to remain independent and taking the pressure off overstretched local hospitals.

Garry added: “We’re delighted to accept the Special Contribution Award, but it is down to the hard work, dedication and support of our amazing team, without which we would not be able to deliver outstanding care services to people in the region. I’d like to say a massive congratulations to Ann Euden, she is one of the best care and support workers we’ve ever been fortunate enough to employ and we are very proud of her.”

Those interested in Caremark (Thanet)’s services or would like to enquire about becoming a care and support worker can contact the business on 01843 235910 or email jemma.clayton@caremark.co.uk 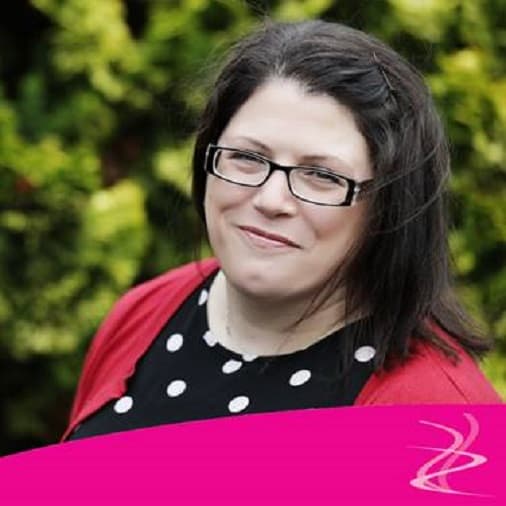 Margate resident Vikkie Richmond has launched a personal assistant service with a difference.

“My service is pay as you go,” she said. ” There is a real mix of businesses across Thanet and the Canterbury district, from larger local government employers to educational establishments and many small businesses. Here in Margate especially there are there are many small, artisan micro businesses emerging, which are helping to regenerate the area. It would be rewarding to be able to support these businesses and help them to grow their enterprises because ultimately, it benefits the whole area and all of the residents.”

“I can take over the essential tasks that nobody started their business to do – from managing social media accounts to admin, decluttering, bookkeeping and creating newsletters. Pink Spaghetti exists to take away the legwork from a business owner, releasing more time for them to spend on the parts of the business that they love. We say we offer a 25th hour in the day, and that means I’ll tackle those tasks that you know need doing, but you never seem to find the time for.

Vikkie has worked in administration since she left school, in a variety of industries.

“Having worked in administration for many years, including as a PA at director level, I possess a wealth of different skills, which stands me in good stead for this sort of work. I consider myself to be a generalist, however I pride myself on picking up new systems and skills, along with a tenacious streak that enables me to see tough tasks through to completion. I’m at my happiest. I’m at my happiest and most productive when I’m organising people or tasks and it’s probably fair to say that I live my life in lists.

“I wanted to start my own business so that I can give other people the flexibility and confidence to be able to concentrate on the bigger picture for their business or personal life, whilst I take care of the details.”

In her spare time, Vikkie likes to support her favourite football team, Arsenal. She has been a fan for nearly 30 years and regularly attends games at the Emirates Stadium. Vikkie also writes reviews for a national music magazine and has her own small reviews website. However, her number one passion is reading and she loves nothing more than losing herself for a few hours in a good book.

“The advice I would give busy people is not to get bogged down in the minutiae – there is a solution in Pink Spaghetti. Time is very precious and if it means you can invest your energy and passion back into your business, gain more time to do your favourite hobby or spend time with your family and friends, it’s priceless. I am looking forward to helping other busy business people achieve a better work life balance.”