As part of their broad topic ‘China’, Year 5 pupils discovered the Lion dance which is a centrepiece of the country’s New Year celebrations.

They tried out a variety of moves and put their own routine together, using a number of props including twirling red parasols and a colourful lion costume. The dance was performed in the main hall as children imitated a lion’s various movements, accompanied by beating drums, clashing cymbals and gongs. 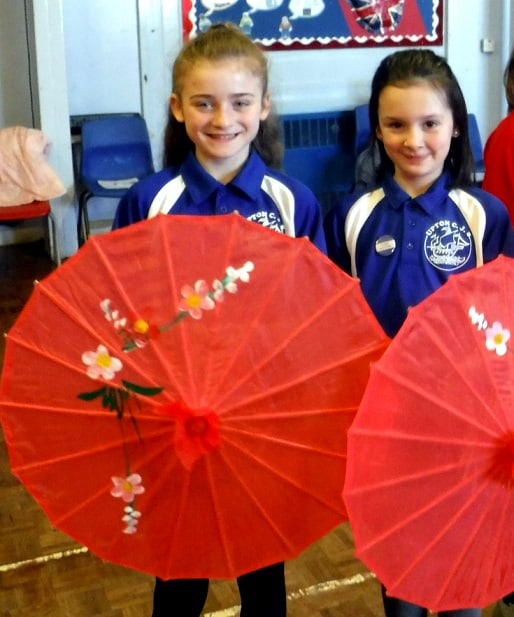 In contrast, as part of the Design and Technology element of the topic, the same year group designed a Chinese meal and decided upon the popular Wanton soup dish.

The young cooks discussed the sustainability of packaging, costing up the price of the meal and thought about where our foods are sourced from. 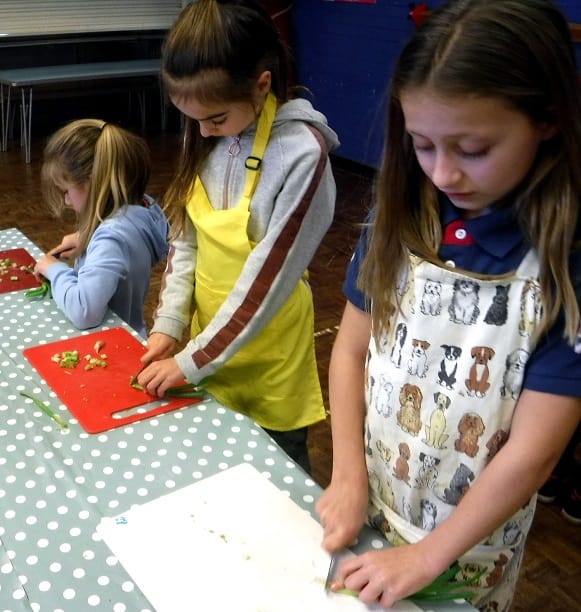 Teacher Lauren Watmough said: “We then made our meal as a team – some of us chopping, some of us forming the Wontons.

“Once the soup was cooked and ready, it was then tasting time for our Year 5 team.  We had some mixed reviews but the overriding verdict was that it was incredibly tasty.

“The children have enjoyed fantastic opportunities to immerse themselves in Chinese culture and heritage, which gives an added dimension to their overall topic learning.”