The regeneration of Ellington Park in Ramsgate will take a huge step forward this Spring with the start of restoration of the 110-year-old bandstand and work on a new community café and toilets plus landscaping.

The works have gone out to tender and it is hoped that contracts will be awarded by March. It is estimated the project will take one year to complete.

Thanet District Council and the Friends of Ellington Park are working together on the £1.8million scheme, funded by the National Lottery.

Ellington Park is 127 years old with the late Victorian and Edwardian landscaped area across 13 acres. It was laid out in 1893 on what was once part of the estate surrounding Ellington House. The park was designed by the Victorian landscape company Joseph Cheal and Son, known for their work at Hever Castle and Kirkstall Abbey. 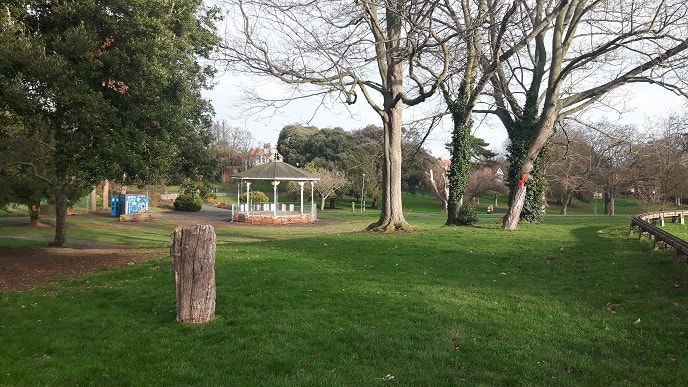 The scheme will create the new community café and toilets, a restored bandstand, with landscape works to conserve the terrace and bring back Cheal’s design.

The cafe will be run and managed as an environmentally friendly, healthy eating, not–for–profit community enterprise by the Friends of Ellington Park.  All profits will be re-invested in the park, employing a community gardener and continuing activities and events after the funding period is finished. 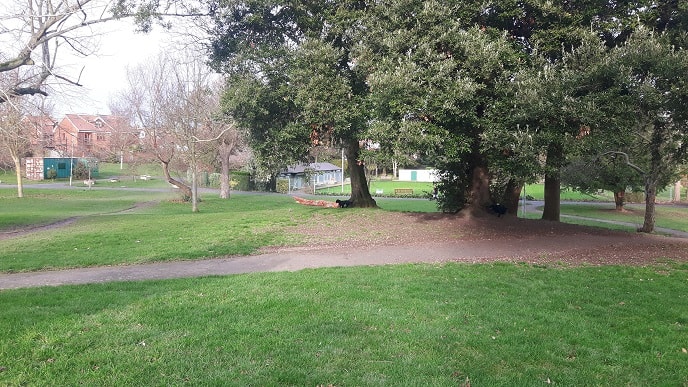 As part of the project a digital archive charting Ellington’s historical roots is being compiled.

Eight archive volunteers have been reviewing the community contributions and finding items of interest that fit the collection criteria.

There are five categories for the archive which cover how the park has been used, what it looked like, important dates and stories of the people involved.

The team has a target of 2,000 items to be digitised in the first year of the project. The archive will be available for public view online and will be launched with a new website this year.

Leading the scheme is project officer Hayley White, who helped to write the bid for the £1.8m in Lottery funding. She said: “We hope to award the contracts by March and will make sure they are best value for money.

“That will give us time to get started in Spring and Summer. There is a 52 week build time so it will go into 2021 and we will be running the archive project alongside this.

“There is imagery and data which will support education in schools, signage for tree trails and historical trails and we are developing the website and an app.

“All the historical materials are being fed into this so the community research is a big part of the park development.

“The project is great and is making a difference to a park that is well-used and well-loved. That affection was evident in the job description, how the park is a real community asset and needs to be cared for, and I felt I could help with that.”

Also working on the archives is volunteer Joseph Ryan. The 39-year-old from Ramsgate brings his skills as an archivist to the project two days a week and has trained others in how to categorise donated materials such as photos, posters and event programmes.

Joseph became involved in the archive last September but was already a litter pick volunteer at the park as  part of a group of residents working to keep Ramsgate tidy.

He said: “We hope to have archived at least a thousand items by the time we launch and it will all be publicly accessible.

“The idea is that anyone who wants to research the history of the park will be able to go on the website and see the archive material.

“I grew up playing in this park so have a personal, long-standing attachment to it. The benefits of the project are promoting the history of the park to a wider audience and making all of this historical material we have received publicly accessible so people can learn from it. They will also be able to add to it if they have artefacts and information that hopefully they will share.

Julie Wing has been involved with volunteering as part of the Friends of Ellington group for more than 10 years.

She is now being trained as one of the archive helpers. She said: “Prior to the coming together of the community the park was a bit of a no go area. People didn’t want to come here but now they do and they enjoy the park and the events.

“The bandstand was the initial trigger point to try and get funding. We wanted to make a much nicer place for visitors and it does feel like a personal achievement to have been involved now that restoration work is due to start.”

Pat Scutt, 68, is also a member of the Friends of Ellington Park. She became involved some 10 years ago following a public meeting over fears the park would be developed.

The mum-of-two said: “We were told it was going to become a building development and we wanted to save it. Someone said the council at the time wanted to demolish the bandstand so we formed the Friends and raised money with the aim of improving the facilities, providing education, creating a wildlife area and renovating the bandstand. The Friends have now become a charity and we will need to update our aims as we have done all these things!”

“I love the park and, after our three attempts, I am glad we have now secured the funding for the restoration. We will need to fundraise for maintenance at the park, staffing at the café, so we still have a busy time ahead.

“We can’t have our May fair this year because of the work but we hope to have a plant and book sale and want to get a bigger bookshop and start a gardening club. It is really exciting.”

Bev Perkins, 67, took on the role as chairperson of the friends as a temporary, six month measure. Seven years later she is still in the role and looking forward to finally seeing the results of many years of hard work and campaigning.

She said: “The park is a beautiful space but it was neglected. The Friends have worked hard and I thought if I could help then I would. We want the park to be a credit to the town.

“It really is thrilling and we are all waiting for the diggers to move in and for people to turn up on site. It is exciting to start seeing the improvements and seeing people’s pleasure in that.

“We will be creating a gardening club which will be the catalyst for a social hub. Hopefully there will be people, maybe single or elderly, but all will already be gardeners so there will be something to talk about rather than it just being a group of strangers. Then we will have a plant and bake sale this year and next year we can reinstate the May fair.”