“People have strongly rooted ideas about what autism is or what it could be but what I would like to emphasise is the theme of abilities, of being able to see things differently and looking at a situation from a standpoint that others might not have thought about,” says Thanet council deputy leader Helen Whitehead.

The Margate mum-of-one and former special needs deputy head teacher speaks from experience. Not only has she worked in special needs education after qualifying as a teacher in 2007 but Helen was diagnosed as an adult with Asperger’s syndrome, part of the autistic spectrum.

Autism is described by health professionals as having characteristics that vary from one person to another, but in order for a diagnosis to be made, a person will usually be assessed as having had persistent difficulties with social communication and social interaction and restricted and repetitive patterns of behaviours, activities or interests.

The National Autistic Society estimates that there are around 700,000 people living with autism in the UK – about one in every 100 of the population.

The ways in which people are affected differ vastly, some people may not be able to communicate, whereas others are highly intellectual, in jobs of significant responsibility, leading family lives and managing their neurodiversity in a way that means neighbours and friends would not even be aware that they are overcoming sensory or social hurdles.

Some people living on the autistic spectrum say discussion should be about differences not just disability. 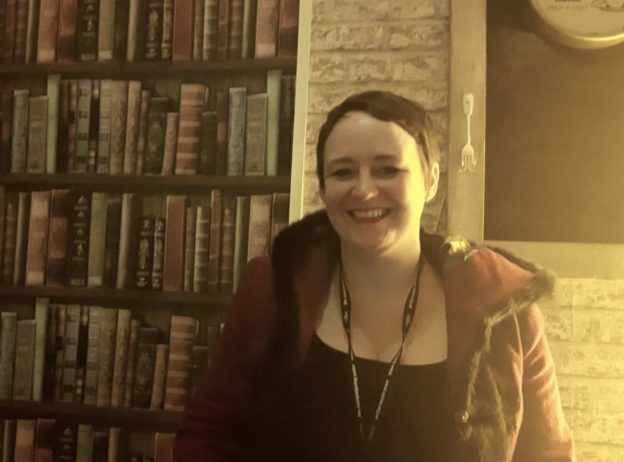 Helen, 38, said: “I want us to be able to have a conversation that doesn’t just identify autism as a disability but looks at it as part of the human spectrum that provides strengths and ways of looking at things that are vital for our society to function well.

“”I follow the social model of disability rather than the medical model. We need to move away from a dialogue that talks in terms of deficits and difficulties and towards a dialogue of difference and ability.”

Helen studied English Literature at Birmingham University and gained her PGCE teaching qualification at Canterbury Christ Church University. She has recently put an MA in fine art on hold for a year while she juggles being in council and parenthood.

Entering local politics because: “I saw things happening in society I wasn’t happy with,” Helen took the decision to be open about autism from the beginning.

She said: “Many individuals on the spectrum work in fairly high-pressured environments and have significant responsibilities but tend not to disclose because sometimes you say you are autistic and judgements about your abilities are made.

“I am good at spotting patterns in information, I love language and words, I’m good at systemising.

“The point for me of being open was to enable the next generation and to make sure it is something that is spoken about, including the abilities and strengths.

“There is not enough emphasis on what people on the spectrum can do and bring to society.”

But there are also struggles. Helen said: “There are huge waiting lists for diagnosis. The support needs to be there from as early as possible. I was not diagnosed until I was an adult and that meant I was masking, or camouflaging, so learning to project how you are supposed to present yourself. In an ideal society there would be recognition of who you are, what individuals are good at and where support is needed.

“There is a lot of discourse around needs  but not enough emphasis and what they can do and bring to society. There are a lot of people with skills that are extraordinary.

“But it is so hard for children and their parents to get the diagnosis and support needed. And autism does not stop at childhood. You don’t hit 18 and magically you are not autistic anymore. As an adult it is a more complicated world socially so can be even harder.”

One area that Helen finds hard is being hyper-empathetic rather than the stereotyped view of autism meaning there is little empathy.

She said: “It can be crippling; I feel everything. I have to be careful in how I balance things in order to avoid overload.”

In politics Helen’s characteristics are a double-edged sword. She said: “I struggle with the politics of politics.

“You are here to do a job and the best way to do that is to be honest, upfront and clear and to try and work together. Nationally we are used to politics where people aren’t always open and are not being truthful and not holding their hands up when they get something wrong.

“The idea in politics that you must protect yourself rather than those around you is alien to me and does not make any sense. It is a struggle to exist as authentic when people do not trust politicians, although I do not blame them. That is the hard bit.

“There is this system of saying we have always done it this way even though it doesn’t work. Because a lot of us (on the spectrum) tend to be quite blunt there is this ability to just say ‘it doesn’t work so why do it?’

“I do think we have a chance for something new in politics that is responsive and inclusive and acknowledges our role to serve. It should not be about power.”

At a recent Kent County Council meeting it was revealed youngsters in the county showing signs of ADHD, autism, dyslexia or learning and communication disorders are spending up to two years without a formal diagnosis, although the waiting time has halved since 2016.

Some 69% of children wait more than 18 weeks to get their first full assessment with the neurodevelopmental and learning disability service which is commissioned to the North East London NHS Foundation Trust (NELFT).

In November KCC members agreed to give notice to NELFT, with funding for part of the Kent Health Needs Education Service and all Early Help work to be used in alternative early intervention programmes.

A report by Healthwatch published last August has also highlighted a gap in support services for families waiting for, or having recently received, a diagnosis.

The health group said: “Many parents and carers expressed that they did not know where to turn for support and information. There should better signposting to local support groups and the Kent Autistic Trust, following a referral for an autism assessment.”