A Ramsgate Sinclair C5 enthusiast has helped with the filming of an episode of Great British Inventions with Sir David Jason.

Leigh Thompson has been a C5 collector for the last three years and exhibited some of his vehicles at the Ramsgate Micro Museum last year.

He was approached by C5 inventor Sir Clive Sinclair’s nephew Grant Sinclair who had read about Leigh in The Isle of Thanet News.

Leigh, 46, said: “I was contacted by Grant Sinclair the nephew of Sir Clive, who has made his own e-trike. After The Isle of Thanet News piece and talking to visitor at the museum he put me on his Sinclair Spectrum website as I used to work for Sinclair User magazine. 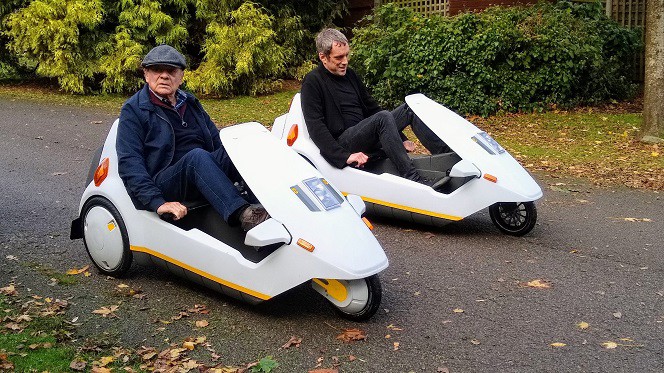 “Grant had Googled me and asked if I could help out and supply a couple of good condition Sinclair C5s. After speaking to the production company Wise Owl Films and a lot of organising the C5s were put in a low loader van and went on a long journey to the Pittville Pump Room in Cheltenham.

“Sir David Jason and Grant Sinclair rode them around the grounds with the equipment stored in the C5 boot whilst having an interview about the history and discussing how it would be if they had been released in a different decade when people would appreciate electric assisted vehicles more. 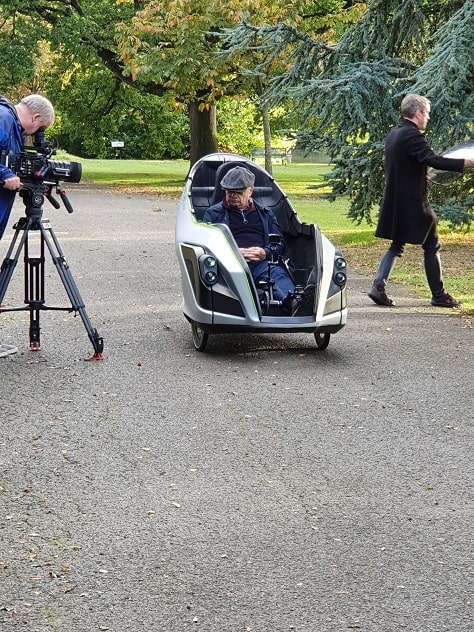 “I had a good day, Sir David was really interested the C5s and was asking a lot of questions on how they were made, how do they go and what could be made different.

“Grant had also brought his Iris E-Trike which is the latest electric vehicle and Sir David also tested that.”

The episode aired on January 21 but is still available to see on More4 catch up, via the website here. 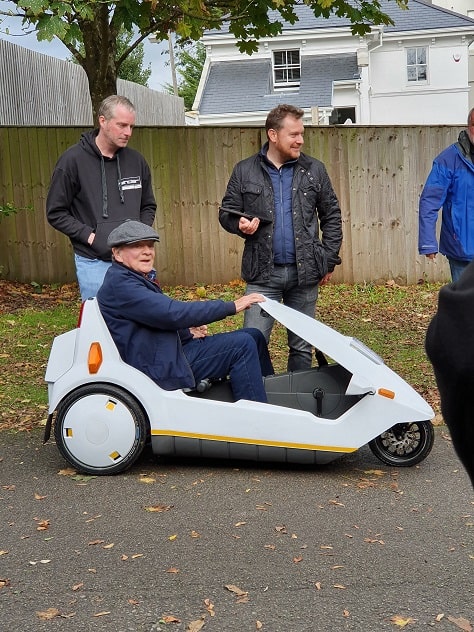 It was a ride in a C5 almost three years ago that sparked the start of Leigh’s collection. He was bitten by the Sinclair bug during the ride and bought his first C5 that same evening.

He now has several C5s and an electric Sinclair bike – called a Zike – as well as multiple Sinclair computers.

Sir Clive Sinclair is an English entrepreneur and inventor, most commonly known for his work in consumer electronics in the late 1970s and early 1980s.

Sinclair developed the C5 as an electrically powered tricycle with a polypropylene body and a chassis designed by Lotus Cars.

It was launched in January 1985 but received poor reviews.

The vehicle’s limitations – a short range, a maximum speed of only 15 miles per hour, a battery that ran down quickly and a lack of weatherproofing – made it impractical for most people’s needs.

But the C5 then became a cult item for collectors. Thousands of unsold C5s were bought by investors and sold for inflated prices. Enthusiasts have established owners’ clubs and some have modified their vehicles with adaptions including monster wheels, jet engines, and high-powered electric motors.