A domestic thriller set in a fictional version of Margate has been published by isle actor and script writer Chris MacDonald.

Happy Ever After is a debut novel for the dad-of-two who moved from London to Westgate with his family three-and-a-half years ago.

It tells the story of Naomi who may look as though she has the perfect life with a beautiful home, child and husband but appearances are deceptive.

In reality Naomi’s husband is depressed, their house is a building site and they’re struggling to conceive their second child.

But then Naomi becomes involved in a romantic tryst with a parent at her daughter’s nursery, she discovers she is pregnant and her lover has disappeared. 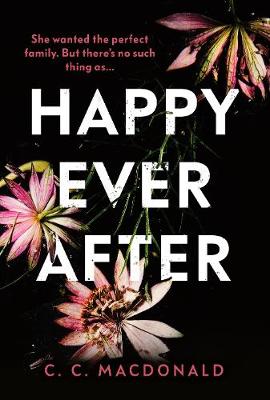 Chris, 35, said: “Things start to unravel and then the thriller element comes in.

“The setting also has the phenomenon of people coming from London and moving to Margate and Ramsgate and the  difficulties of that and slight discord with the incumbent population.

“This is in the background of the book and means the central characters are much more isolated, without a support network. It is an interesting phenomenon.”

Chris and wife Jo moved to the isle from Stratford but Chris says the book does not reflect their own experience.

The tale also includes passages that paint pictures of Margate’s landscapes, particularly scenes such as the stark beach in winter, covered in snow.

Chris, who often spends his writing days with Cockerpoo Frankie competing for attention, has also been approached about the film rights to the tale.

He said: “It is being optioned for TV. A production company has bought the rights to the book and is working on an adaption. It is really exciting.”

Happy Ever After is out as an e book and yesterday (January 23) the hardback was launched. It will come out in paperback in July.

Find an extract of the book here