Report and photos by John Horton

A Eurostar train which was once used on the White Rose service out of King’s Cross while GNER’s class 91s were being overhauled has arrived today (January 9) at the Locomotive Storage Limited depot in Margate. 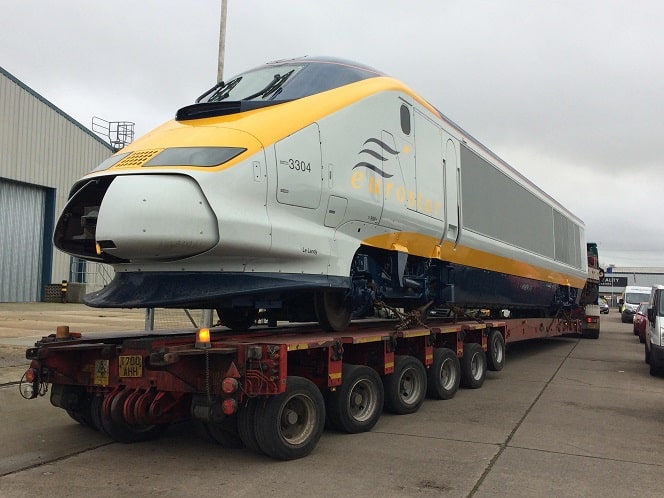 The train was most recently withdrawn from service in France and dumped on a section of track. It was heavily stripped of useful components prior to withdrawal and then vandalised shortly afterwards. 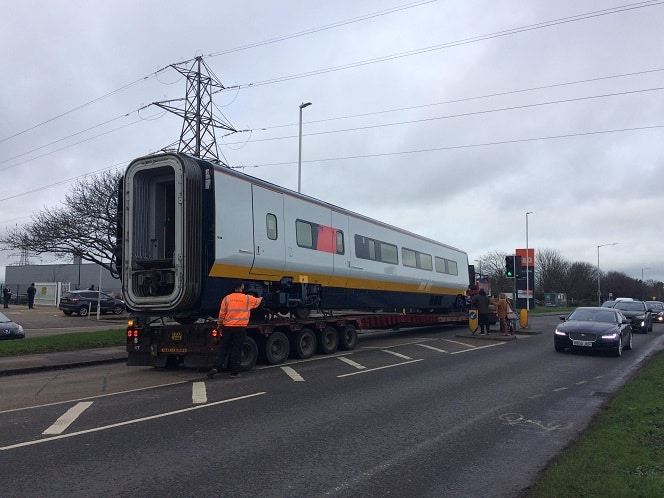 The train was offered to Locomotive Storage, based alongside Hornby’s on the Ramsgate Road, and arrived back in the UK via Allelys Heavy Haulage which moved the power car and the coach from France to Derby for a CIA Eric paint job and then to Margate.

The Eurostar is the latest addition to Locomotive Storage which has a collection including steam locos Bittern and Black 5 and a Clerestory observation car.