The nation has been to the polls in one of the most controversial General Elections in recent times.

Conservative Craig Mackinlay has taken the seat with more than 51% of th vote.

He said: “The people of South Thanet want to get Brexit done and move on.”

He said the issue had paralysed Parliament and added: “It looks like there is a significant Conservative majority to get this country back on track again.”

He thanked Green’s Becky Wing and Lib Dem Martyn Pennington but criticised the nature of the Labour campaign, prompting some anger from supporters of Rebecca Gordon Nesbitt. 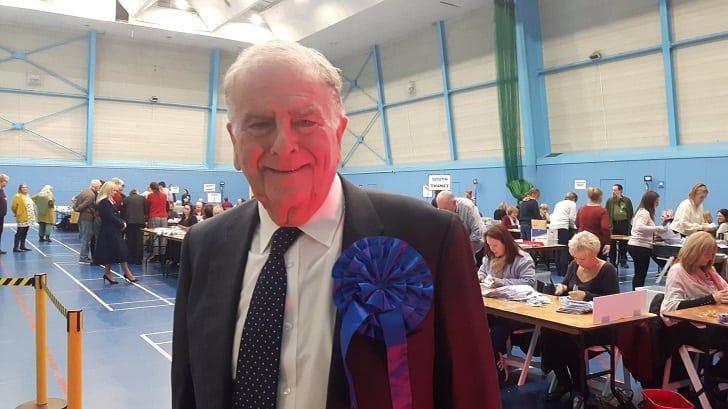 He added: “I would like to thank Angie Curwen and Rob Edwards for a courteous, clean campaign.”

Sir Roger added that he was humbled at being elected again.

(2.30am) News in that Rosie Duffield, Labour, holds on to Canterbury.

The Exit Poll predicts a national win for Conservative: 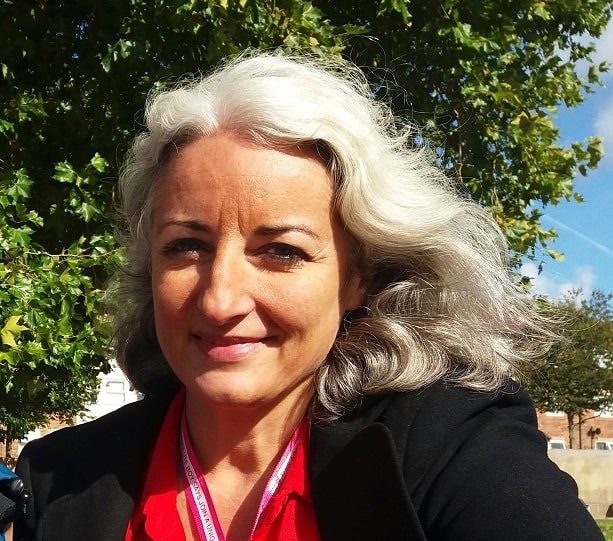 Labour candidate for South Thanet Rebecca Gordon Nesbitt said party policies had been popular on the doorstep but Brexit had dominated the vote.

She said: “The policies were incredibly popular and issues were the stroke unit and fears of its closure and that of A&E but Brexit has dominated. It had been very dominant in the beginning and then people moved away from it as the campaign progressed and we had hoped other issues would be the dominant ones.”

She added that it was ‘sad’ that Brexit had overshadowed important policy on areas such as education and health.

Sir Roger Gale, Conservative for North Thanet, says this election has been driven by two issues

He said: “There have been two very clear issues. Firstly, Brexit, whatever side of the political divide, Leave or Remain, Left or Right. I think there has been a fundamental desire to get on with it. We have got to get this done as it has been getting in the way of so many other things. It has been a block in the system for far too long, We need to be able to get on with health, education, housing, all the other things that matter to people.

“Secondly, the Labour Party have the wrong leader with the wrong policies that is implemented would bankrupt the country and take us back to the 1970s. The divide comes where there are people voting in the election who do not know what the 1970s were like. Those of us who lived through those times, the strikes, the national bankruptcy know too well that we never want to see it again.

“I hope it sends the Labour Party a message that we need an opposition and a strong opposition but not a militant opposition.” 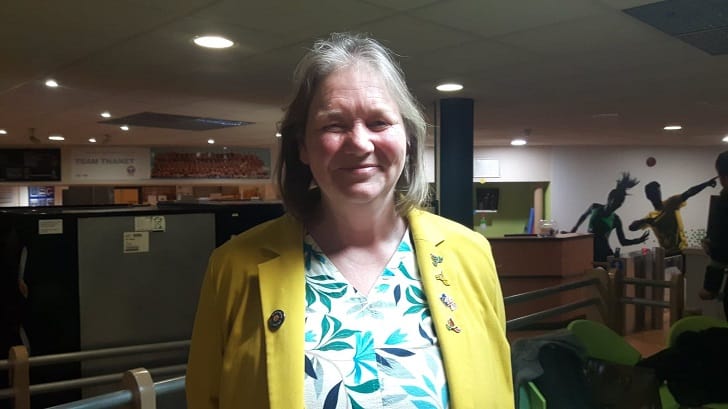 She said: “It is hugely disappointing for the Liberal Democrats and for the country. The first past the post (voting) system leaves a lot of people disenfranchised. As an ardent Remainer I believe, as does the party, that we are better off in the EU and I fear for the future of our relationship with Europe. I worry that we have not been able to get an acceptable deal in three years so how are we expected to do it in one? I am very much worried about a no deal Brexit.

Becky Wing (Green) said canvassing had been positive but branded the exit poll as ‘a disaster’. She added: “I think we will increase our vote and we have spread the word massively. We have also conducted ourselves properly throughout.”

(The chocolate has run out, The Isle of Thanet News is now on the wine gums. Result not expected until 5am – send more sweets!!).

Craig Mackinlay said the exit poll was ‘even better than expected’ adding that the Conservative win in Blyth Valley was “breaking through the red wall of the Midlands and North.”

Mr Mackinlay said he has arrived early to help ‘sample the boxes’ due to less than desired counting officers.

He added: “From what I have seen so far we have won every (South Thanet) ward, including the difficult ones, except for Cliftonville West. We have not had the villages and Sandwich in yet but I am very positive and it is looking like a win.

“I have been walking the streets for the last five weeks and you do get a feel, people want Brexit done and there has been a fear of Corbyn, so what I am seeing is not unexpected.” 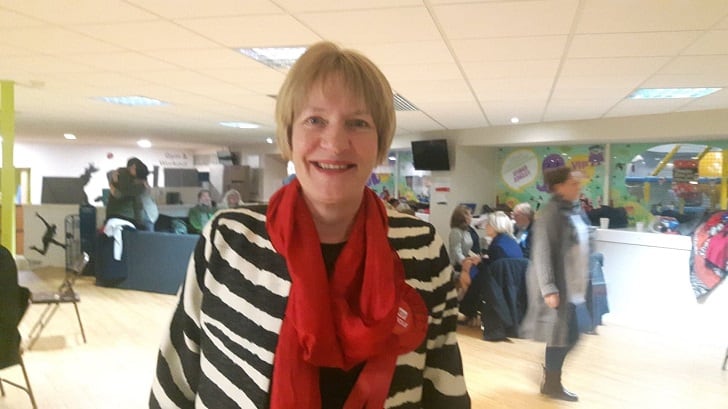 Dr Coral Jones, Labour candidate for North Thanet, has arrived at the count. She said canvassing had been ‘really positive’ with ‘Brexit hardly coming up at all.’

“But one problem is where do people go for political debate and policy ideas? I would like to see everyone involved and everyone informed about cuts to schools and child care and nursery care. Health visitors have been cut by 45%.

“I’m concerned about building on green land and I want to oppose the local plan which is not rubber stamped yet. We need to fight against it because housing is eating up our farmland.”

Dr Jones added that she was feeling positive about the campaign and the ballot. 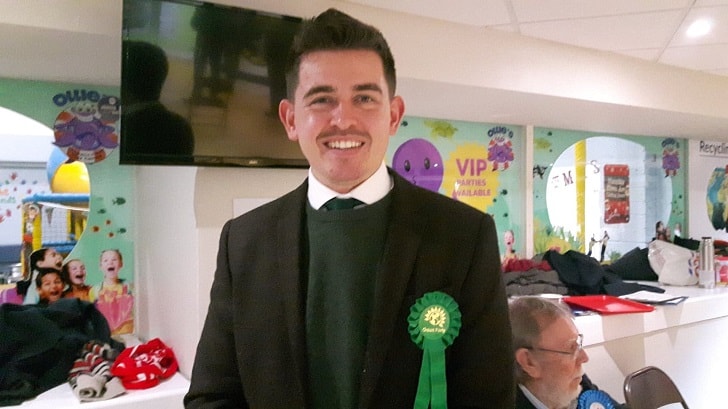 Rob Edwards, Green candidate for North Thanet, said local issues had included flooding, climate change, concerns over the stroke unit and QEQM but Brexit had been the election decider.

He said the exit polls reflected a view that: “Brexit means Brexit’ but added: “It is apparent that it is a by product of Brexit but I will stay optimistic and positive. We have still got three Green district councillors at TDC and I am quite confident that we will have more votes than in the last election and more votes mean more credibility. There are already lots of Green policies being used by labour and the Conservatives and hopefully if this election has resolved the Brexit issue then we can move forward and look at the other issues nationally and locally.” 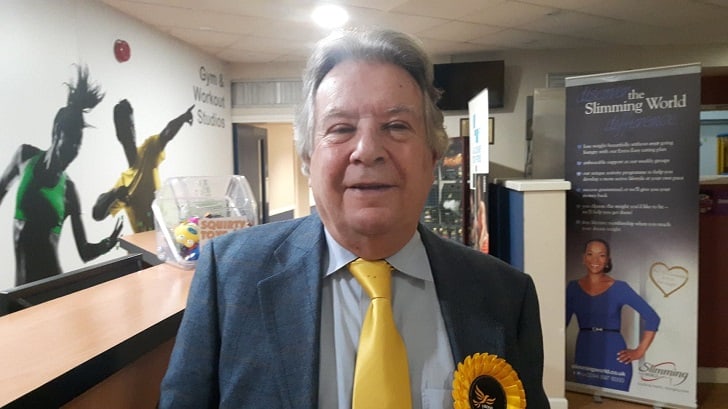 He added: “When I was campaigning during the referendum everyone had different ideas of how Britain would look outside the EU and three years on nothing has been done to reach a national consensus on that which is going to continue to create problems.”

He said former PM Teresa May had not been honest about Britain and Ireland and the impossibility of one being in the Customs Union while the other was not and that Conservatives have failed to negotiate any trade deals for the country.

Mr Pennington added: “There were other issues people felt were not being addressed such as crime. That is not just about getting more police on the street, although that would help, but also about dealing with drug use and tackling all those areas.” 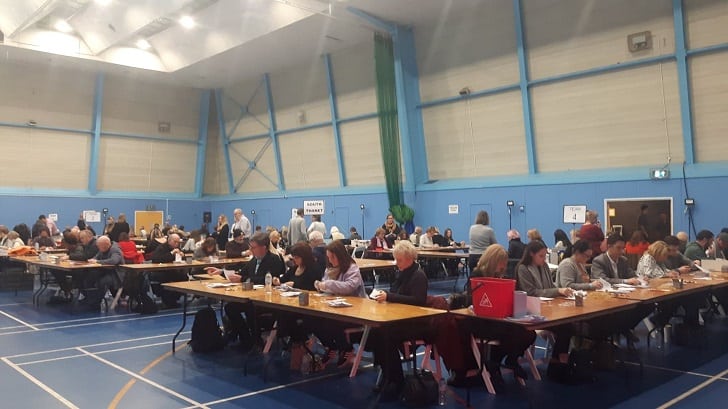 The first ballot boxes are arriving. Postal votes are being counted. A smattering of political representatives are milling around. The Isle of Thanet News has broken out the chocolate already.

For those of you who have noticed a change of location, the Winter Gardens (the usual election count venue) is a bit busy with its Razorlight gig.

It is the third general election in just four years. Conservatives held seats in both Thanet constituencies in the 2015 and 2017 elections.

Labour took the second largest poll in both constituencies with a 6,387 shortfall behind Conservatives in the South of the constituency and a 10,738 margin in the North.

Major issues in the Thanet battlegrounds include the NHS, particularly acute stroke services at QEQM Hospital, housing and homelessness, Manston airport and then, of course, there is Brexit.

For South Thanet the prediction is Conservative Craig Mackinlay taking 57.5%, Labour’s Rebecca Gordon-Nesbitt on 30.2%, Martyn Pennington for Lib Dems taking 9.3% and Becky Wing for Greens predicted to poll 2.9% of the vote.