Pupils were enthralled by his latest tale called The Boy with the Saucepan Hat about Oliver Todd, an accident-prone boy, aged ‘10-and-a-bit’, with a vivid imagination.

His crazy and amazing adventures begin when he wakes up one morning with a saucepan stuck on his head and doctors tell him there is nothing medical science can do to help!

Sheila Archer, senior teaching assistant who runs the school’s Better Reading Support Partnership and the Chilton Book Club, sent their comments to the author – and they received a surprise reply. 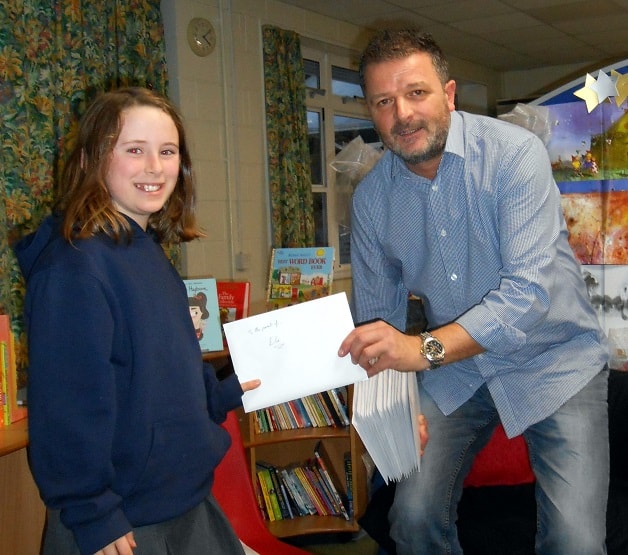 She said: “Martyn Harvey told us that we were being acknowledged in the front of the book for the wonderfully constructive feedback we had provided.

“In addition, he then visited us and thanked the children for their valuable comments and presented each child with a signed copy of the book and a poster which had some pencil sketches of his next book Mr Wibberley Wobberley’s Amazing Flying Bicycle that is due to be published in March 2020.”

“Martyn read a preview of this book, and our children were captivated and inspired by the writing and illustrations.

“We would like to thank Martyn for visiting us and we look forward to him joining us again to lead some writing workshops so that more children can enjoy and be inspired by him.” 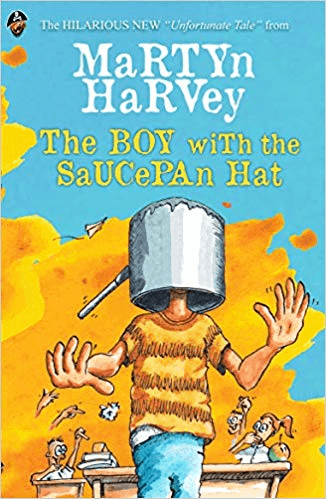 Assistant Head of School Matthew Lamprell added: “It is fantastic that we can attract local talent and provide children with the opportunity to meet a local author/illustrator whose books are in the shops.

“The children very much enjoyed the experience and were intrigued with what Martyn had to say about ideas for future texts – it was a wonderful afternoon for all those involved in Chilton Book Club.”

Mr Harvey is a former parent at Chilton Primary which was attended by his daughters.