A beach theme make over with a nod to Victorian author Charles Dickens has seen the transformation of a Broadstairs B&B into the newly opened Artfuls.

The property, in John Street, was formerly Loungers but has now been taken over and recreated by couple Neal Parton and Michael Whitehead.

Former massage therapist Neal, 50, had been working at Loungers  and decided to take the plunge when he found out the lease would be available.

The couple, who met 25 years ago whilst both working on P&O Ferries, then set about renovating the site, inside and out, with the doors of Artfuls bar opening on November 22. 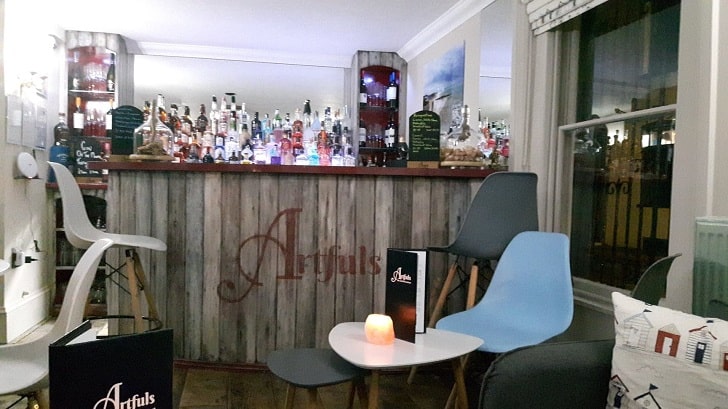 Neal said: “I got wind that the (former leaseholder) was leaving so got in touch with the landlord and before we knew it, it all happened! 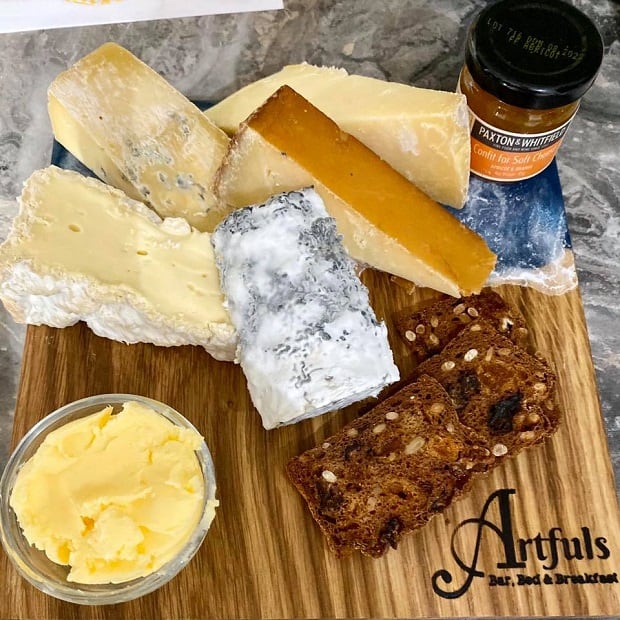 “We wanted the beach theme but also keeping ties with the Dickens name – so, Artful Dodger – and having Dickens’ memorabilia.

“The bar is mostly finished and now we are starting work on the four rooms for the B&B, which we hope will be ready towards the second week of December.

“We want this to be  completely different to everyone else.” 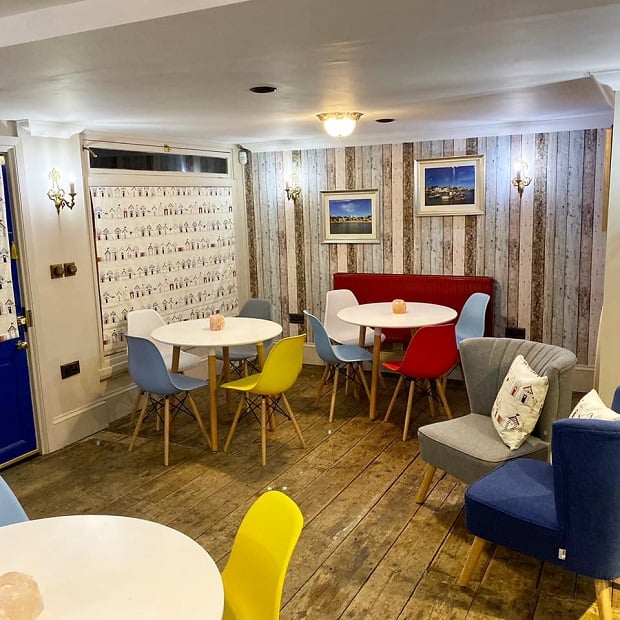 Longer term plans include a coffee shop offering during the day, with breakfast offerings such as bacon in ciabatta and then afternoon cakes before reverting to a table service bar in the evenings. 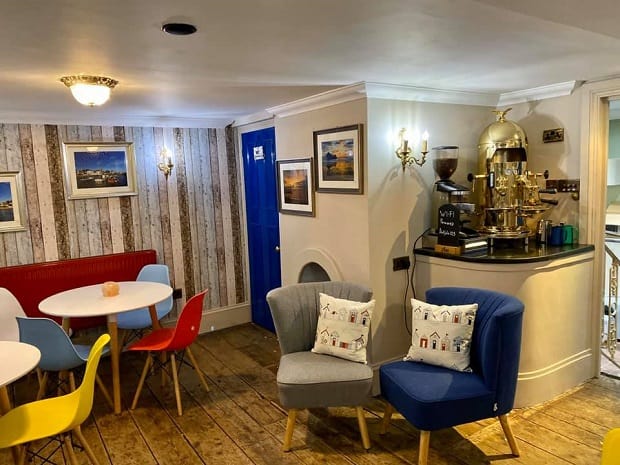 Former Thanet Tec catering student Neal said: “We will be offering everyone table service so there is no need to be standing around at the bar, snacks will also be a free gesture from us. It is all about being spoilt, come in, relax and let us take care of you.”

Michael is still working full time for Hillary’s blinds but will be on hand in the evenings to help out.

The B&B is expected to open in the new year with four themed bedrooms – Moulin Rouge, Victorian, Beach and Oriental.

All rooms are intricately designed for their themes and all have luxurious bathrooms with roll top baths.

Neal said: “This has been a dream for a long time, I wake up in the morning and have to pinch myself now it is actually mine!”

Artfuls, at 1 John Street, is currently open Thursday, Friday and Saturday from 5pm until midnight, with a view to extending this in the New Year.