An enormous rail track layout will be in place in Birchington in January when Trainmaster Kent comes to town.

Trainmaster was created by former teacher Janet Vdbussche after she had her third son.

She said: “At the time my eldest son was three and a complete train addict but my middle son would just destroy the tracks at home, I jokingly suggested to my husband we hire a hall for him to play trains in. I began to think about the idea and how something like this could work.

“I decided to hire a hall and build an enormous hands-on train track but with a range of other activities to keep my other son entertained and so we have a train station tent, ride on trains, crafts, fancy dress, reading books and a baby area. 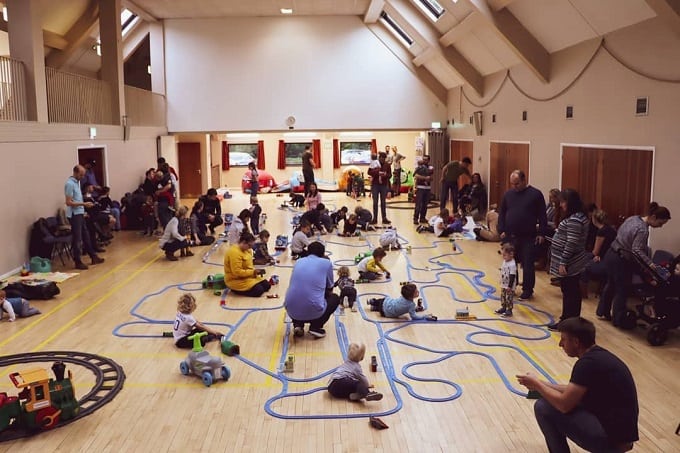 “Our first sessions were well received and we have grown to new surrounding areas streamlining what we do.”

Train layouts are adapted to fit the size of the venue.

Child tickets are £7. Babes in arms and grown ups are free. Sibling and multiple session discounts are applied automatically at the checkout.