Haywards Heath are Wanderers head coach Mike Pond’s tip for top spot this season whilst his side are struggling to escape from the nether regions of London League 2 SE. This was a spirited effort from the Thanet XV which showed eight changes from that which played in the last league match two weeks ago.

It was a lovely afternoon for rugby as Wanderers kicked off down the slope. There was a penalty each before sharp handling from Heath resulted in a try and a 0-5 lead after just three minutes. Five minutes later a second try under the posts was converted for 0-12 and home brows were furrowed in expectation of what might follow. It is greatly to the credit of the home team that they refused to buckle and a scrum penalty in Wanderers favour signalled an increase in the team’s competitive effort.

After twenty minutes the Heath outside centre was shown yellow and Wanderers forwards became increasingly dominant. Good ball was delivered and a cross kick from Sam Rolfe was gathered by James Robinson on Wanderers left wing who marked his return to the first XV after a long absence with a try. No conversion but Wanderers were in the game at 5-12. Wanderers were not in the mood to be bullied into submission and following a confrontation between Heath’s No 8 and Scott the pair were shown yellow. Nathan Stout returned to the right wing after taking a knock earlier but ten minutes later had to retire from the rest of the game. He was replaced by Tom Quine who moved to inside centre in a reorganised back line. Five minutes into injury time Heath collected a third try to go into the break 5-17 ahead. 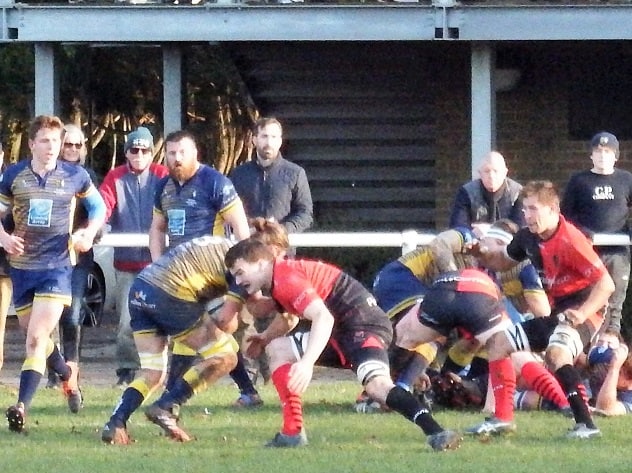 Danny Clement took a break at half time with Chris Hood on at tight head as Luke Tolley moved to the loose head berth. Any doubts about the result were dispelled within the first quarter of an hour of the restart as the visitors ran in two tries, one of which was converted, to lead 5-29. The game continued to be fiercely competitive. Captain Neil Wakefield received a knock and went off as a precaution with Clement returning as hooker. Kris Finneran also gave Andy Letts a break in the second row.

Heath scored their sixth try as the pressure exerted by their big runners continued. Wanderers effort did not diminish and a further spat between Wanderers centre Louis Marshall and Heath’s number 6 saw them both despatched to the sin bin by referee Steve Matthews who controlled a feisty match well. Wanderers never gave up and Tom Quine, who clearly has bags of potential, powered through the Heath defence for a debut try. A good conversion by Rolfe made the score 12-34 which was unchanged at the final whistle minutes later. 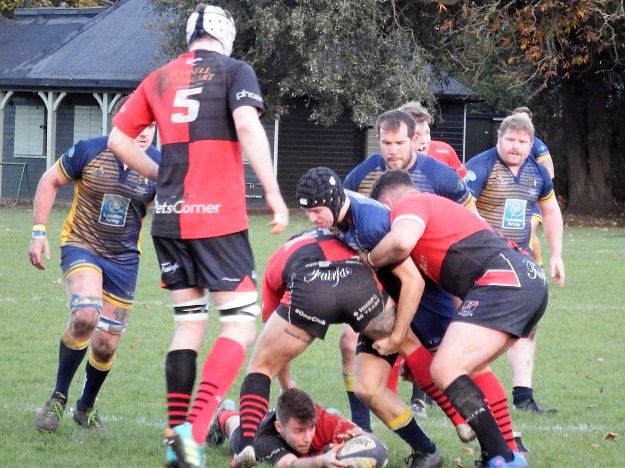 Congratulations to Heath winger James Flicker who scored four of his side’s six tries. The powerful running of Heath backs posed a constant challenge but the committed response of the Wanderers was well received by the home supporters. Although beaten, Thanet coaches will be very satisfied with the performance of the side with many of their squad side lined by injury or work commitments. The pack dominated for long periods of the match and their defensive effort was superb. Brett Scott was on fine form today. His speed of movement from one tackle to the next is amazing and his performance today was inspirational. It earned him his second Man of the Match award for the season.

Wanderers are at home to Beccehamian today (November 16) with a 2.30pm Kick off. The game will be preceded by a President’s lunch at 12.30pm.