Ramsgate mayor Raushan Ara has been named as the community champion winner in the LGiU and CCLA 2019 Councillor Achievement Awards.

This year was the tenth year for the awards which highlight the achievements of councillors across England and Wales..

There were nearly 250 nominations received and .Cllr Ara was one of six contenders in the community champion section.

The councillor who wins the award has to demonstrate-they have championed a cause (or several) on behalf of the community using council mechanisms or structures, leading to positive change for the local area;

Cllr Ara is involved in numerous community efforts, including the Thanet Winter Shelter, litterpicks and campaigning for improved conditions in Ramsgate.

The winners were announced at a ceremony in London yesterday (November 5). 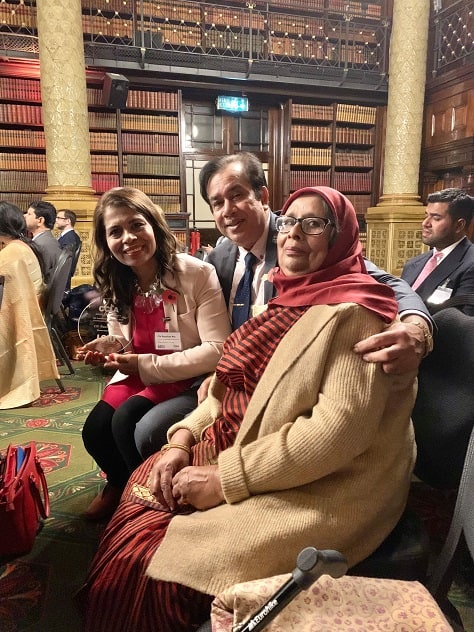 Cllr Ara said: “Yesterday I attended the  LGiU awards at the Royal Horseguards Hotel in London as a nominee for the Community Champion award.

“When my name was called, I was surprised and elated. Receiving this award is such an honour but it would not have been possible without my wonderful husband and all the kind volunteers and supporters who have helped me raise funds and do community work.

“This award is not just for me it is  for all those supporters. I also want to thank all the people who nominated me and a huge thank you to Rabbi Cliff Cohen and his wife Helen for attending the award ceremony to support me and my mum, my son Raivi and last not least my husband .

“At times like this I miss my father who passed away in March this year. I am the woman I am today because of the love and values he instilled in all his children.”