A beautiful poppy walk has been created in Westgate.

The display throughout the town consists of 220 plywood poppies, 5,000 knitted ones and two silhouette ‘ghost’ soldiers.

The project was started by Westgate couple Lorraine and Richard Hambidge and embraced by th4e town council, youth and community organisations and residents.

Lorraine shares how Westgate has been Painting the Town Red: 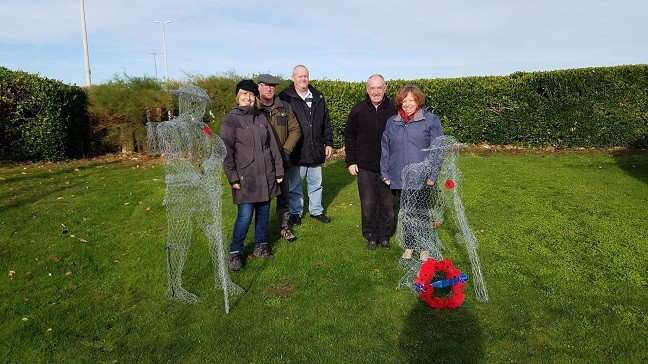 In 2018 we marked the centenary of the end of World War One. We were saddened to see Westgate – On – Sea had done nothing to mark this occasion at our War Memorial on Sea Road. On visiting Minster at that time and seeing how much time and effort had been put in to showing their respect and honouring of those who had fallen for our country, I asked my husband Richard if he could make a silhouette of a soldier. He made this out of reclaimed plywood. 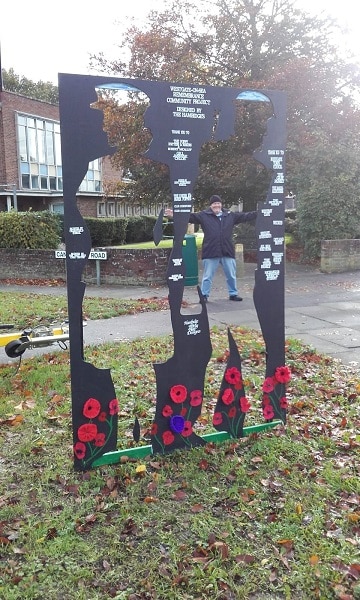 Richard also created a cross and a poppy. We placed these beside the War Memorial and, as we returned to the car, we turned and looked back there was a beautiful rainbow behind the Memorial and our creations.

Richard is the third generation of Hambidge family, who has supported the Remembrance of those who gave their lives from Westgate – On – Sea.

Little did he know, come World War Two he would add his own son’s name, Colin Hambidge, to the War Memorial.

Bill’s other son, Dick (Richards father) was a sign writer and wrote, in gold leaf, the Memorial boards in the church and the United Services Club. The family has always supported the Poppy Appeal. 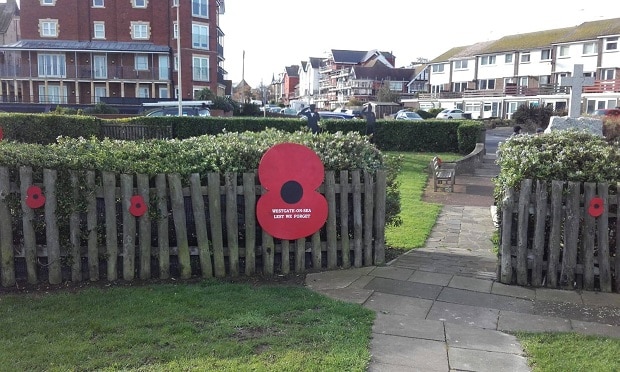 With this being the 100th anniversary of the creation of the Comrades here in Westgate, we as a family thought it would be fitting to complete a community project to show our respect for the fallen of our town.

Richard has made two ghost soldiers and cut out over 220 plywood poppies from reclaimed wood which was donated by people of the town. We also asked people to donate red and black paint and we then invited local schools, youth groups and care homes to paint up the silhouettes and poppies. 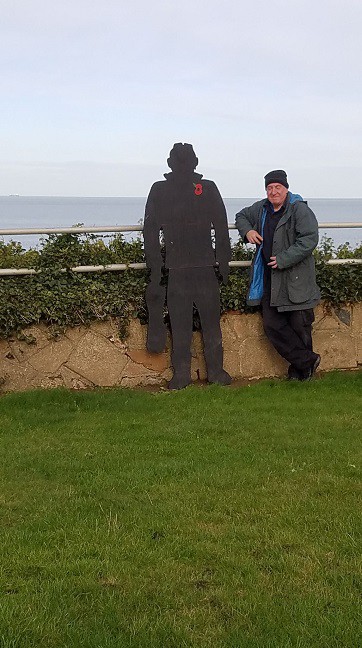 My own grandfather is buried in Kanchanaburi in Thailand and my brother will be there this Remembrance day. At a meeting with then Cllr Robert ‘Bob’ Micallef last November 2018 he suggested our town should start to knit poppies and have a big display around the town. 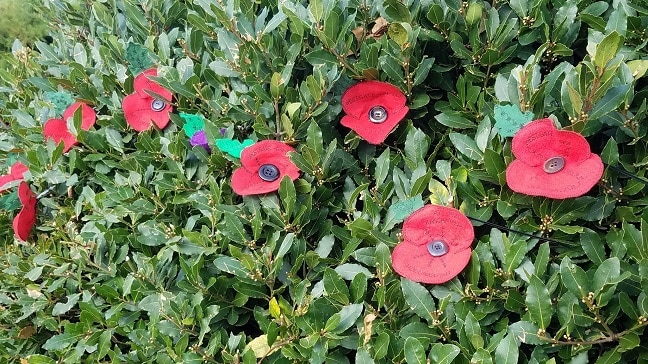 Many residents took up this challenge and created around 5000 knitted poppies. For the younger children we, along with our town council, hosted a paper poppy afternoon in half term and around 20 children and parents had a great time. These are now on display in our shop windows.

Gill, Jasmine, Chloe and Cllr Joanna Cornford from the town council put on a beautiful afternoon tea for the poppy makers in our new council office.

We put an appeal out for those who would like to donate any recyclable plywood and red and black paint and, to our amazement, we were inundated with plywood and paint supplies. This enabled Richard and myself to create poppies and silhouettes for this project.

We invited community groups to get involved with the painting of these. There is a silhouette board by the traffic lights with the names of our main supporters of this project. 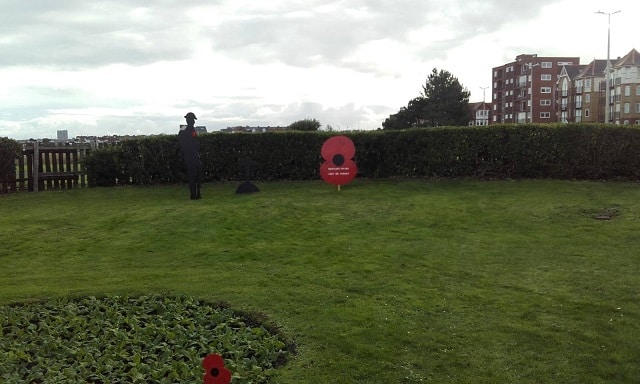 On Friday, November 1 volunteers helped to set up the display in and around Westgate – On – Sea, creating a Poppy Walk which we welcome all to come and view.

Gill Grey, our Town Clerk, has been a fantastic help along with her husband James, Ray and Christina Taylor, Cllr Cornford and Cllr O’Connor.