We had a very successful task day down in the Sunken Garden planting crocus for Purple for Polio, one of the rotary club’s charities.

We were approached by Margate Rotary and Thanet Sunrise clubs to see if planting 5,000 Crocus tommasinianus ‘Ruby Giant’ corms from each club (10,000 in total ) was possible in the Sunken Garden to give a large impact of purple in February/ March.

The planting was done to coincide with world Polio week. Last year Rotary clubs planted over 2.5 million crocus. We had 15 volunteers working from 10am till 1pm. We lifted the turf in the centre of the garden encapsulating the crossroad pathways, before bedding in the crocus corms, making sure the corms were the right way up and deep enough before relaying the turf over the top and bedding in. We also managed to plant all 360 winter bedding plants kindly donated by Andrew Miller

The garden has also won three awards this year -Kent Wildlife Trust’s, ‘wild about gardens’ gave us a bronze award. We received a runner up award for Kent Community Garden of the year from Kent life magazine and the RHS south and south east in bloom, it’s your neighbourhood, awarded us as outstanding.

Friends of Botany Bay and Kingsgate 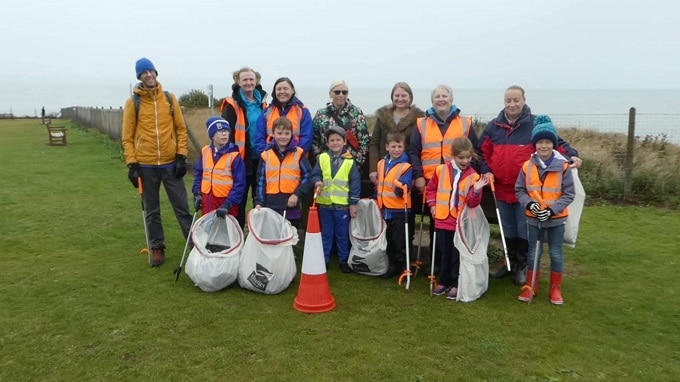 Enjoy a Wednesday social and meet up for some gentle exercise, a chit chat and a coffee whilst picking up some litter around Botany Bay.

Each Wednesday at 10,30am an informal group “the Wednesday Womblers” meets for a walk with litter sticks and chit chat social after. It is an opportunity for exercise anda  chance to meet people.

From November there will be additional litter pick meet ups on the first Saturday of month at 11am. Meet opposite Botany Hotel. 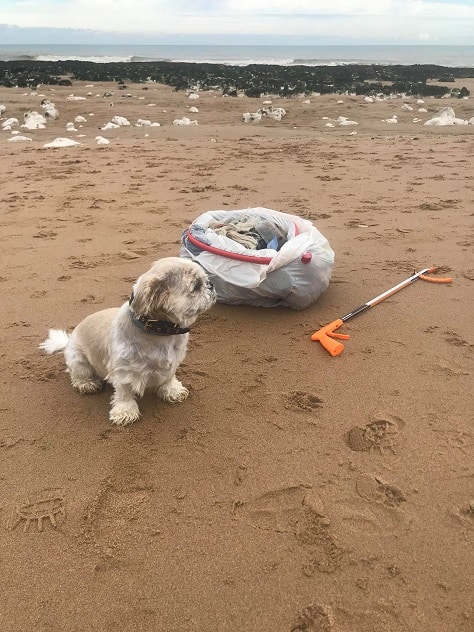 So far the group has removed more than 20 bags of rubbish from the three bays (Botany, Whiteness and Kingsgate). They are virtually pristine now above high tide mark

The hotel has six litter sticks available to borrow anytime. They offer a free tea or coffee too with an hour’s beach and clifftop litter pick 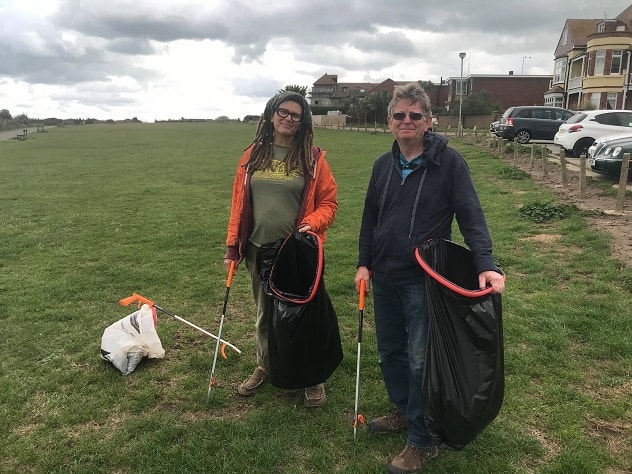 Just bring yourself – we have litter pick sticks and other equipment. All ages and abilities are most welcome. Work at your own pace, every little helps!

There is also a pick on December 7 at 11am. Find the event page here 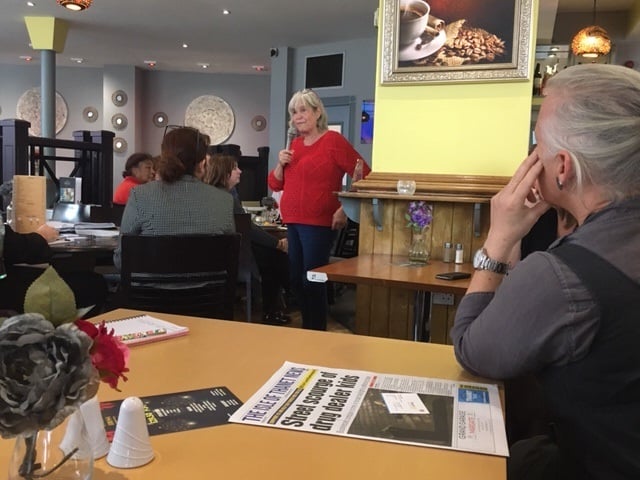 Volunteer groups and organisations met at Edessa restaurant in Margate on Tuesday for the inaugural Thanet Together gathering.

Cllr Lewis said: “Volunteer groups and charities working in Thanet are welcome to attend. The purpose is to co-ordinate work so that services can run even more efficiently.”

The crew at Margate Fire Station welcomed 13 members of the club and showed them around the station. They were able to see evidence of firefighting from wartime photographs to present day engines and equipment, including the heavy car cutters, door rams and masks which were kept in the many compartments of the fire engine.

They were given a demonstration of the hand-held sensor that detects the position and whereabouts of all living things in a building where smoke and darkness may obscure vision.

The brave men and women firefighters deal with about 1000 calls per annum in the Margate area.

Thank you for your bravery and service to our communities

For more information about Margate Rotary Club and how you could become a member please contact us at margaterotary@gmail.com

An expert from the British Tinnitus Association (BTA) will be speaking at the next meeting of the Thanet tinnitus support group. The meeting will take place 10am – noon on Saturday, November 9, at the Community Room, Tesco Extra (Westwood Cross), 475 Margate Road, Broadstairs.

The group, led by local volunteer Claire Edgeworth, enables people with tinnitus to meet others with the condition, hear useful tips on coping methods, find out what help is available and hear about the latest research.

Jess Pollard, from the BTA’s fundraising team will be giving a talk about the work the BTA does to support those who experience the condition, and the importance of fundraising for the organisation, which receives no direct government or NHS support.

Jess said: “I look forward to coming to Kent and speaking with the support group. Being among people who have tinnitus, listening to their experiences and how they manage it, can be inspirational. I feel I learn something every time I attend a group meeting. It is amazing seeing the difference it makes to people, especially those who have recently been diagnosed.”

Tinnitus is defined as the experience of sounds with no external source, most commonly ringing or buzzing, but sometimes experienced as whooshing, clicking or even music. Around one in eight people experience persistent tinnitus. Many people aren’t troubled by sounds they hear, but for around 10%, the condition has a significant impact on their quality of life, often linked to stress, anxiety or sometimes depression.

Jess adds: “Tinnitus can be an isolating condition, and we’re keen to spread the word that there are management techniques which can help a person lead the best life they can, and to reduce the burden of living with this condition.”

If you would like to find out more, please contact Claire Edgeworth on 07707 712 443 or on email at thanettinnitus@outlook.com 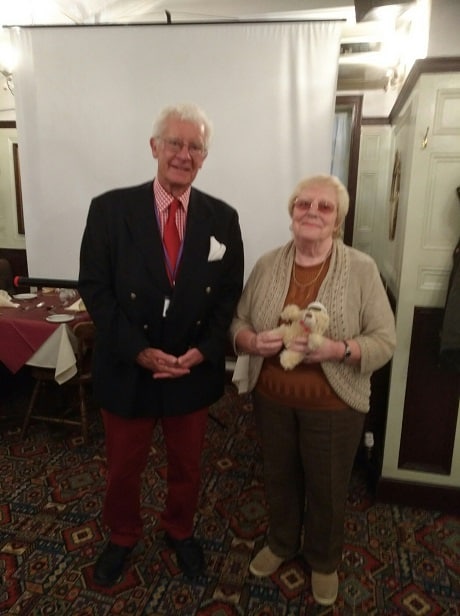 Porchlight is a name to conjure with!

Members of Margate Inner Wheel were joined last week by Dr Stuart Field for a lovely meal at Lesters in Ramsgate Road, Margate. Dr Field gave us a most eye-opening talk on the work carried out within this charity.

A free helpline for advice and assistance is available on both mental and physical help – including how to manage money and benefits.

Hostels and shared houses offer shelter when most needed but Porchlight offers much more within their different teams – these include practical and emotional support when helping families and young people.

A quick chat with Porchlight may help stave off growing anxiety on a number of issues including homelessness – finances – relationships.

Inner Wheel Clubs throughout the World support a very wide variety of charities and good causes.

If you would like more advice on the work we do – as well as the enjoyment we receive – do contact the Margate Club : innerwheelmargate@gmail.com – we would be delighted to receive your email. 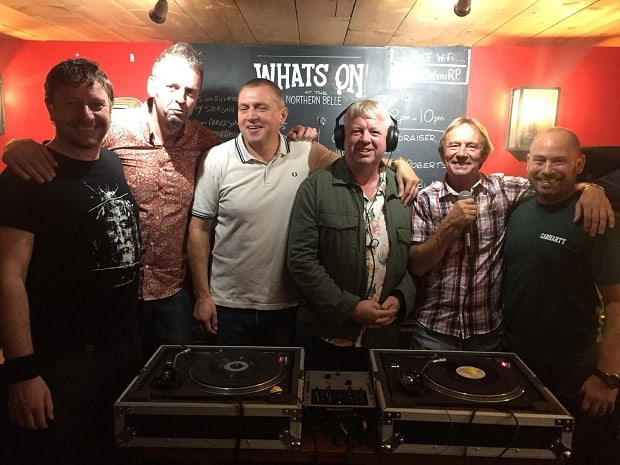 Keith  had travelled to Greece with partner Nicki Plumb to see his mum Wendy after discovering she is suffering the onset of dementia when he fell seriously ill.

At first it was suspected he had suffered a stroke but this has since been ruled this out. The doctors have been unable to give a firm diagnosis but believe it’s something neurological. Keith was in Intensive care and fighting for his life.

His sister Angela set up a fundraiser after discovering Keith did not have the insurance to cover medical costs.

He is on the road to recovery but the family still need to fund nursing care and arrange an air ambulance to bring him back to the UK.

Originally a First World War army camp, members of the British Jewish community in 1939 raised funds for the conversion of the Kitchener Camp at Richborough to be converted to a transit camp for mainly single Jewish men from Germany and Austria who had been releasedfrom concentration camps in the November Pogrom.

The men had to agree to leave home immediately, often without their families.In the next Ramsgate Montefiore Heritage talk, author Professor Clare Ungerson, whose book ‘Four Thousand Lives’ relates the moving story of the camp and its inhabitants, will explore the connections between the refugees in Sandwich and the Jewish community in Ramsgate.

The talk will be at the Comfort Inn, Victoria Parade, Ramsgate, on Wednesday, November 13 at 7pm. Members free, visitors £5. Tickets at the door.