A dad from Broadstairs has been found guilty of murder following the death of his baby boy.

Six-week old McKenzie Ellis was rushed to hospital with injuries on Monday, July 23, 2018, after his dad Lee Vernon called an ambulance and told paramedics his son was finding it difficult to breathe and was unresponsive.

The 21-year-old, of no fixed address, went on to describe the infant as unconscious when he picked him up to change his nappy and claimed he had no idea why. When the emergency services asked Vernon if the baby had hurt himself in anyway he replied ‘no, not really.’

Paramedics arrived shortly after the call at around 7.30am when Vernon then disclosed his son had hit his face on his shoulder the day before.

McKenzie was rushed to hospital in Margate where he was found to have suffered trauma to the head and had broken bones. He was transferred to a London hospital.

An investigation into how the baby suffered his injuries was launched by the Kent and Essex Serious Crime Directorate and Vernon was arrested. 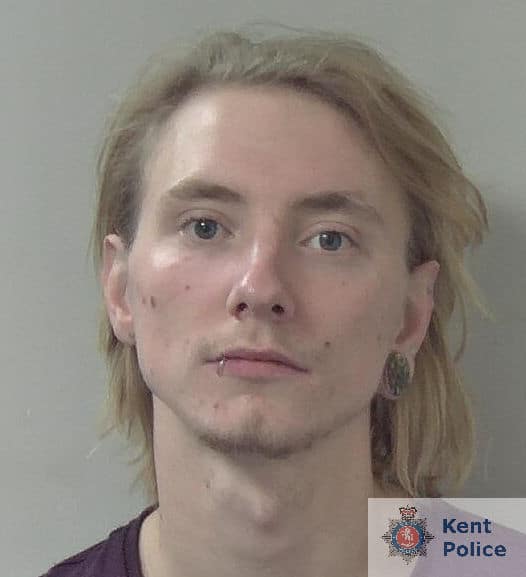 During his interview Vernon changed his initial account and told officers his son had accidentally fallen from his grip, hitting himself on the sofa arm before falling to the floor that morning during his feed. He said he was too scared to admit this to his partner.

The young child died of his injuries on Thursday, July 26, 2018. He was six weeks and five days old.

Medical experts disclosed that the baby had in fact suffered multiple injuries and a brain injury, some of which would have been caused on at least two previous occasions.

Vernon was charged with murder and two counts of grievous bodily harm with intent. His phone showed that he’d previously searched the internet to see if others had hurt their babies. Despite this discovery he continued to deny there had been any previous incidents other than those he had already disclosed.

He went on trial at Maidstone Crown Court and was found guilty by a jury today (October 24). He will be sentenced at the same court on November 29.

Senior investigating officer Detective Chief Inspector Richard Vickery said: “It’s impossible to comprehend the suffering that McKenzie endured during his short life at the hands of his father.

‘Vernon has shown himself to be a cruel and cowardly man after hurting his helpless baby who looked to him for love and care.

‘I’m so grateful to the medical experts and my investigation team who, despite this complex and emotional case, were able to get to the truth of what happened to ensure Vernon’s conviction.”