Benshi Young Film Programmers at the Palace Cinema in Broadstairs will be hosting a Rocky Horror Picture Show night on Friday (October 25).

The group of film-mad 18-25s meet every two weeks at the Palace Cinema to talk about film and choose movies to put on at the cinema with additional elements such as food, drink, music, costume and competitions.

So far, Benshi has presented classic black comedy Gremlins as their Christmas ‘18 specialas well as the re-released Ringu earlier this year and the classic and wonderful animation for families and fans of Japanese animation My Neighbour Totoro with an origami workshop.

Member Bradley Horn said: “The group started in October 2018 and is supported by Film Hub South East as part of a wider network of cinemas in the South East with young film programmers’ groups all doing the same thing.” 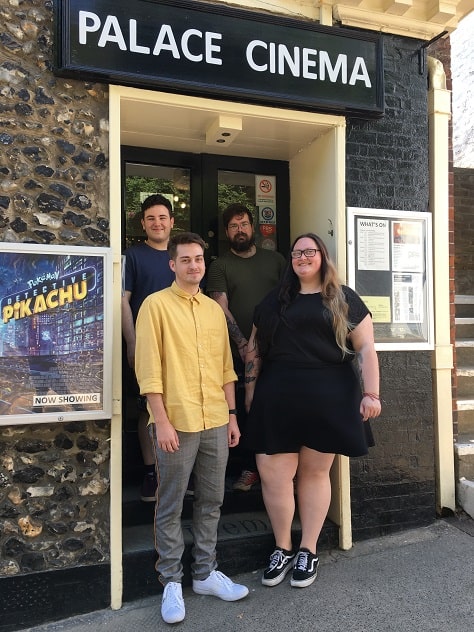 On Friday Benshi present 15 rated, singalong Rocky Horror Picture Show. The film starts at 8:30pm and is open to all. Tickets cost £7.

Before the screening there will be a trick or treat lucky dip, custom themed food and drinks and e a costume competition. Don’t forget your fishnets and red lipstick!

Benshi is also running a competition, in the spirit of Halloween, and are looking for people to create 10 second horror films with the winners getting two free tickets to the screening.

To find out more about the Benshi group email benshiprogrammers@gmail.com