The memorial plaque was unveiled by Lt. Col. Paddy Williams MC, Commanding Officer of the Household Cavalry Mounted Regiment and a former student at both St Augustine’s College and the Ursuline College. 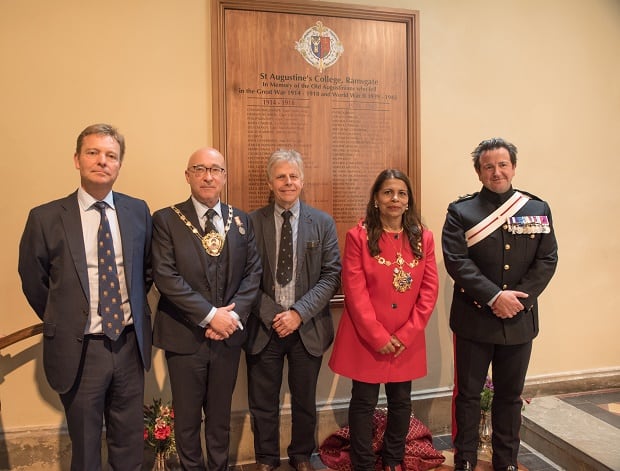 The original World War One memorial was erected above the chapel entrance at St Augustine’s College in Ramsgate in 1919.  The chapel built by Peter Paul Pugin and the school building (St Gregory’s) built by his older brother, Edward Pugin, were both demolished in the early 1970s after the school had moved into the former Les Oiseaux Convent School in Westgate on Sea. The memorial was lost too. 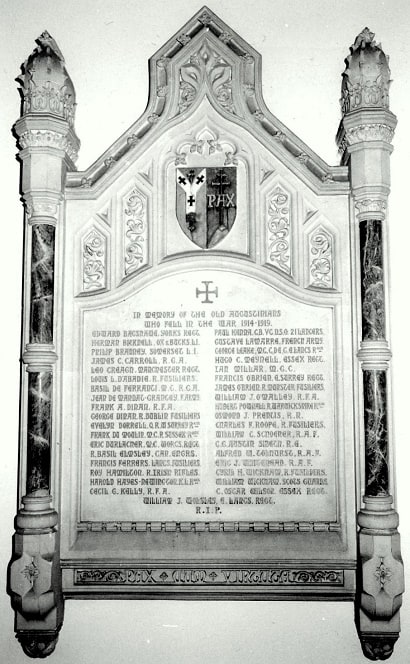 The Second World War memorial is now in storage after the school closed in 1995.  The new memorial has been funded by generous donations from former pupils at the school, The Old Augustinians. 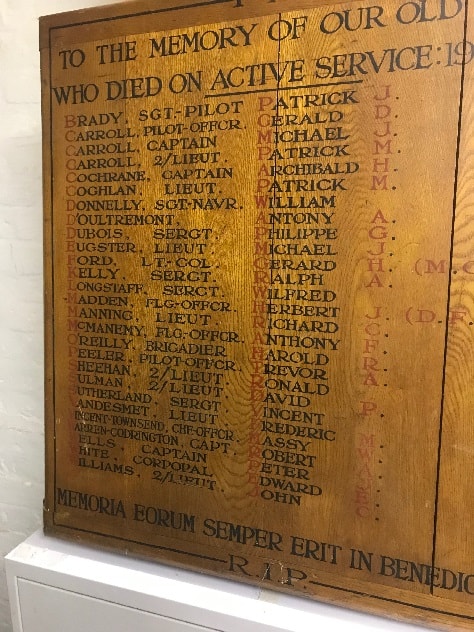 “We are also grateful to the students from the Ursuline College for reading out the Roll of Honour and saying a little about each individual person who had all been to school at the college in Ramsgate. They were not just a list of names. It’s important too that generation of students in Thanet Catholic schools should remember those before them.  Some of those killed in action were as young as 18 and had only just left school.  In one family, all three brothers lost their lives.”