Ramsgate Action Group will be holding a public meeting tomorrow (October 3) to discuss issues including the installation of a huge berth at the listed royal harbour and the decommissioning of the ‘ferry’ berth at the port. .

The campaign group has been highlighting an ongoing series of questions related to port and harbour management including the purchase of the berths.

A decision by the minority Conservative administration has been made to shift around money in this year’s budget to pay for the new commercial berth in the eastern gully of Ramsgate Harbour.

The decision, which needs signing off by leader Bob Bayford, is to use £590,000 of the £1.477m funding agreed by the previous council earlier this year to replace berths 4/5 at Ramsgate port.

The council says the decision is about reallocating the funds and delivering both the Berth 4/5 project and the Royal Harbour Commercial Berth project through a combined procurement exercise, meaning there will be no extra funding needed.

A council committee last night heard planning permission is not needed for the berths because it will be done under ‘permitted development rights’ but RAG says this is not the correct process.

The group has also highlighted concerns over the ‘emergency’ spend on berths 4/5 used by Brett Aggregates, the failings of the disastrous Seaborne Freight ‘ferry’ plan and later withdrawn funding from the government and problems within Thanet council’s senior management team. 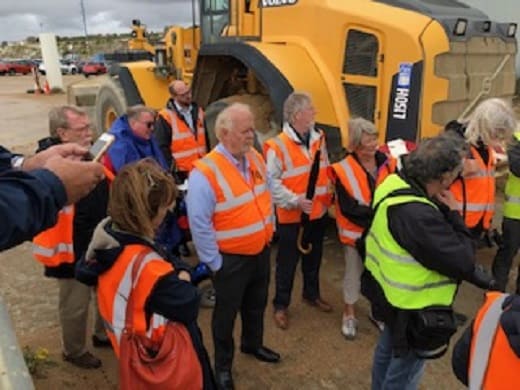 The group were among those invited to tour the port last month, along with Ramsgate Town Council councillors Ann-Marie Nixey, Steve Albon, Jane Hetherington and Pat Mackinson. The aim of the morning was to give a better understanding of the port and how it works and to see the Brett’s aggregate plant and floating pontoons. 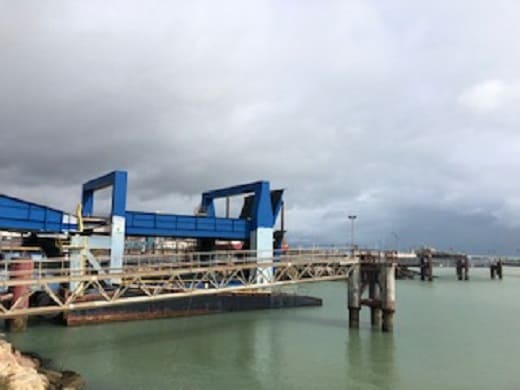 During the tour it was confirmed that berth three and the linkspan ‘bridge’ that serves it – formerly used by ferry services – has been decommissioned and locked off and will remain so until further notice. If a reinstatement to operational use is authorised, a full recommissioning process will have to take place before it is safe to use. 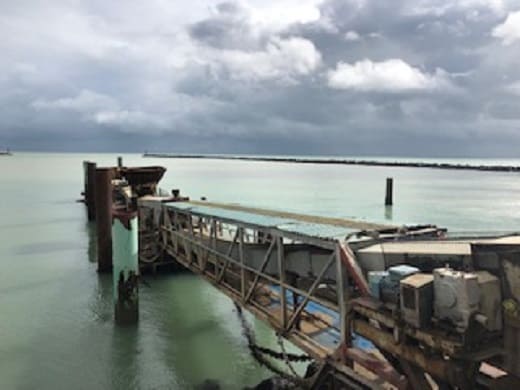 RAG chairman Steve Coombes says he has made a complaint to the Health & Safety Executive and believes the berth and linkspan have been in use while apparently being locked off.

He added: “I would like to know when the berth was decommissioned. If it was before the farce of Seaborne Freight then Thanet council would have been in talks about the supposed ferry service without having any facilities for the service to use. If it has been used while being locked off then it is a serious health and safety breach.”

According to port documents berths 1 and 2 also have ro-ro facilities. Berth 2 is currently used by car carrier vessels and the live export ship Joline.

Mr Coombes has also questioned the value of Thanet council spending £1.8 million to refurbish berth 3 between 2016 – 2018, when it is now locked off and why the decommissioning has not previously been made public.

RAG member Dominic Murphy has raised questions over ‘flaws’ in tender requirements for a port and harbour feasibility study.

Mr Murphy was due to speak at a council scrutiny committee last night (October 1) outlining his concerns but, after turning up to the meeting, says he was denied the chance by committee chairman Cllr Peter Campbell.

Mr Murphy had hoped to raise the issue of the tender being weighted 70% cost to 30% quality, saying it should be the other way around, and also that firms below the VAT threshold will be able to bid.

The RAG meeting will be held at the Oddfellows in Ramsgate High Street tomorrow at 7pm.