Dust sculptures and drawings feature in an exhibition at the Margate Caves by artist in residence Paul Hazelton,

Hazelton’s exhibition ‘No Stone Left Unturned’ will present works inspired by historical figures and people associated with the site of the Caves and the surrounding area of Margate.

Using his signature material of dust, he will sculpt figures based on some of these people, whilst their “shadows” drawn in pencil, will depict their lives and legacies. The exhibition will include the 18th-century natural philosopher, science educator, and author Margaret Bryan who – as well as running a girls’ school above the Caves – played a pivotal role in the progression of female science writers in Britain. 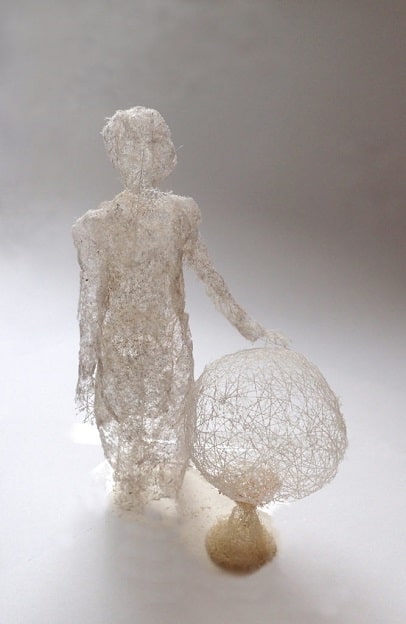 Also included will be the physicist, engineer and inventor, Hertha Ayrton whose stay in Margate in 1901 inspired her to investigate sand ripples, a mystery until she read her paper The Origin and Growth of Ripple Marks to the Royal Society in 1904. Paul will be including some ripple mark drawings inspired by Ayrton’s experiments.

Dr Arthur Walton Rowe, the eminent Palaeontologist, considered the greatest chalk fossil expert to this day also has a place in the exhibition. He was responsible for discovering the several zones in the chalk cliffs of Thanet. Paul decided to sculpt Rowe in chalk collected from the beach rather than from dust, and his shadow is drawn in chalk rather than pencil.

Paul’s journal containing his research for the project will be on view.  Paul lives and works in Margate His works have been included in many major international exhibitions, including Animals and Us, Turner Contemporary. In 2017 Paul’s work was shortlisted for the prestigious John Ruskin Prize. 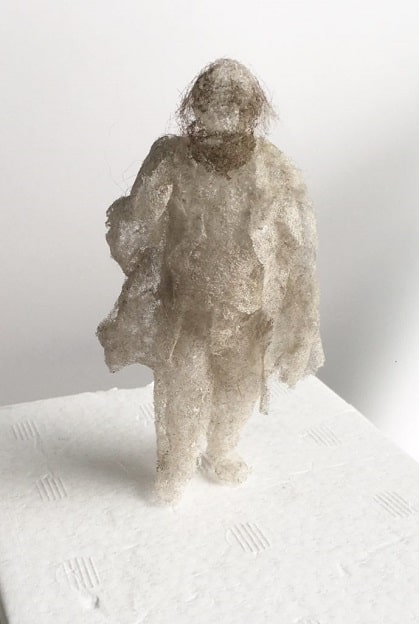 The residency and exhibition is funded by Arts Council England and supported by The Margate Caves Community Education Trust fllowing the opening of the site and new community centre last month.

Open 10am to 5pm, daily until October 27. From November 1 open 11am to 4pm Fridays, Saturdays and Sundays. Free entry. Margate Caves and café also open on these dates; admission charges apply to the Caves.

Alexander de Cadenet is an artist, writer, and the founder member of Awakened Artists, an international organisation and network of artists with a common goal. www.awakenedartists.com

Amber is a fashion historian, writer and broadcaster who is interested in the intersections between dress, politics and culture. She recently presented A Stitch in Time, a six-part series on BBC and Civilisations Stories: The First Refugees as part of BBC Civilisations Season.

Doors open at 6.30pm for viewing of the exhibition. The Caves and café will also be open 6.30-7.30pm. Pre-booking recommended.

An interactive luminous floor map of the solar system.

Doors open at 5.30pm for viewing of the exhibition. The Caves and café will also be open 5.30-6.30pm. Pre-booking recommended.

Sand ripple workshops inspired by Hertha Ayrton’s ripple-mark experiments, which she first carried out in Margate in her landlady’s zink bathtub. Pre-booking recommended but you are welcome to drop in and participate if there is space available