Young Viking and Saxon warriors at Upton Junior School in Broadstairs have been put through their paces.

The Year 5 children dressed in period costume as they were guided through the invaders, raiders, weapons and warfare by an energetic Saxon warrior called Skrr.

She told them: “This experience is not just learning about the past – it is about learning how people thought and felt in the past.” 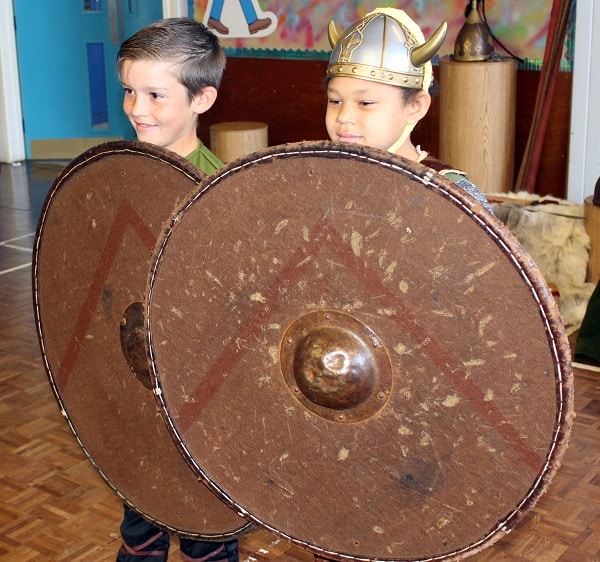 In a hands-on face-to-face dynamic series of workshops over two days she helped her apprentices explore different aspects of life for women, men and children after their country was left unstable and open to invasion after the Romans left. 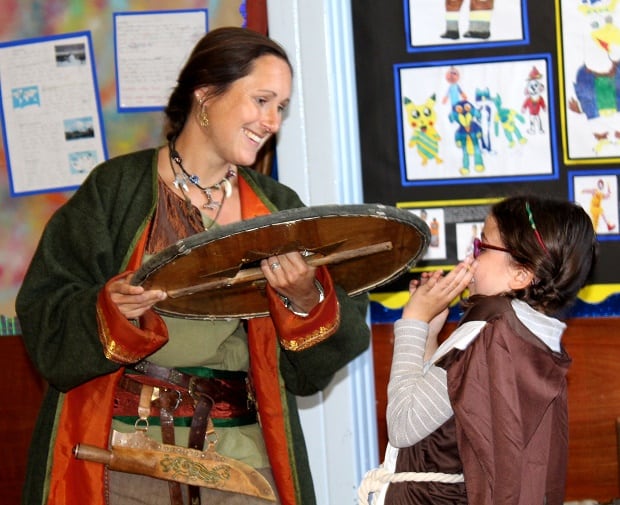 They discovered a variety of aspects life under the Anglo Saxons and Vikings including creating a shield wall, weapons including a variety of axes and swords and how to use them in battle, crafts and daily life, household objects, food, Viking burials and the raid at Lindisfarne that heralded their arrival. 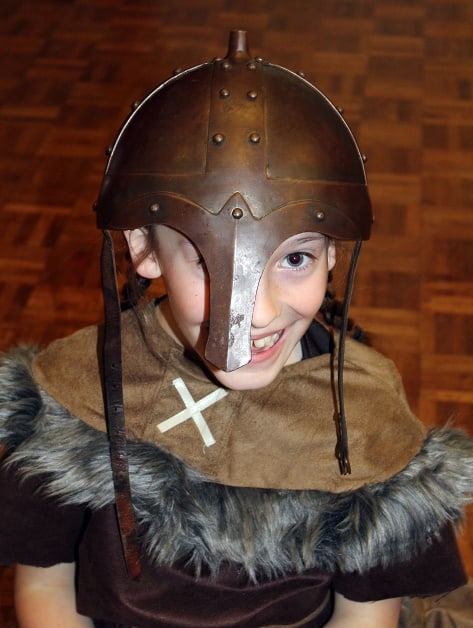 The pupils learned about the importance of ancestry, how people were named, farming, family, and religion and why the relatively historically recent image of a Viking helmet with horns is incorrect. 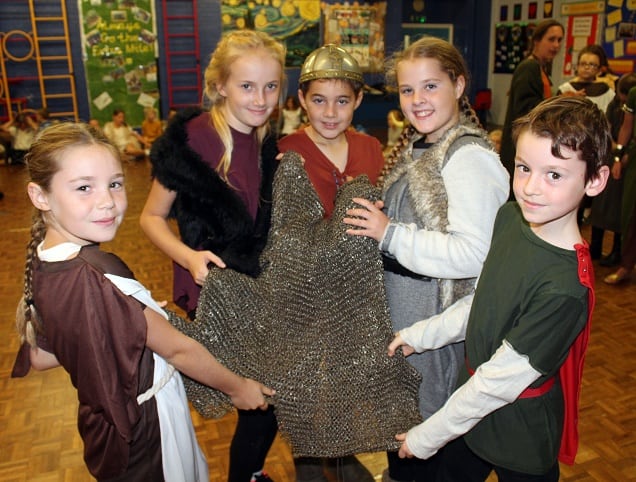 Head of Year 5 Nicola Sedgewick said: “It was a fantastic experience and Skrr (Julia from Viking Schools Visits) drew the children into her Viking world and engaged them brilliantly.

“They gained a wealth of knowledge from taking part and were engaged in numerous interactive activities and games. It is a perfect way to engage in our latest new topic which is Invaders and Settlers that focuses on what happened after the Roman withdrawal from Great Britain in AD 410. 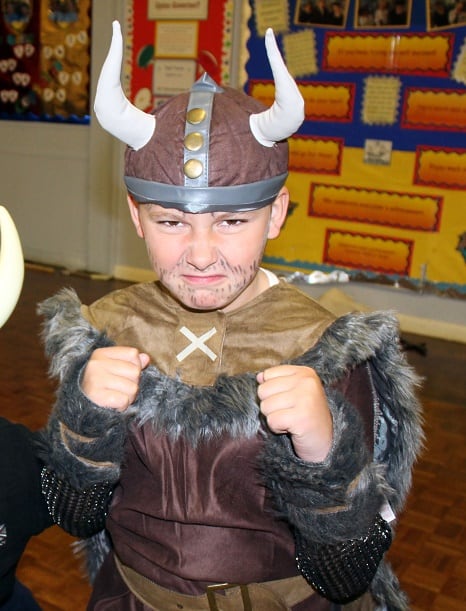 “Children are learning about how Britain was influenced by the Vikings and Anglo-Saxons, the invasions, settlements and kingdoms, place names and village life.

“In Design Technology, pupils will design, make and test their own Viking long boats, and in Science they will explore air and water resistance and friction.”