A former Broadstairs mayor and town, district and county councillor has passed away aged 81.

John Fullarton  was a Broadstairs and St Peter’s town Conservative councillor for a total of 15 years and mayor for three, with wife Sheila as mayoress.

John Boyd Orr Fullarton was born in Ayrshire in Scotland in November 1937.

He trained as a mechanical engineer but went to work for the Civil Service, a role he held for some 30 years mainly for what was then called the Department of Trade and Industry.

John worked in several places in the UK before settling in Ramsgate in 1978, mainly because he wanted to be close to the sea.  He finally retired from the Civil Service in 1989. 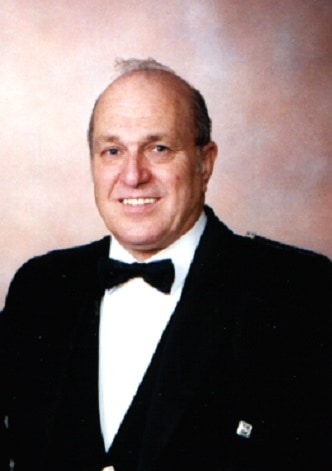 He sadly suffered a severe stroke in 2008 which affected his speech and mobility.  John passed away this month.

John and Sheila had two children, Lisa and Ian Fullarton, and one grandson, Joel.

Lisa said: “My mum and dad got married in August 1964 in Peasedown, near Bath

“My father was a very keen sailor. He had a small yacht for years and we used to spend every weekend on it.

“Over the summer we would sail across the Channel and spend a few weeks sailing from France up to Germany. He was also a very keen photographer and really enjoyed making films. He has many local events on film.

“I think most people would describe him as a unique character! He liked to be the centre of attention -hence why he really enjoyed being the mayor – but was cheeky and certainly enjoyed teasing people.

“He liked to think of himself as a bit of a ladies man! He also had a very kind heart and would be happy to help people out.

“My parents ran the Sunshine Club for a few years which was a local charity club for elderly people. They used to take members out on visits every month.”