Two new exhibitions are on show at the Joseph Wales Studios in Margate.

One is a solo show by Broadstairs artist Mark Hampson and the other is curated by him and consists of work by students past and present of the Royal Academy of Arts.

Marks exhibition -Want Sum? It Might Be Shite, It Might Be Magic – is an arcade installation incorporating sound, comic sculpture, animated video and large format print works.

It explores aspects of confused male desire and  violent and monstrous appetites, the flawed caprices of masculine identity and the exaggerated comic manifestations that this can lead to in macho image projection. 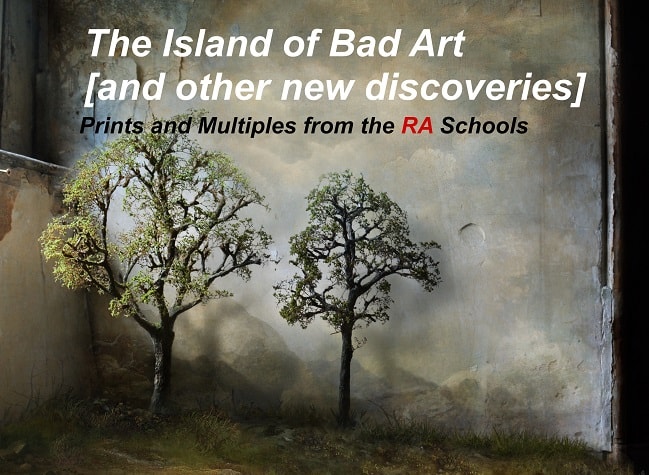 The second exhibition – The Island of Bad Art and Other New Discoveries – shows original prints and sculptural multiples created at the Royal Academy Schools.

The  diversity of artworks range from hand-drawn etchings to multi-coloured 3D digitally printed sculptures will be on show.

JMW Turner entered the Royal Academy Schools as a 14-year-old student in 1789. He frequently taught there during his long association with the RA and for 30 years he held the position of Professor of Perspective between 1807 -1837.  In this period he found much inspiration in his travels to Margate.

Artist, Mark Hampson lives and works in Broadstairs. When he is not in his Thanet home studio he is Head of Fine Art Processes at the Royal Academy of Art in London. During his career he has exhibited widely and internationally with solo shows in museums and galleries throughout Europe, Japan, Korea, in the USA and here in the UK.

Both shows run until Sunday, October 20.