Helping Thanet’s young people achieve success in the arts world – from creating works to building theatre sets– is the aim of an exhibition and mentoring scheme which has opened at the former Sunshine Café in the Dreamland cinema complex.

We Must Cultivate Our Garden is displaying work by Hartsdown students alongside that of Turner Prize winners and  nominees to mark the hosting of the top arts award at Turner Contemporary.

The exhibition, which features works from Tracey Emin, Damien Hirst, Jeremy Deller and others, opened at the iconic, Grade II listed building on Friday (September 13).

The former Sunshine Café has been closed since 2011. The Dreamland Cinema complex initially opened with considerable fanfare in March 1935. Following closure during World War Two, the cinema complex reopened in 1946 with the Sunshine Cafe as a billiard hall. Since then, the space has been a musical hall, a bingo hall and a childrens’ play area. Its last use, as the ‘Oriental Buffet’, ceased in 2011. The cinemas and bingo hall closed in 2008.

The 1930’s building is now the base for the exhibition which will raise funds for new arts and education charity The Sixteen Trust.

The Trust is working with Hartsdown students, with the aim of expanding this to the isle’s Coastal Academy Trust schools and then further afield, to show them how their talents and potential could be used to carve out a career in arts.

Trust founder Lee Cavaliere said the programme is linked to the aims of the Turner Prize, which promotes new art and artists and celebrates new works and potential, but is also there to show art and all the surrounding trades are accessible no matter what background you come from.

The message is enforced by the Turner Prize coming to Margate, without the funding that other hosts have been backed by, and the isle having some of the most deprived wards in the country.

He said: “This is the first time the Turner Prize has been hosted in an area that hasn’t got significant Capital of Culture funding behind it.

“The Turner Prize is about potential and this building (the Sunshine Café) has great momentum for that – it has a big history but also a big future.

“The Trust is working with schools and has artists and professionals as mentors to  kids aged 11 to 16. The idea is to show art is not just about artists but there is a whole process of creating culture from building theatre sets to long term collection care, carpenters, lighting, there is a whole infrastructure to arts that gets overlooked.

“The arts are seen as unviable for those from an economically challenged background but we want to show that there are opportunities and for the kids to see what they can achieve and what is possible.

“We want them to understand the real value they have in their community and our broader culture.”

Mentoring is offered in person and online through one-to-one sessions and video as well as other resources. Mentors already onboard include costume designer Helen Lovett-Johnson, Tate Britain head technician Mikel Hall, art lawyer Amanda Grey and many more. 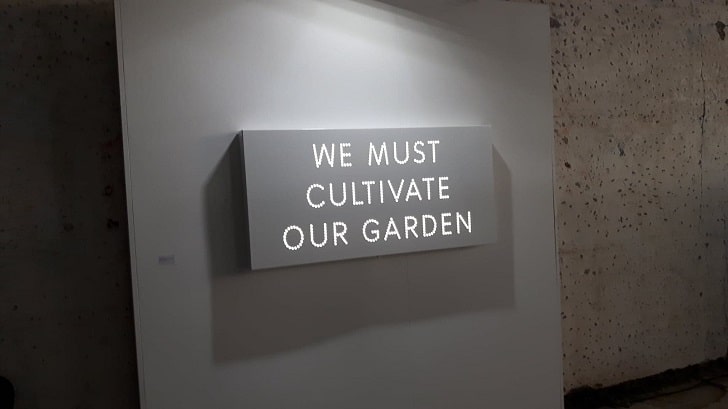 Paul Luxmoore, chief exec of the Coastal Academies Trust which looks after schools including Hartsdown, King Ethelbert and Dane Court, said: “This is about employment and regeneration through arts. A lot of our children do not have aspirations. Having professionals take an interest in them can sometimes be enough to get them on the right path and make them take themselves seriously.

“We want to see Margate, and Thanet, become an arts culture centre.” 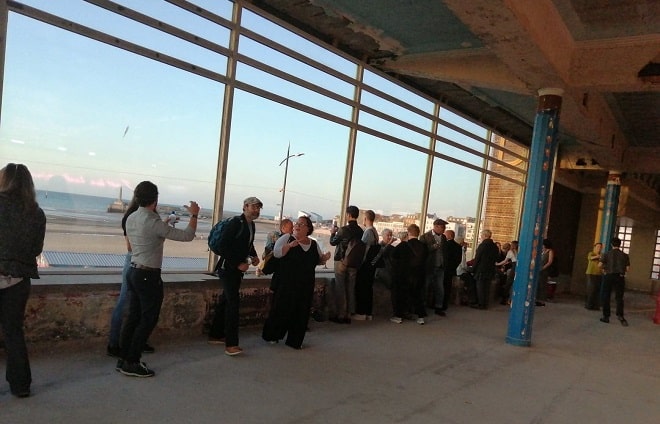 Teachers Harvey Ovenden and Tindara Sidoti-McNary have been working with the Hartsown students who produced work for the exhibition.

Tindara said: “A range of years are involved and it is from art lessons, workshops and working with projects like Arts Emergency, Open School east and UCA. There has been lots of outreach and getting kids connected to further education, looking at goals and the possibilities of being n the art world.” 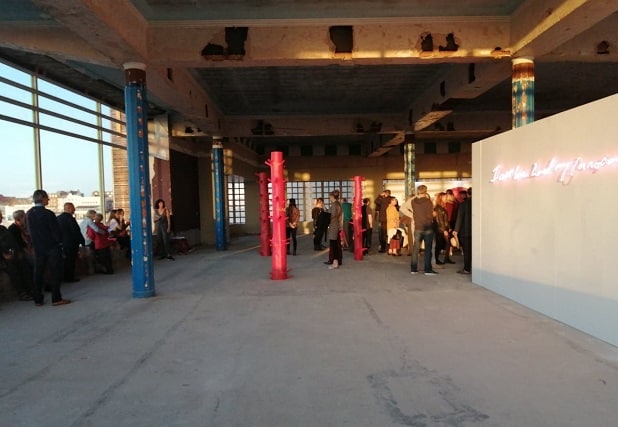 Hartsdown head teacher Matt Tate added: “Many of our young people grow up amongst some of the highest areas of deprivation in our country and it is our mission to deliver the very best quality education in order to help raise aspirations and transform lives.

“Hartsdown recognises the vital and urgent role that arts play in a high quality education. Margate has benefited enormously from the thriving arts scene that has taken hold in the town over the past few years. Now, with the support of The Sixteen Trust, our students will be able to benefit from this too as they showcase their own talent through this exhibition. 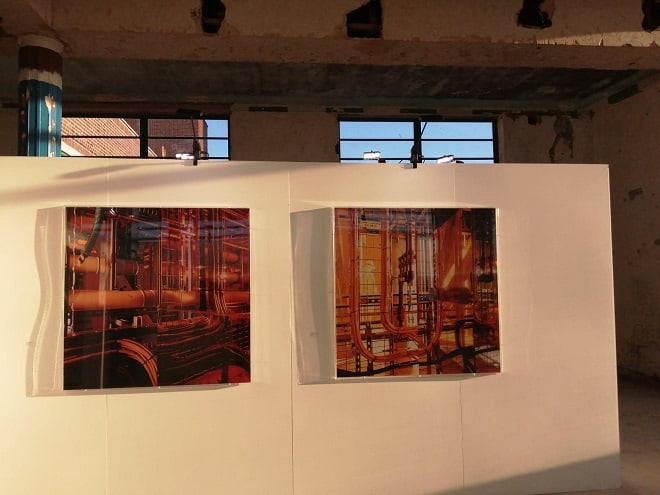 “The opportunity being offered by The Sixteen Trust is potentially life-changing for our students, the impact of being part of this project will be phenomenal and hopefully foster in them the skills and confidence needed to become the next generation of great British artists.”

The opening of We Must Cultivate Our Garden was also attended by Tracey Emin.

Tracey, known for artworks including My Bed, is converting part of the former Thanet Press site into an artist’s studio and one bedroom flat.

She has been in town working on art pieces as well as relaxing and catching up with friends. The artist, who has donated a neon piece to the exhibition, praised Turner Contemporary for raising Margate up and helping people connect with art. 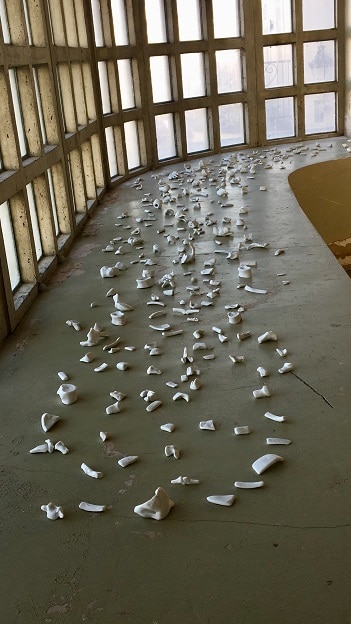 The Sunshine Cafe exhibition ‘We Must Cultivate our Garden’ will be open Friday to Sunday from 12pm until 5pm, from now until Friday, October 18.

The project is run in partnership with Thanet council, Margate Festival and Arts Council England