The Cervia steam tug, part of the Ramsgate Maritime Museum collection, is up for sale.

The 350 ton vessel was built in 1946 as a seagoing tug for use as a fleet auxiliary, She is powered by a 1,000 HP triple expansion engine and is a rare survivor from the pinnacle of steam ship development.

Cervia is the last sea-going steam tug to survive in UK waters and she was also the last to work commercially, being in operation until 1983.

Her last job was as port tug to the new cross-channel ferry service at Ramsgate, providing assistance to ferries in adverse weather conditions.

Cervia was eventually ‘mothballed’ alongside the East Pier at Ramsgate Royal Harbour following a final re-fit for a towage contract in Norway, which never materialised.

Cervia featured in “Rogue Male” starring Peter ‘O’ Toole and, as the “S.S. Greasy”, in the Monty Python film “The Curse Of The Claw” with Michael Palin.

In 1985 Thanet District Council’s Harbour Master and his deputy, who had considerable experience of historic ships, negotiated a loan of the tug and arranged for Cervia to be brought into the shelter of the inner harbour where she was moored in part of John Smeaton’s Historic Dry Dock. Later that month she was placed in the care of Ramsgate Maritime Museum, run by the East Kent Maritime Trust.

The EKMT Trust was granted a Manpower Services Commission project to restore Cervia, managed and funded by a Thanet District Council agency. 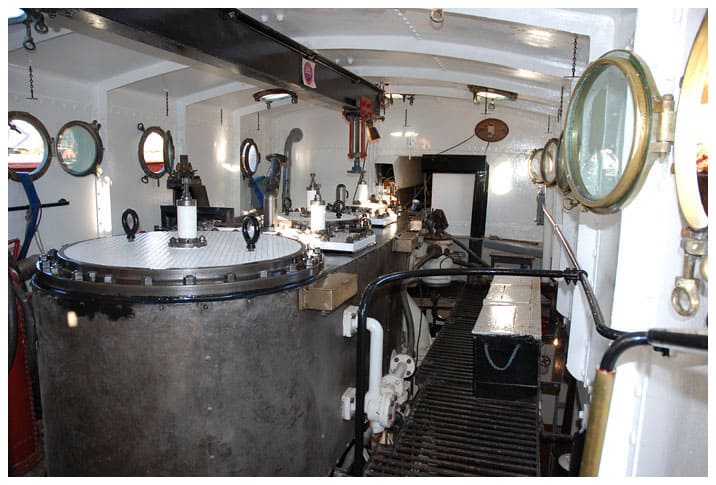 In 2008 The Ramsgate Maritime Museum was closed. EKMT became defunct and the Cerva and museum was taken over by The Steam Museum Trust, under the trusteeship of Michael List Brain, after a lease was signed with Thanet council in 2012. 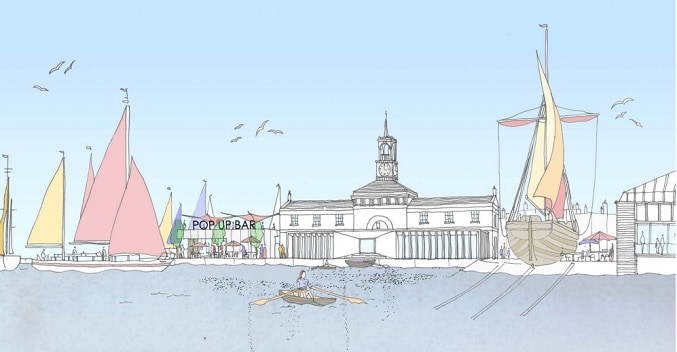 The museum closed again and then reopened in 2015 with volunteers on a seasonal basis. The Steam Museums Trust and The Ramsgate Society put forward proposals for the repair and complete restoration of The Clock House building; the reorganisation and curation of the Maritime Museum Collection by creating a modern heritage centre and exhibition space; the repair and restoration of the Smeaton Dry Dock, the steam tug Cervia and the historic boat The Sundowner; improvements to the Pier Yard car park, a pop-up cafe and bar and the creation of a business plan to secure the long term sustainable financial future for the project.

This however was put on hold when Thanet council said it wanted to carry out its own feasibility study. It is understood The Ramsgate Society have recently approached Ramsgate Town Council about reviving the plans and there has since been a meeting with RTC and TDC to discuss heritage lottery funding, Ramsgate and the maritime museum.

Ramsgate RNLI and fire crews were involved in an operation to keep the Cervia afloat in November 2018 after she started taking on water due to a ‘large hole; that the crew sandbagged.

According to the Charities Commission The Steam Museum Trust has failed to provide information on its finances within 10 months of the financial year end for 2018. If a charity misses its deadline, it receives a default notice.

The Cervia is listed for sale with ‘price on application’ by Preston Services.