The opening marks a fresh chapter in the journey by The Margate Caves Community Education Trust which took on the task of bringing the new community building and caves work to reality, following a six year campaign. 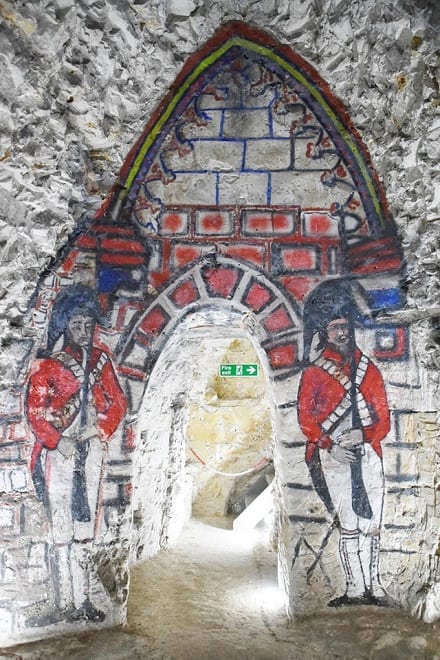 Excavation took place in February 2018 and, on the last day of the dig, an Iron Age skeleton was discovered. Since then work has taken place with research into past owners and looking into the origins of the cave murals. Graphic Alliance has worked on plans for the Interpretation on the site and High Peak Geotechnical have been in the Caves carrying out stabilisation works. 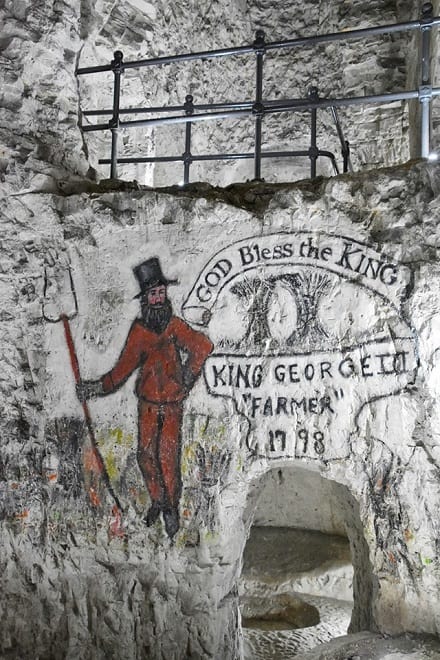 The new community building includes a large community room with kitchens that can be used either as a whole or split into two.

For people who can’t access the caves there are to be tablets so there is a digital tour with images of the site and paintings.

With the cafe, community rooms, admissions – all the funding will be funnelled back into the site.

Conservation work on the paintings has made them stand out but kept them as “authentic as possible.” 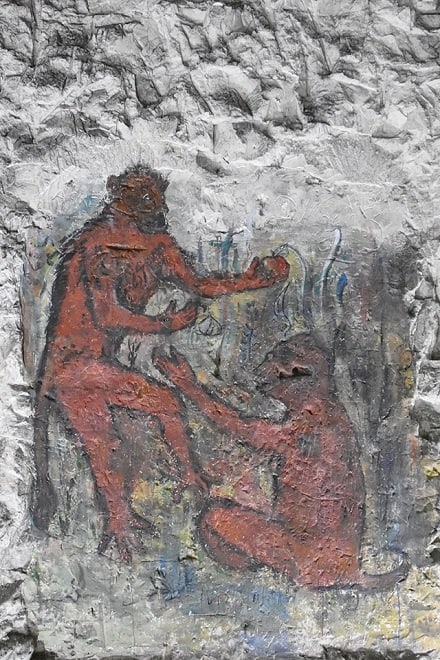 Graffiti at the site dating back as far as 1808, such as some from a member of the Dutch Royal Navy dated late 19th/early 20th century will be retained, the ice wells and fresh water – at high tide – can be seen and even the old entrance created by Forster is evident.

Following the opening of the Caves and community building a new fundraising drive will begin so work on the outside space can take place. 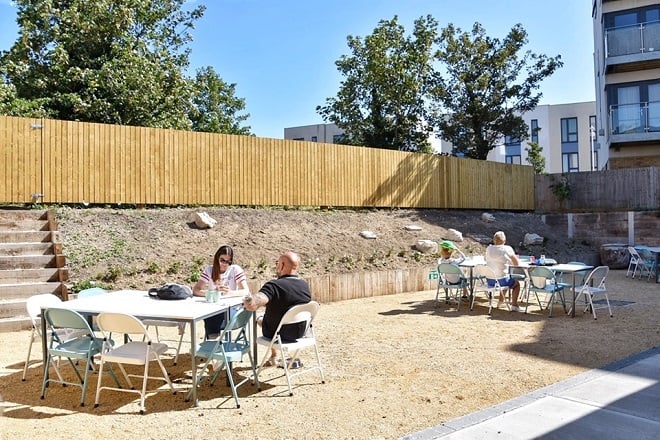 A wildlife area may be created and landscaping will retain and make a feature of tile fragments from Northdown House that were uncovered during the build.

Every day, 10am to 5pm,  including Sundays and Bank Holiday Monday. Daily opening continues until Sunday, October 27, when it switches to Winter opening hours,  11am to 4pm Fridays, Saturdays and Sundays.