Spice Girl Mel C will wow the crowds together with drag troupe Sink the Pink in an electrifying show for this month’s Margate Pride.

In its fourth year the celebrated community festival has more than quadrupled in size attracting families and grass roots organisations from across Thanet and beyond. This year Pride will see a week-long arts festival including the joyful Pride procession where everyone is welcome to celebrate all of the isle’s LGBTQIA+ life.

Mel C who has been touring with Sink the Pink all over the world will perform at Dreamland, 8pm on Saturday August 10.

Pride director and STP founder Amy Redmond says Pride, which this year marks 50 years since the Stonewall protests in New York, is still as vital as ever. She said: “It is clearer than ever that Margate is a proud town. Pride is as important in Margate as it is around the world. We are 50 years since the Stonewall riots and we can’t rest until all our LBGTQ+ brothers and sisters are treated equally.”

Pride March along the seafront – 10 August
A riot of colourful floats and costumes the parade leaves the Walpole Bay Hotel, Fifth Avenue, Cliftonville at 2pm. Among attendees will be Oasis domestic abuse service, Kent Fire and Rescue, Sundowners and more.

Mel C and Sink the Pink at Dreamland 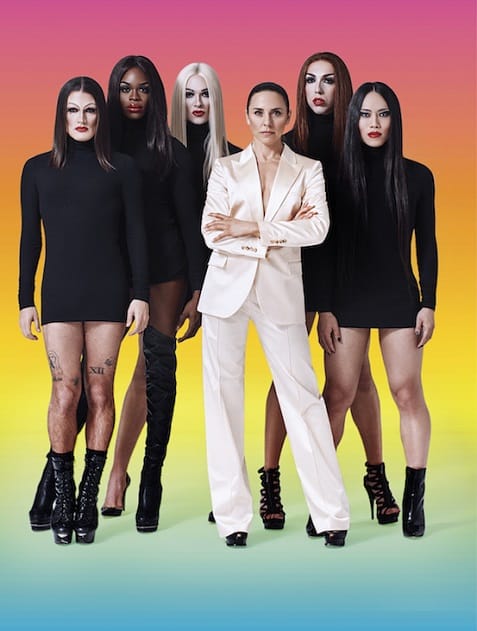 Revellers can head to Dreamland which will play host to  Mel C, backed by the Sink The Pink Spice Gurls on Saturday August 10. The gig is from 7pm-11pm. Tickets are £10 plus booking fee in advance and include entry and access to rides. Limited members tickets available in advance at £7.50 plus booking fee. Book here

Margate Arts Club DJs take over The Sun Deck on the Main Sands, followed by a disco at the venue itself (Northdown Road) from 9pm, join the after-party with Cockles &amp; Muscles at the Lido Cliff Bar or head to Margate institution Sundowners, the town’s long-established gay bar on Albert Terrace.

Gay Pool Party
Revellers can recover in the beautiful surroundings of the Walpole Bay Tidal Pool which
will host the world’s biggest gay pool party on Sunday 11 August.

To find out more visit margatepride.org.uk