Dressed in costumes from all the decades since the 1930s, St Gregory’s Catholic Primary Academy in Margate celebrated the school’s 80th birthday at the end of term.

Enjoying an afternoon, street style tea party, complete with strawberries and scones, the children performed songs from the decades since 1930 and entertained the special guest who included ex-pupils and staff, Mayor of Margate Mick Tomlinson and Sir Roger Gale MP. 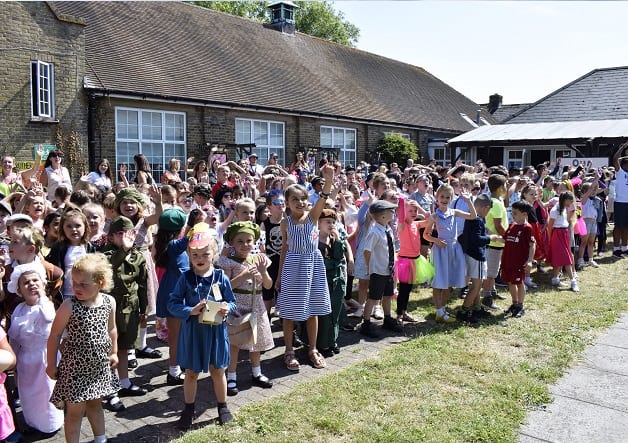 A school museum was created by staff members Tamara Rattigan and Racheal Ball, who were both pupils at the school in the late 1980s. 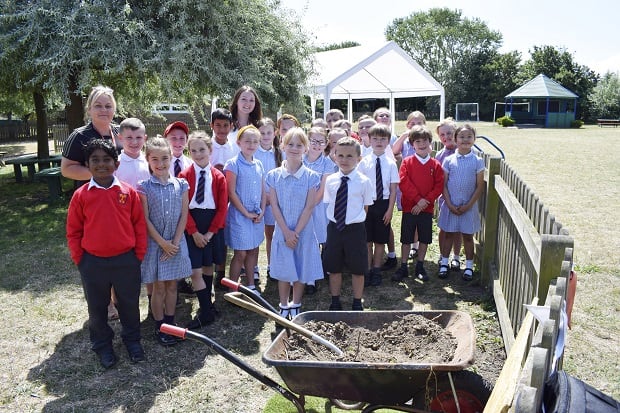 The school museum showcased photographs, newspaper cuttings, old uniform and the original school log books which will be exhibited at  The Tudor House in Margate over the summer holidays. 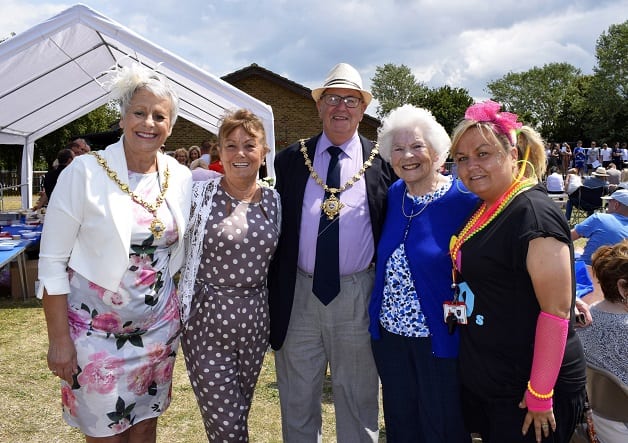 The children took part in burying a time capsule in the school grounds that included artifacts and objects from 2019.

Tamara Rattigan said: “One of the most special things about the day was the visits from ex-pupils and ex-members of staff, including Mrs Presley who was a class teacher at St. Gregory’s for over 30 years. 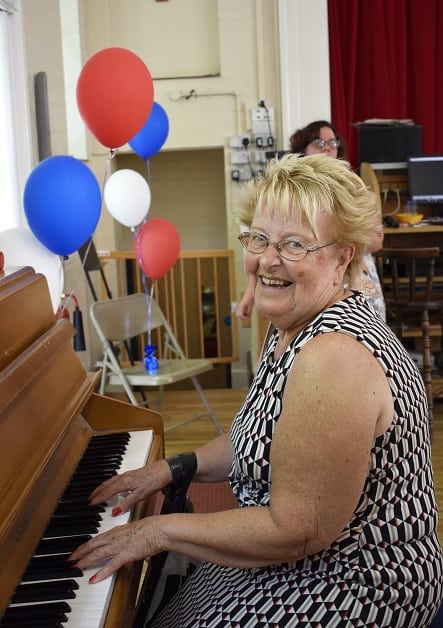 She even got to play a tune at her old piano which still stands in the school hall after all these years, and is still used daily by pupils for their piano lessons. 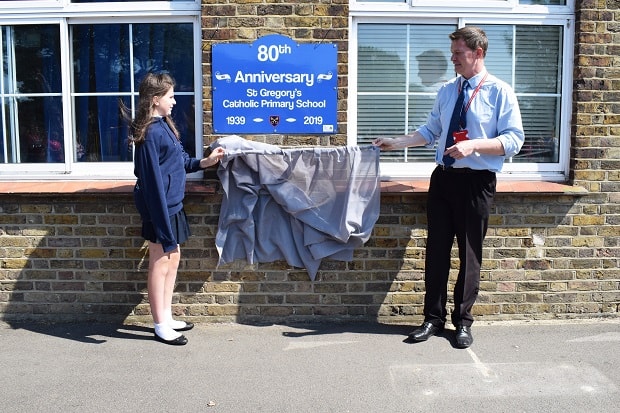 “We loved meeting our ex-pupil Bet Hazelton who joined the school in 1939, the year it was opened.  So many fond memories were shared during the afternoon. And with our parents and families enjoying the outdoor picnic, a wonderful school community – both past and present – were celebrated.”