Euromarine Insurance Ramsgate Week 2019 came to an end on Friday (July 26) with a prize-giving attended by the town mayor Raushan Ara.

It had been a memorable week with lovely sunshine and winds in the earlier part of the event, stronger than predicted. With over 50 yachts on the water the event provided a beautiful backdrop to the town, and also a welcome boost to the restaurants around the harbour.

Euromarine Insurance Services of Broadstairs were the headline sponsors for the year and had staff in attendance for a large part of the week. They were joined by local sponsors Miles & Barr, Page & Sons, Whitstable Bay – part of Shepherd Neame – as well as Icom radios. 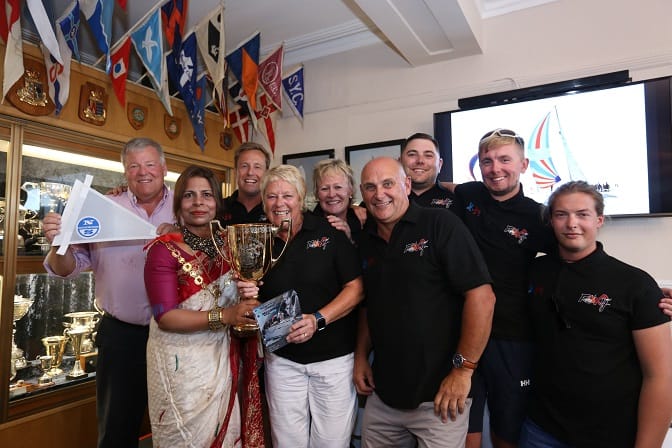 We were also pleased to have reporter Sue Pelling join us for a while, writing an article on the regatta, which has been running for over 100 years, for yachting magazine, Yachts and Yachting.

This year we had more entries of European yachts, with French, Dutch and Belgium all in attendance. One moment of drama was when one of the teenage crew from a visiting Belgium yacht, had to be taken to hospital suffering from acute appendicitis but they were back on the water a few days later.

And there were dramas for the British yachts too when favourite to win Oystercatcher XXXIII owned by West Mersea skipper Richard Matthews, had to retire after splitting its mast, and had to go off for repairs as its due to compete in the Fastnet.

Royal Temple Yacht Club past Commodore Mike Brand and his wife Jo were delighted after trying for 20 years to win the coveted Gold Cup for Fridays race and there was huge applause as they were presented with their cup by the Mayor Raushan. 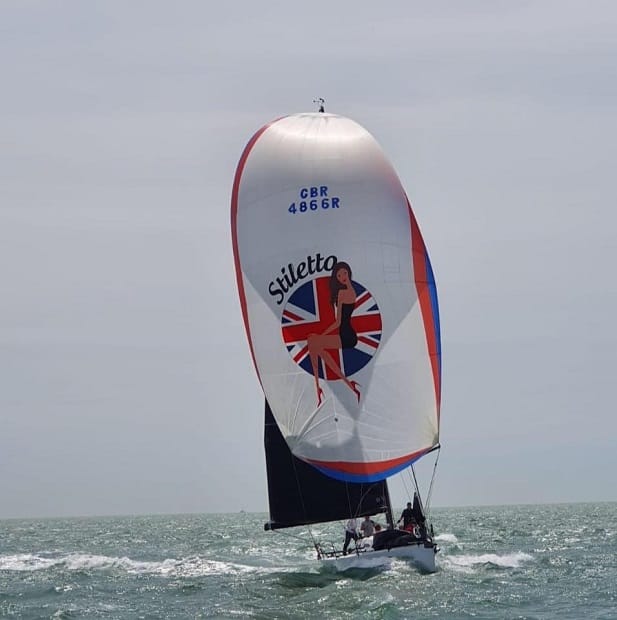 Another home win was for yacht Stiletto, with its recognisable spinnaker,owned by John Barrett and skippered by Paul Woodward. They won the IRC class 1 overall as well as the IRC Spinlock East Coast Championship and have just a few weeks to recover before they are off to compete in Cowes Week.

Full results for the week can be found at http://www.ramsgateweek.com/results-2019