A regular contributor to national magazines such as Private Eye and The Spectator, he is showing 15 of his favourite published works at the Four Candles in Sowell Street, Broadstairs.

Royston, 51, from Broadstairs, said: “I’ve exhibited cartoons in group shows all over the UK and internationally, but I’ve somehow never managed to get round to putting on a solo show. So what better place to start than the micropub at the end of my street? There are 15 gag cartoons on display so we’re calling it a micro-exhibition. I hope people will pop along to see it and have a few chuckles with their beer.” 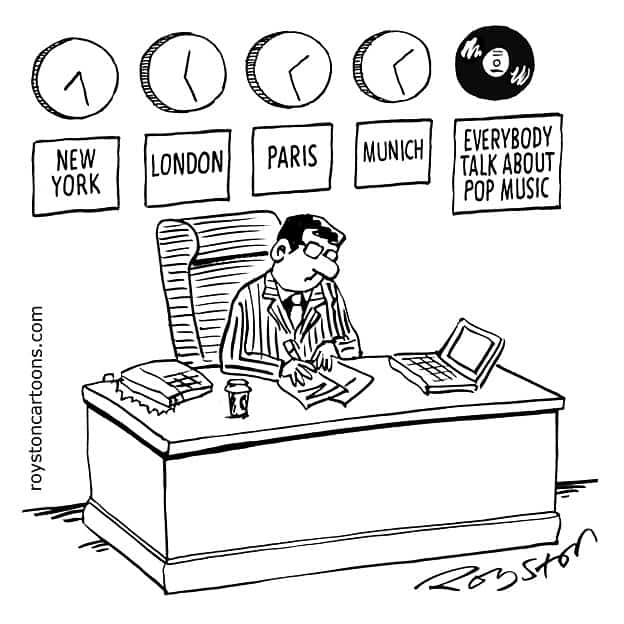 The cartoons are all available as signed and framed prints at £50 each, with £5 from each going to Macmillan Cancer Support, the Candles’ nominated charity.

Four Candles regulars will be familiar with Royston’s work as he drew a large board explaining the brewing process in cartoon form, and featuring many of the pub’s clientele, which has been displayed alongside the casks for the past four years. Prints of that cartoon are also on sale in the show.