The announcement of the resignation of Theresa May as Prime Minister was not a surprise.

There was every chance that the rules of the 1922 Committee would have been changed to allow for a further vote of confidence/no-confidence in her by the full Parliamentary Party and/or the potential for the Party Leader to face Constituency Chairmen from across the country on June 15 for an extraordinary general meeting with no-confidence on the agenda.

These would have been unpleasant and unnecessary events; unedifying and undignified. The option she has chosen is the right one; she has shown fortitude and a toughness under hugely difficult circumstances and we owe her a huge debt for her stoicism. Yet another Conservative PM falls because of our EU membership and fudged approaches to it but she must be the last: we need to deliver a proper Brexit, recognised by the country as such and approach the future with a smile as we enjoy the freedoms of returning to the global stage as a significant and respected player.

We now have a full summer of the Conservative Party under the spotlight as the twists and turns of our internal leadership election take centre-stage. Positions on Brexit will be key and will be a primary issue for me in making my selection. I wanted to leave, deal or no-deal on March 29. We simply must do exactly that on the new date of October 31. No ifs, no buts, no compromises and I’ll be looking for a similarly tough stance from my preferred candidate.

The first phase is in the hands of Conservative MPs as we whittle down the hopefuls through rounds of voting to the last two who will face the members of the Party for their final selection. The 1922 Committee of the Conservative Party, effectively the ‘club’ for backbench MPs (i.e. those who are not in the government) comes to the fore at this time.

Similarly unsurprising were the results of European Parliamentary elections, being a ballot no-one wanted, few respect and should never have been necessary. A huge win for the newly formed Brexit Party which to all intents had become the new glitzier and unsullied rebrand of UKIP.

The alignment of planets for such a tide of support could not have been better timed. We have singularly failed in Westminster to agree a Brexit plan and I’m guilty of that as I could not, and would not support the PM’s Withdrawal Agreement, as it would soon have been recognised as Brexit in Name Only (BRINO) as the reality of high alignment of rules, the inevitable Customs Union stopping independent trade deals, the hated ‘Backstop’ and the continued involvement of the EU in many aspects of our lives came into focus – probably just before a 2022 general election.

We Conservatives were perceived as the architects of this, and the reason why we hadn’t left on March 29 as promised. We deserved an electoral kicking and we got it. Turnout for these elections are always poor at about 30 odd percent; as ever many stayed at home. Contrast that with General Elections at 70 odd percent, but the message was clear – the direction (or lack of it) that Westminster is perceived to be taking is simply not good enough.

Whilst Conservative results were dreadful (I’m pleased that Dan Hannan, our MEP for 20 years was returned), the results for Labour were similarly bad. A mid-term election, with an unpopular PM, with an even more unpopular message should be fertile ground for the main opposition Party. It was not as voters were left clueless as to what Labour really want – have they become a remain Party after reneging on their promise to respect the referendum; do they want a new Customs Union; do they want a second referendum? Best ask them because I haven’t a clue. They rightly suffered as a result. 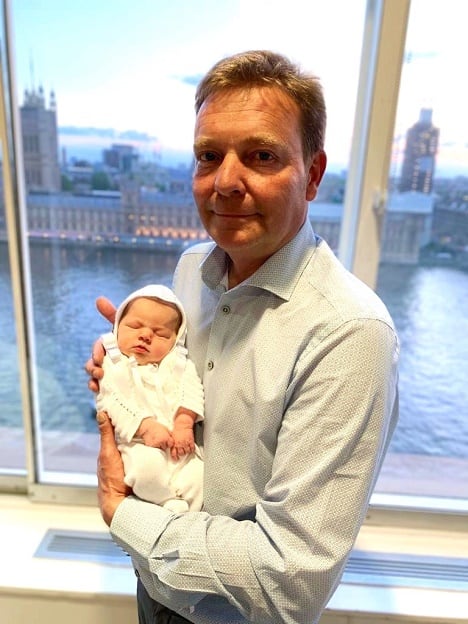 Finally, some good news – I am pleased to announce that my wife and I had our first baby – a little girl, Olivia, on election day. Both doing well.